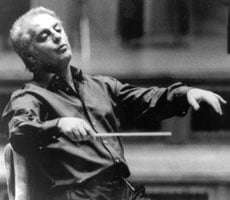 It says something for the perception we may have of the Vienna Philharmonic that if it plays Bartók, let alone Ligeti, that part of an eyebrow is raised in surprise. And the folksy confections of Enescu and Kodály also seem foreign to the orchestra’s nature (despite the geographical connections) – yet a previous-generation VPO made a spectacular recording of the Enescu under Constantin Silvestri (around 50 years ago!) and Ferenc Fricsay led a 1961 Salzburg Festival version of the Kodály that takes some emulating (matched though by a Tokyo account from Celibidache and the London Symphony Orchestra). Such recorded examples, while unhelpful to comments on a one-off concert, cannot help but throw a long shadow.

There was an inviting end-of-term feel to this mouth-watering choice of music – although the fuller audience played safe the night before with the VPO’s trademark Schubert and Bruckner – certainly in the ‘dance suites’ of Kodály and Enescu. The Bartók and Ligeti, both exploring the possibilities of orchestral sound, raised the stakes, though.

Bartók’s masterpiece was given a lacklustre account, only the non-vibrato timbres at the very opening (creating some atmosphere) and the decorative arpeggios leading to the climax of the third movement held in the air with any meaning. Otherwise, a lack of incision in the playing, some ‘pushed through’ phrasing and disjointed tempo-relationships undermined the edge and ‘roots’ of the music. Bartók should never seem functional or loosely connected.

The second half of the concert was advertised as Ligeti, Enescu and Kodály whereas the better arrangement was surely Galánta, Atmosphères, Romanian Rhapsody … which turned out to be the order! 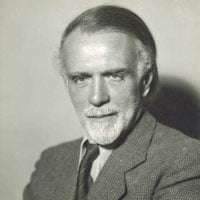 Kodály’s piece, truly distinguished by Peter Schmidl’s clarinet-playing, was teasing and florid, even Impressionistic, exuberant, detailed and unanimous, if just a little efficient rather than bubbly in the fastest music and which was also rather hard-pressed.

Atmosphères, György Ligeti’s 1961 ‘study’ (brought to a wider public through its unauthorised use in Stanley Kubrick’s film “2001: A Space Odyssey”) held the attention of all those in the Hall through its sci-fi suggestions (present with or without Kubrick) and sonic explorations (whether blowing through brass instruments or the imaginative use of the ‘inside’ of the piano). Daniel Barenboim, his left hand doing a good impression of Boulez’s conducting style, sustained the whole and the VPO responded with interest.

Hands up all who got to know Enescu’s (First) Romanian Rhapsody through “André Previn’s Music Night”? Phew, that was 30 years ago and more! From the VPO the opening contrasts of thoughtfulness and gaiety were well brought out, and Barenboim found his way into the personal core of the piece; yet, again, in the quickest passages the rhythms didn’t quite have the lift they need, similarly in the two Johann Strauss encores, Annen-Polka and Eljen a Magyar, the latter lacking that last degree of fire (the Carlos Kleiber ‘sizzle’, if you will, another recording, from the New Year’s Day Concert of 1989), and the former notable for a VPO cock-up of ensemble that, in this of all music, must be regarded as calamitous and worthy of a court of enquiry.