Organ Improvisation (on themes by Messiaen)

I may be wrong, in which case I apologise in advance, but I believe this was the first solo organ recital ever given in a Proms season. If it was, I should have thought that at least one work by a British composer ought to have been included, even though it would have had to sit cheek by jowl with a succession of French pieces few of which – at least, on paper – one would rush to enter a Parisian church to hear. 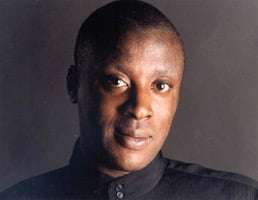 Of course, one might stroll in, after a mid-morning coffee and cognac, on the off-chance of hearing something worthwhile, but even so, on this auspicious occasion, there was little to write home about insofar as having a French programme to showcase this magnificent instrument. Here was a chance to commission a new work, but the moment has gone. If this had been the first concert of a, let’s say, refurbished instrument at the Trinité, as part of the leading French music festival, I doubt the organist there would have got away unscathed with an all-British programme of music by organist-composers of St Paul’s Cathedral.

As it happened, the first item, Jeanne Demessieux’s Te Deum, a clearly constructed piece in five sections, came as something of a revelation in purely musical terms. She was a really fine organist, and her work was brilliantly played by Wayne Marshall, although one could hardly describe it, hand on heart, as a very original inspiration.

We then had one of the seventeen works by Messiaen being heard at the Proms this season, marking the centenary of his birth, namely his Verset pour le Fête de la Dédicace, which in terms of structure lacked all the things that made Demessieux’s piece relatively – but only relatively – more interesting. In this work, as well as in his other piece, a Prélude, that ended the recital proper, one must realise that the actual sound of the instrument itself became part of his creative background.

This is not a criticism, but is meant as a statement of fact, and that aspect of mysticism, of religious ecstasy allied to a peculiarly French pietistic mode of chromatic expression – the inherent chromaticism deriving essentially from César Franck – is certainly a valid means of musical expression, but the experienced listener, whose knowledge is not solely that which is founded upon the lonely, improvisatory world of the organ-loft, wants – as Bach, Mendelssohn, Reger and (crucially, in this instance) Franck realised – more than subject-painting or idle meandering between Great, Swell and Choir on an off-day.

After all, on entering a Church, we all recognise depictions of the Crucifixion, as we can just as readily recognise birdsong outside, but the context – in which we hear the composer’s musical experiences emanating from these events – has variously to be organically, structurally, sound. If it is not, its relative meaning can be anything anyone – especially the composer and his disciples – wants it to be. Both the Verset and Prélude are somewhat insignificant pieces, and not just within Messiaen’s output. I should welcome analyses proving me wrong with regard to the significance of these relatively concise items being able to stand on their own feet without a famous composer’s name on the title-page, but had they been written by someone called Pierre Carbidier, say, I doubt if they would be heard at all, although no-one could deny Marshall’s dedication to his task. 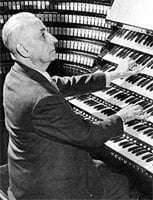 Marcel Dupré – like Jeanne Demessieux, a stalwart of the record catalogues of half-a-century and more ago – was equally renowned as an organist and composer, and his Second Symphony from 1929 proved to be another surprisingly worthwhile rarity. The toccata-like opening movement sounded quite magnificent under Marshall’s willing fingers and feet, and all in all, this was a real find in repertoire terms as music and as a piece eminently suitable for this particular instrument. The clarity of Marshall’s part-playing throughout the Symphony was wholly admirable, his registration consistently having the ring of truth.

Naji Hakim was Messiaen’s successor at Sainte-Trinité. His Pange Lingua – a set of short variations dating from 1996 – is one of his better works, although it does come across more as ‘organists’ music’ rather than ‘music for organ’; at times, especially as it builds to the concluding pages, there is an element of ‘going through the motions’ rather than causing us to wonder at the composer’s originality and power of invention, both of which appear to be in short supply in this work.

Finally, Wayne Marshall demonstrated one of his great strengths – that of improvisation. For those who cannot get enough of our centenary celebrations, in any form, his improvisation was based upon three brief themes by Messiaen. This was really something – superb playing, thrilling and moving by turns, and a conception which showed this wonderful instrument off to its full advantage, unlike some of the stuff we had to sit through dutifully, as though we were in church, half-attendant on a rather inept sermon, before this fiery and brilliant conclusion woke us up.