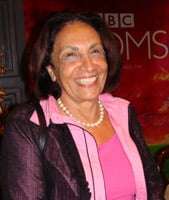 The humanitarian intentions behind the founding of the West-Eastern Divan Orchestra by Daniel Barenboim and the late Edward Said can only be most warmly applauded. One might hope that the policy of bringing young musicians from Israel, Palestine and various Arab countries of the Middle East together could be widened. If only.

But to focus on the music; here was a well-contrasted programme whose execution was characterised by committed and empathetic orchestral playing. Whatever doubts one might have about Barenboim’s approach from the interpretative viewpoint, he has undeniably honed this disparate group of musicians into a formidable ensemble.

Four members of the orchestra – the remainder of whom were unnamed in the programme at their own request – provided the concertante group in Haydn’s genial creation. At first somewhat diffident, violinist Guy Braunstein gradually flowered and made his mark in the passages in the finale intended for Haydn’s London promoter Salomon. Hassan Moataz El Molla was confident in the high-lying cello writing, whilst Ramón Ortega Quero provided phrases which were alternately expressive and perky, as appropriate, and Mor Biron revelled in the bassoon’s sometimes mischievous interjections. In fact, the solo quartet provided the requisite character in this performance, as the accompaniment was delivered in rather a poker-faced manner. The finale, in particular, should surely have more charm than it was allowed on this occasion. The personnel of the orchestra were quite numerous and sounded a degree or two too heavy, too Beethovenian, with woolly timpani and less than incisive attack rather blunting the music’s personality.

This ‘soft-grained’ sonority made for an unusually ‘romantic’ view of Schoenberg’s perceived-to-be ‘thorny’ Variations. I prefer this music to be delivered with a rather harder ‘edge’ than Barenboim chose to give it. Certainly there were some mellifluous sounds from the solo winds as well as luxuriant string tone, though I’m not at all sure that these qualities are entirely appropriate to this score. But the performance – impressive though it was in many ways – was fatally compromised by Barenboim’s insertion of pauses between the sections of the work which are not indicted by the composer – or elongating those that are. And the weird fluttering sounds of Variation 7 should surely sound more disconcerting than they did in this comfortable reading.

With the Fourth Symphony of Brahms, Barenboim chose what might be called an ‘interventionist’ approach, with some extreme tempo modifications, unmarked – or exaggerated – ritardandos, all of which the orchestra followed willingly. However, such a view of this particular work served only to make it seem episodic – the very last thing Brahms would have expected or intended. One again, the playing per se impressed, though more-biting timpani-playing would have been welcome along with more-brazen trumpets, especially in the scherzo which did not assume the “steely brightness of mood” promised by Calum MacDonald’s excellent programme note.

As a generous encore, Barenboim introduced and conducted a sonorous and flexibly paced account of the Prelude to Act One of Wagner’s “Die Meistersinger von Nürnberg”.