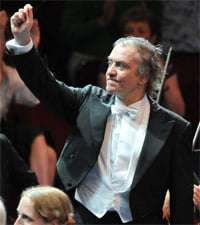 On the 50th anniversary of the United Nations in 1995, Sir Georg Solti (1912-97) founded the World Orchestra for Peace, its players drawn from numerous orchestras, many of them concertmasters and section leaders, the orchestra having no existence outside the very special occasions that call it into being. When Solti died suddenly, shortly before a WOP concert, Valery Gergiev was invited to conduct in his place. Here he joined them on this special occasion (as he has done for all its concerts since his debut) to mark the fifteenth birthday of the orchestra, and the 150th-anniversary of the birth of Gustav Mahler. Earlier on this Proms day the orchestra was made a UNESCO Artist for Peace; so fitting a tribute to that great humanitarian Solti. The day following the WOP was due at the Großes Festspielhaus in Salzburg to mark the 90th-anniversary of the Salzburg Festival.

These two Mahler symphonies made for a superb evening of music. The Fourth’s child-like view of the world reminded constantly of the need, in this war-torn world, to preserve the joys of childhood innocence, whereas the Fifth, with its stern view of the planet (death is no longer romanticised) makes the journey from darkness to light and tells us that the path to salvation often takes-in dangerous ways.

The quality of the playing of the WOP was phenomenally secure. Surprising, though, was the feel that the players had for each other. The first three movements of the Fourth can too often become too similar, yet these players exposed the jubilance of the first, wryness of the second, and both the restful and violent natures of the third – children can be naughty and innocently deceitful, as well as angels. It was a traversal helped by Gergiev’s hands-off approach. His LSO Mahler cycle at the Barbican Hall a couple of years ago was marked by him pulling the music all over the place in grotesque fashion. Here, and in the Fifth, organic growth was allowed, and the music benefited enormously. 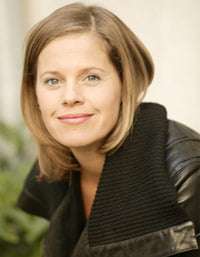 Camilla Tilling offered the child’s childish vision of Heaven, a voice purposefully devoid of enhancement, so capturing the often-silly words (though Deryck Cooke’s often-used English translation found in the programme does not quite capture the colloquial idiom of the German text, from “Des Knaben Wunderhorn”) whilst projecting them ably in this cavernous hall. A pity that the final utterances, from the double basses, were consumed by a persistent electronic buzzing noise (from the intrusive cameras, maybe).

The Fifth symphony lived and breathed an altogether different world, and was marked by superb individual contributions. The perilous trumpet fanfare that opens the piece was spot-on, and then the movement took off with a determined tread. Gergiev did come unstuck in the second movement, its many violent mood swings not navigated clearly enough. However, the huge scherzo (part two of the three-part symphony) found plenty of rustic charm – rough edges echoing the Fourth Symphony’s – and the Ländler episodes breathed charm.

So often the fourth-movement Adagietto (for strings and harp) is heard out of context; here it was played as the warm outpouring it is, a love-letter to Alma. A glorious finale then ensued, Mahler’s contrapuntal writing vivid and attacked, though he did rush, rather than savour, the glories of the return of the chorale. Gergiev’s Mahler now seems worth investigation, much more considered than hitherto rather than solely painted in primary colours.