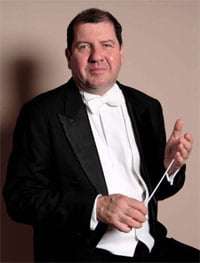 “Sorry – there are no tickets available” is a message you don’t often see, even on the Royal Opera House website, since it’s generally possible to scrounge a barely-in-the-house perch for about a tenner, or an oh-hell-let’s-join-the-suits armchair for a cool £194.00 or so. We had all been planning to line up for day seats or pray for returns for the eagerly anticipated production of Handel’s great opera Tamerlano, which premieres on March 5. Sadly, Plácido Domingo had to withdraw from the production, but it’s heartening to note that only a few tickets have been returned – so the appeal here is not just the star name, and rightly so.

Bajazet, the first illustrious tenor role in opera, will now be taken by the experienced Handelian Kurt Streit, Graham Vick directs, and the title part is sung by the hottest mezzo around, Christianne Stotijn. Ivor Bolton, who is especially identified with Handel’s operas and had a resounding triumph with “Tamerlano” in Munich, will conduct the Orchestra of the Age of Enlightenment.

Ivor talked to me first of all about the incredible achievement of Handel in composing three masterpieces – Giulio Cesare, Rodelinda and Tamerlano within the space of a year – “I think it was Winton Dean who said that this was unique in all opera, and all the more remarkable because they were all great successes, although Tamerlano is not so often performed today as the others are. It’s not hard to see, or rather hear, why – the work needs the greatest singers just as much as Il trovatore does, and its tragic ending does not exactly make you leave the theatre humming with joy, although in the best hands it can be as searing an experience as the demise of King Lear.”

The key role of Bajazet is usually taken by a lighter voice than that of Domingo, and Kurt Streit’s vocal style is more akin to that of John Mark Ainsley, whom Ivor conducted in the role in Munich. In fact, says Bolton, “Bajazet is not all that high, it has a low A sharp so it’s not one of the highest and in fact Handel actually re-wrote the part for Borosini, whose voice he did not know when he began the opera. He transposed some parts of it down, and it was usual for Handel to adapt his writing to the voices at his disposal.” The role requires great powers of characterisation, since not every forty-something can successfully emulate an elderly, tortured soul. Bajazet is, says Bolton, “The only really great Handel tenor role written as a full operatic piece” – all the other tenor ones being like Jephtha, from oratorio – “and the situation and character are deeply noble, in that we have a grand heroic character, a worthy enemy of the great Tamburlaine.” 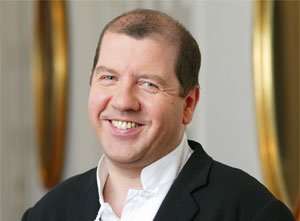 According to the conductor, we are in for a treat with the coming production – “Graham Vick is one of those genuinely musical directors who really has a grip on the narrative and character of the work, and this production won the Italian Critics’ Abbiate Prize when it was first seen. It respects the eighteenth-century in that it has a modicum of spectacle, with scenes building thrillingly, but not in an overblown way – you can have too much of the ‘all-singing, all-dancing’ style of Handel opera production, but that’s not what this one is about. As always with him, Graham probes the emotional depths of the piece; it’s not going to be what Peter Jonas used to describe as a ‘Sauna Opera’ where you can bathe in a warm aura of comfort – it does challenge, and that’s partly what opera is for, in my view.”

We are of one mind in this, and Ivor expressed his admiration for the work of Christof Loy, “at the other extreme from the Bollywood style, pared down to the essentials of the drama, and with such an intellect behind it, so much wisdom and profundity.” Ivor will collaborate with Loy at this summer’s Aix-en-Provence festival, with a new production of Gluck’s Alceste, and after Tamerlano he will be headed to Barcelona for Die Entführung aus dem Serail.
Bolton is Chief Conductor of Mozarteum Orchester Salzburg and is also strongly associated with Freiburg Barockorchester. “We opened the Salzburg Festival last year, and that’s quite a big statement, for Salzburg to put a baroque orchestra in the pit – especially considering that the Vienna Philharmonic don’t really like the idea of anyone else occupying it!” He regards the Freiburg as the “Rolls Royce” of baroque groups, owing to its “much richer sound, and they have stayed together, bolstered by the wonderful environment they have over there, one which is just not possible here with its endless bureaucracy, not to mention the general lack of support for the Arts.”

The state of the nation is a subject dear to Ivor’s heart, and you get the impression that he’d be willing to talk about it all afternoon – the son of a train-driver and grandson of a miner, he was given his chance via the scholarship system, and went on to Cambridge. He says with great feeling that “the end of the Grammar School system just meant that instead of ten boys from my council estate going to an academic school, only one did – and I was that one. It’s scandalous, too, that such things as music are so downgraded in our schools now, with so little support given to the Arts in general, and there’s so little concentration on excellence.” He feels the next election offers “scope for a much, much more radical agenda…”. We could have talked about this for hours, but Ivor has a rehearsal to return to, in preparation for one of the operatic events of the season.