With the threatened closure of Pizza on the Park this summer, is the already tiny cabaret scene in London completely doomed? Michael Darvell hopes not but has his doubts… 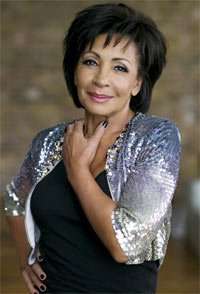 Fifty years ago London nightlife was thriving. Nightclubs abounded in the West End and it was possible to have a good evening out, dining and dancing with entertainment by a floorshow, bands and singers without totally breaking your bank account. In the 1960s you could go to the Talk of the Town (also known as the Hippodrome) on Charing Cross Road, enjoy a three-course dinner, watch two floorshows and a revue with the likes of Shirley Bassey, Ethel Merman and Judy Garland, and dance to two bands, all for fifty-five shillings, which today is only £2.75. Add drinks. There were other clubs too, such as the Astor in Berkeley Square, Edmundo Ros’s Club in Regent Street, Murray’s Cabaret Club in Beak Street, L’Hirondelle in Swallow Street, Danny La Rue’s in Hanover Square, the Pigalle in Piccadilly, The Stork, The Society, Churchill’s, The Establishment, the Gargoyle, Winston’s. The list goes on. Only the Pigalle survives in name only as it is in a different part of Piccadilly, the site of the old Ciro’s club.

Jermyn Street Theatre backs on to the Pigalle and it’s in the basement of what used to be a waiters’ changing room for the Italian restaurant upstairs. It often stages cabaret and musical shows but what London needs, if Pizza on the Park finally closes, is a dedicated room for cabaret. The Arts Theatre near Leicester Square also takes musicals and cabarets while the Apollo Shaftesbury Avenue will have Debbie Reynolds in residence from 29 April, because there is really no other cabaret venues in London for the big names (usually from the US) to play. The Ritz started cabaret in the 1980s but a change of management saw them come to an end; the Café Royal had a good run with The Green Room which opened with Michael Feinstein and in its day featured Barbara Cook, Eartha Kitt, Cleo Laine, John Dankworth, Salena Jones, Cybill Shepherd, Anthony Newley and David Soul. But its heydays eventually came to an end. 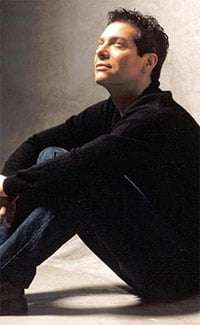 Feinstein, who runs his own cabaret room in New York, Feinstein’s at Loews Regency, tried to open a branch in London at the Shaw Theatre, but it just didn’t get the support it needed. Doesn’t London want cabaret? Maybe the answer is yes, because if audiences have been deprived of the real thing for so long, they literally do not know what they are missing.
It is therefore good to report that at least one new cabaret place in London seems to be thriving. Bellamy’s, that charming and elegant restaurant in Bruton Place, Mayfair, tested the waters last year with appearances by John Standing singing Noël Coward, Nicky Haslam with Cole Porter and Mark Nadler doing his crazy act as the world’s only tap-dancing pianist. All the performances of one week each sold out. This week (22-27 March) Bellamy’s are starting again with a show called The Mayfair Songbook. Mayfair is the sort of neighbourhood where you would expect to hear Noël and Cole and, although the performers in The Mayfair Songbook are young singers, the repertoire is strictly classic nostalgia. Brother and sister Hal and Lara Cazalet with Eliza Lumley as the third member of the singing trio are checking out the songs of Kurt Weill, Ivor Novello, Rodgers & Hammerstein, the Gershwins, P. G. Wodehouse and others including, in his eightieth birthday week, Stephen Sondheim. Musical accompaniment is by Stephen Higgins, conductor and pianist, who has worked at Glyndebourne, the Royal Opera, English National Opera and Scottish Opera.

Hal Cazalet, who has performed in cabaret, concerts and opera throughout the UK, has recently had rave reviews for his performance in Opera North’s Ruddigore. He has also performed his own songs and those of Porter, Coward and Sondheim at Carnegie Hall. His sister Lara is known from the television series of Hustle, Waking the Dead and Judge John Deed, as well as her West End and fringe-theatre work. Hal and Lara are the step-great-grandchildren of Wodehouse, hence the inclusion of his lyrics in The Mayfair Songbook. They have recorded some his songs on The Land Where the Good Songs Go. Eliza Lumley is a former Cambridge choral scholar from Trinity College. Her stage appearances include Mamma Mia! in which she created the role of Ali, and she was Mrs Banks in the London production of Mary Poppins. She has appeared at Ronnie Scott’s, Pizza Express Soho and Pizza on the Park, which is where we came in.

Following the possible closure of Pizza on the Park, should there be a sudden complete dearth of cabaret venues in London, it is to be hoped that Bellamy’s will go on flying the flag for the sadly underappreciated art of cabaret. After all, it’s what living in London is all about.