Mansel Stimpson talks to the Cuban soprano who adores Massenet… 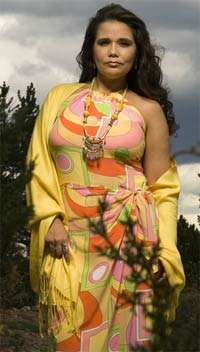 The last opera to be programmed in the present season at the Royal Opera House is a work never before presented there: Jules Massenet’s Cendrillon. Charles Perrault, whose version of the Cinderella tale is world famous, was French, but it is Rossini’s La Cenerentola and not Massenet’s treatment of the story which is a regular part of the operatic repertoire. In contrast to the Italian piece, the French one features a fairy godmother (a role now closely associated with Eglise Gutiérrez). Arguably it also has a fairy godfather since Cendrillon reaches London as the latest in a series of Massenet works (Manon, Werther, Thaïs) to have come to this stage (Thaïs was in concert form) aided by the enthusiasm for this repertoire of The Royal Opera’s music director Antonio Pappano. And if you are looking for a further touch of magic it is there in the ecstatic response which greeted this production directed by Laurent Pelly when first staged at Santa Fe Opera in 2006.

As for Eglise herself, she declares more than once her gratitude for the trust that people have put in her. “He didn’t care who I was: what he cared about was what he heard, and he believed in my talent.” Eglise is talking about her first meeting with the conductor Daniel Oren. That important encounter occurred when she went to Italy to undertake an audition tour. They met in Trieste and the impact of her voice was such that he gave her four contracts. But the same comment could just as validly be applied to others including Covent Garden’s casting director Peter Katona. When she arrived in London in September 2009 to make her debut at ROH (for two concert performances of Donizetti’s Linda di Chamounix conducted by Mark Elder), she already had contracts to return for Cendrillon and for Bellini’s La sonnambula (November 2011, conducted by Oren). She would also have been Gilda in Rigoletto had not motherhood intervened (her baby girl, behaving perfectly, is present in the dressing room as we talk). 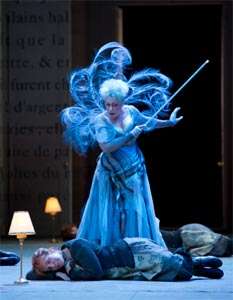 Eglise’s CV reveals that she studied in Miami and Philadelphia, but the story of her life in music begins before that. “My first training as a singer came in Cuba where I grew up, but when my musical studies started it was with the classical guitar. I was encouraged in that by my mother and by others who thought that I had a very good ear for music. That took me to a school for the arts but the voice only started to feature later when I attended the Instituto Superior de Arte. I hadn’t grown up listening to opera and, as I look back on it, it is in a way very funny to remember that as a fun-loving teenager I would make fun of opera singers and the sounds that they made. My preference then was for a quite different kind of music and I was also hoping that once I had graduated on the guitar I could go on to acting classes. However, a friend of mine who liked my voice suggested that I go where voice was taught alongside acting. I was in doubt about that because I said openly that I didn’t like opera. However he convinced me and thus I set out on the path which was my destiny. An absolutely vital moment came after I took up this suggestion of his. One of my coaches gave me a cassette of Maria Callas and when I heard her coloratura I fell in love with opera instantly. From then on I knew that it was what I wanted to do.”

It was in 1997 that Eglise came to America initially spending two years in Miami where two important events occurred. The first was that she was given an opportunity to sing in a theatre, from a company noted for the presentation of zarzuelas. “They were one of the most important companies doing that and I appeared in the title role in Cecilia Valdes by Gonzalo Roig.” The other development was to prove even more crucial. “I found a wonderful voice teacher and it was he who not only advised me to focus on the lyrical coloratura repertoire but also urged me to go to the Academy of Vocal Arts in Philadelphia. That was tough because they only accept five or six people in any one year and applicants come from all over the world. However, I auditioned and I was successful.” 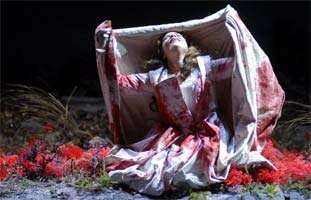 On arriving at the Academy in 2000 Eglise started what would be a study period lasting four years. “I did La sonnambula for them and that was very important because it was the first opera I had ever done. But they would also release you to do work elsewhere and so it came about that I made my first professional operatic appearance in Bogota, Colombia in August 2003.” The opera was Lucia di Lammermoor which she would memorably reprise in a new production at the Teatro Colon in Buenos Aires in the 2004-05 season. By that time she had become a noted competition-winner and was also developing a career in the concert hall and recital room; the very first she did in Europe was at Wexford where her programme brought together Russian music, Cuban songs and items from opera. 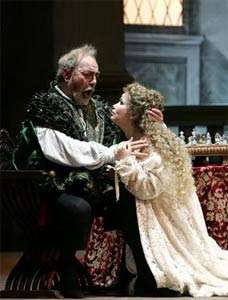 In the opera house Eglise’s repertoire has emphasised Italian and French works. After she encountered Daniel Oren he conducted her in Rigoletto and Turandot (that was the first time she had appeared as Liù) while other Italian roles she has taken include Violetta in La traviata, Elvira in I puritani, Giulietta in I Capuleti e I Montecchi and the title role in Donizetti’s Maria di Rohan at the Wexford Festival. But French music has become no less important. “It started in the 2004/05 season when I auditioned for Sarasota Opera in Florida. That was perfect for a young singer because I think it is always best to begin in a small pace and then develop. They gave me nine performances there in the title role of Lakmé. After that I auditioned for Eve Queler and she immediately gave me the opportunity to do so many things: there was Ambroise Thomas’s Mignon at Carnegie Hall, and then I reprised Lakmé.” The latter occasion won Eglise an overwhelming response and she went on to end the 2005-06 season with the acclaimed Cendrillon at Santa Fe.

The Covent Garden staging of the Massenet has a new Prince Charmant in Alice Coote and a new conductor in Bertrand de Billy, but Eglise as fairy-godmother and Joyce DiDonato in the title-role renews their 2006 partnership. Joyce, for whom that was a first encounter with Massenet, has described her feelings in Covent Garden’s magazine About the House: ‘I’d say of this production that it’s the most splendid I have ever been part of’. I have hardly finished quoting this when Eglise bursts in with “Me too! Me too!” The enthusiasm is exceptional, and down to Massenet and to Laurent Pelly in equal measure. For Eglise this is her third involvement with Cendrillon, her debut at L’Opéra Comique in Paris earlier this season being the second, earlier this season). “The music is unbelievably beautiful and there’s a magical rightness to it whichever character you look at. However different it may be from the more familiar Massenet operas you can always recognise who the composer is, and when it comes to the music for Cendrillon and the Prince it has an intense quality to it. As for my role, I love it and every time I sing it I discover new things: but that’s the way with any good operatic role. You return to a part and each time you learn more and that, I believe, goes on until you die.”

Turning to what Laurent Pelly brings to this work, no praise can be too high. “Two things are equally important: one is that all the music is so ravishingly beautiful and the other is the way that the production is handled. When that combination yields magical results, as it did in Santa Fe, you just fall in love with it. And that is also what is happening right now here in London. You can’t find words to do justice to the sets and to the dresses and then there’s the cast. I love Joyce so much, and now that I am working with Alice Coote for the first time I find that she too is wonderful. What is more, this is a very good piece for the chorus. They participate a great deal and have so much to do.”

Regarding Eglise’s own role, the fairy godmother, a part noted for its coloratura, appears in three of the opera’s four Acts. “I am not in Act Two because that is set in the Prince’s palace where the fairy godmother does not go.” That particular setting does, however, provide a chance for yet further colour because it includes a ballet when eligible princesses appear before the Prince. There are also dance elements in other parts of the opera and one again finds variety beyond expectations in the character of the fairy godmother. Usually such a figure is simply a benign, saccharine presence. Not so here. “She’s very tough: a strong character who is sometimes amusing but at other times not. Certainly she knows that her aim is to get the Prince and Cendrillon back together but she is also a joker and ready to test them, even perhaps to let them suffer a little. This mixture is a big challenge because Laurent’s ideas mean that I have to do so many different things. But it’s exactly that which makes me love the role and his handling of it: it’s like a rainbow with all its colours. I am so grateful to be at Covent Garden for this production. It is wonderful to find people like Peter who trust your talent because, given that there are so many singers to hear, no one has to do that. The repertoire I am doing is something I love and not everybody does bel canto all that often. That makes me thankful to be given these various roles and to be part of the world of opera. It makes me work hard, and I hope that it makes me a better person and a better singer. To have that challenge and that opportunity is so tough yet so magical, and very, very important to me.”