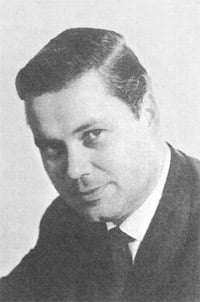 The death of the great German baritone Dietrich Fischer-Dieskau (on 18 May 2012), only days before his 87th-birthday, has understandably sent shockwaves across the musical world. The first reaction of music-lovers and radio presenters will be to reach for some of his recordings – but which ones? He made more records than any singer before him; and it is a fair bet that no one will match his achievement in the future. As most people will be bewildered by the choice on offer, which will only be increased by the inevitable memorial releases, and as a younger generation has already arisen that did not hear him in his prime, one listener’s perspective on what I call the Dieskaugraphy may be useful.

The facts of his life are relatively simple; and as with most musicians the early years are the most interesting. He was born in Berlin on 28 May 1925 and his headmaster father did not add his mother’s name Dieskau to the family name of Fischer until 1934. It was a cultured, music-loving home – elder brother Klaus became a distinguished choral conductor – and Dietrich was brought up to appreciate German poetry. One thing he did not welcome was being forced to join the Hitler Youth. At 16 he began voice-training with Georg Walter. His first performance of Schubert’s Winterreise, given at school in 1943, was interrupted by an Allied air raid. Conscription into the army led to two years as a prisoner of war, hence his superb command of English in later times.

After his release, Fischer-Dieskau continued his study of voice and Lieder with Hermann Weissenborn, who also acted as his accompanist. His solo debut was made in Brahms’s Ein deutsches Requiem in Freiburg in 1947 and his stage debut came the following year at the Städtische Oper in Berlin, as Posa in Don Carlos. From 1949 he was appearing in Munich and Vienna. In 1951, during the Festival of Britain, he made his British first-appearance in Delius’s A Mass of Life with Sir Thomas Beecham conducting. His impact on British audiences was immediate – I remember talking to a member of the choir that took part in Fischer-Dieskau’s first performance in London, once again Brahms’s Requiem: “The moment he sang his first note, every eye turned to him.”

Fischer-Dieskau was a most distinguished opera singer, who sang in the premieres of such works as Frank Martin’s The Tempest (1956) and Hans Werner Henze’s Elegy for Young Lovers (1961) although, with his height and basic nobility of posture, he felt unable to sing certain roles in productions, notably Papageno in Die Zauberflöte – fortunately he recorded it. He also had the typical singer’s round face, which made him difficult to disguise, although he had great success as King Lear in Aribert Reimann’s opera, at Munich in 1978. Among his best roles were the Count in Mozart’s Le nozze di Figaro and the title role in Don Giovanni. He was a Bayreuth regular in the lyrical Wagner baritone roles in the mid-1950s. His Covent Garden debut came late, in 1965, as Mandryka in Strauss’s Arabella, another of his best assumptions.

By then he had long been the most popular singer of Lieder, best known for his partnership with Gerald Moore, although even then he sang with other pianists, such as Hertha Klust. The recording of Schubert’s Die schöne Müllerin made at Abbey Road Studios with Moore in October 1951 still stands up very well. In January 1955 they made a fine Winterreise. When these recordings were reissued in 1990, a composite version of Schwanengesang was added, drawing on sessions from 1951 to 1958.

This is probably the point at which I should explain my own parameters for appreciating Lieder singing. I have never understood those who reject all pre-war singers and contend that only in the 1950s did the interpretation of German Song come of age. My feeling is that such male singers as Karl Erb, Heinrich Rehkemper and Gerhard Hüsch have not been surpassed, although they may have been equalled – notably by Fischer-Dieskau and by Peter Schreier. We can perhaps argue about Elena Gerhardt, Julia Culp and Elisabeth Schumann on another occasion…

Fischer-Dieskau’s two golden periods as a Lieder singer came with his early stereo recordings for EMI, with Gerald Moore, and his late 1960s recordings for Deutsche Grammophon, in which he was partnered by Jörg Demus. In between came an era of over-introspection, caused by a cataclysm in his personal life. In 1949 he had married the cellist Irmgard Poppen and their marriage was, by all accounts, an ideal union of two sensitive musicians. In 1963 Poppen died giving birth to their third son and it was not surprising that this loss affected Fischer-Dieskau’s work. Anyway, I would unhesitatingly choose the 1968 Die schöne Müllerin and 1965 Winterreise with Demus above the myriad other Fischer-Dieskau versions, for the balance between words and music and the compassion of the partnership. The 1961 Die schöne Müllerin and the 1962 Winterreise and Schwanengesang with Moore are of almost equal stature.

The early EMI LPs of Schubert with Gerald Moore were of a high standard and it should be emphasised that Fischer-Dieskau’s interpretations did not greatly change over the years. If anything, they became more emphatic and less spontaneous. The vast tracts of Schubert recorded for DG with Moore often sound like intelligent studio read-throughs, useful for reference perhaps but not especially riveting. The later partnerships with Daniel Barenboim and Alfred Brendel are more ‘interesting’ than durable.

The Schumann recordings made with Demus are superb: Dichterliebe and the Opus 24 Liederkreis were done in 1965 and there are various others, some dating from as early in the partnership as 1960. In the Opus 39 Liederkreis, Fischer-Dieskau did not notably improve on his 1954 EMI version with Moore, although their live 1959 Salzburg performance on Orfeo is well worth hearing. Hertha Klust was a marvellous Schumann accompanist and a highlight of Fischer-Dieskau’s early LP era was their 1956 recording of the little cycle Der arme Peter.

For Hugo Wolf, a good starting point is the live recording of Italian Songbook, made at the Salzburg Festival in 1958 with the soprano Irmgard Seefried, then still at her vocal best, and the great Viennese accompanist Erik Werba. It has been issued by Orfeo.

Fischer-Dieskau was a fine singer of Brahms and Richard Strauss, and his various recordings of Pfitzner and Reger are essential, as he had exactly the right credentials for these underrated composers. One of his finest LPs, reissued on compact disc by DG, featured songs by composers best known as performers, such as Adolf Busch and Wilhelm Kempff. His Mahler recordings include Das Lied von der Erde, in which he sings the contralto songs, a substitution approved by the composer. He is at his best in 1959 with Paul Kletzki and the Philharmonia for EMI, although overall the 1966 Decca recording with Leonard Bernstein has more to offer, not least the Vienna Philharmonic. Kindertotenlieder from 1955, with Rudolf Kempe and the Berlin Philharmonic for EMI, is famous and has often been coupled with the 1952 Lieder eines fahrenden Gesellen with Wilhelm Furtwängler and the Philharmonia.

Fischer-Dieskau strayed into both Russian and French song; and not long before his death I was startled when David Mason played a song by Meyerbeer, Sicilienne, at the Recorded Vocal Art Society. Beautifully accompanied by the Swiss pianist Karl Engel and recorded for DG in 1974, it is a lovely interpretation and a reminder that great artists cannot and should not be pigeonholed.

Fischer-Dieskau was a great Bach singer and his collaboration with Karl Richter covered numerous cantatas and classic versions of the St Matthew Passion (1958) and B minor Mass (1961) – only the higher of the bass arias in the latter. I listen to a Bach cantata every Sunday morning and always enjoy Fischer-Dieskau’s contributions if a Richter performance is the chosen one.

For Ein deutsches Requiem, I always return to the 1955 mono recording conducted by Rudolf Kempe, a reading of great warmth which extends to Fischer-Dieskau’s solos. The famous 1961 stereo version with Otto Klemperer at the helm always seems to emphasise the North German Brahms.

Fischer-Dieskau’s command of English is heard to advantage not only in the classic Decca recording of Benjamin Britten’s War Requiem, conducted by the composer, but in Rafael Frühbeck de Burgos’s magnificent EMI set of Mendelssohn’s Elijah, in which the baritone inhabits the prophet’s stormy personality with a sense of complete identification.

Moving on to opera, to Wagner, Fischer-Dieskau was a superb Wolfram in the Hüsch tradition in Franz Konwitschny’s 1960 EMI set of Tannhäuser. Although I do not join the general chorus of praise for Furtwängler’s 1952 Tristan und Isolde, the baritone’s Kurwenal is one of its better aspects. Those who can accept a comparatively light baritone as Hans Sachs (I cannot) will find much to enjoy in Eugen Jochum’s warm-hearted 1976 DG set of Die Meistersinger von Nürnberg.

Most of the DG Mozart opera sets featuring Fischer-Dieskau can be recommended. His Papageno with Ferenc Fricsay conducting in 1955 is preferable to that with Karl Böhm in 1964. Later he took the Speaker’s role with distinction. For Don Giovanni, I might reverse my choice and prefer the 1967 Böhm to the 1958 Fricsay. Jochum’s 1962 Così fan tutte is spoilt by Seefried’s inadequate Fiordiligi but is otherwise impeccable, as well as very complete, with Fischer-Dieskau as an excellent Alfonso. For Le nozze di Figaro, the 1960 Fricsay set is fine but Orfeo has issued a live performance from Salzburg in 1957, under Karl Böhm, which is very strongly cast.

I do not listen to Richard Strauss operas as a rule, but my impression is that Fischer-Dieskau is excellent in this Fach. He is superb in the title role of Hindemith’s Mathis der Maler, in the 1977 EMI set conducted by Rafael Kubelík; and he is equally impressive in the title role of Cardillac, in the 1968 DG set under Joseph Keilberth. He makes a strong contribution as Borromeo to Kubelík’s 1973 DG version of Pfitzner’s Palestrina.

Verdi is a problem area. Fischer-Dieskau loved singing his music and already had the style at his command when he recorded Un ballo in maschera in German for Cologne Radio in 1951, with Fritz Busch – one of the great Verdians – conducting. The problem is the quality of voice. Intelligent and style-conscious as the German baritone may be, he simply does not sound like a Rigoletto in the otherwise excellent DG La Scala set under Kubelík’s direction. The most enjoyable sample of Fischer-Dieskau in Italian and French opera is the Orfeo CD of duets with the eminent Italian tenor Carlo Bergonzi.

One must take account of Fischer-Dieskau the conductor, as he was talented in this area. I am very fond of the recording of Berlioz’s Harold in Italy that he made in Prague in 1976, with the Czech Philharmonic and a superb viola soloist in Josef Suk III. There are also good recordings of him conducting for his fourth wife, the Hungarian soprano Júlia Várady.