The House of Life – Silent Noon

Clock of the Years

Gloriana – Happy were he

Come to me in my dreams 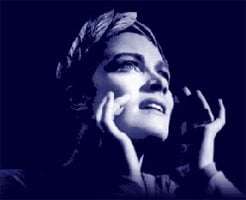 Tension and competitiveness were in the air. Enthusiasts sat camped in different sections of a packed hall. The strain of several days’ competing told. In this Final, only intermittently did the surviving competitors achieve their best.

Derek Welton fared better than most. He showed a sense of occasion. A language degree from Melbourne University, together with an undoubted dramatic talent, contributed significantly to a performance as Figaro that displayed suave, polished, seductive Italian and shrewdly selected economic gestures pointing the musical phrasing as well as the text. This was engaging public singing. ‘Silent noon’ carried hushed, inner intensity effectively, but with some strain. The song was cannily chosen for contrast. The opening Handel was a resounding public declamation, while the concluding Schubert was a growl in velveteen padding. Welton’s chief drawback is his voice. Creditably, he makes the most of nature’s somewhat meagre gift – but, ultimately, the sounds he makes so intelligently are less engaging than those made by others with less musicianship.

Elizabeth Donovan has a resolute, dependable vibrato which comes resplendently to the fore whenever she progresses to a loud passage in her upper register. There is a rich silk to her middle to lower register during moments of emotional stillness. I wondered whether she would gain by re-training as a mezzo. Her ‘Porgi amor’ was rather characterless; the animated high register of her Richard Strauss and Delius was not greatly attractive and the demotic vigour of her Hungarian venture (‘Csárdás’ from “Die Fledermaus”) was rather stolidly flamboyant and by numbers. I revelled, however, in the late-Romantic sobriety of her Debussy. She gave it a magnificent, bare gravity. 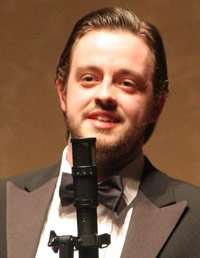 Ben Johnson gave us the musical high-spot of the evening – his declamation from “Rodelinda”. A pure, simple tenor filled the Wigmore Hall – the open honesty of its plain melody was affecting and the elaborate suavity of Handel’s many decorations and ornaments sounded utterly natural and integrated into the presentation. Pamino’s aria did not reach this standard, alas – tiredness and strain of concentration had begun to take its toll. Through the medium of the Handel, though, I could see how simple and timeless Johnson’s ‘Dies Bildnis’ might have sounded in happier circumstances. On the merit of his Handel alone, Johnson deserved his First Prize.

Alexander Robin Baker, the youngest of the finalists, was keen to be taken seriously, with music tending towards the lugubrious. His voice is disarming but rather monotonous. Neither his Schubert nor his Tchaikovsky left much of an impression. The Finzi fared better. It was sung with more conviction and with some freshness, enlivened perhaps by Baker’s (and Finzi’s) response to Hardy’s impish, if ghoulish, irony. The two Wolf songs swung the Prize, however. Baker’s swaggering response to the exuberant humour of this redoubtable melancholic of a composer, together with an evident relish for the guttural sounds of the German text and its swinging populist rhythms, lifted the spirits. With Welton’s dramatic panache added, he could have brought the house down!

Ida Falk Winland has a highly-trained and modulated voice. In quieter moments, in middle and lower register, she has a soft, silken voice that recalls Anne Sophie von Otter’s. However, she has one unnerving defect. Whenever performance requires her to move into the middle to upper register and achieve anything louder than mezzo-forte, her voice blares like a foghorn! I sat there dreading imminent blasts of unsubtle, undifferentiated double-fortes. Winland has been training for nine years now. I am surprised that this shortcoming has not been brought under some sort of control and I would have shrunk from awarding her the Singing Prize.

Adrian Ward has a pleasing, neutral tenor. His tone favours the quiet and introspective, the modest and not-greatly-assertive – such as the pieces he chose by Britten, Bridge, Fauré and Mozart. Ward did, indeed, make a pretty good fist of Wolf’s ‘Abschied’, during which his singing became more lively and assertive. It was not Ward’s fault that Baker has already provided a flamboyant smash-hit version of this particular song.

Of the two pianists competing for the accompanist’s prize, James Southall displayed a greater range of sensibility and stylistic awareness. In that sense, he constituted an acceptable winner. I preferred Caroline Jaya-Ratnam. She was not competing for this Prize.