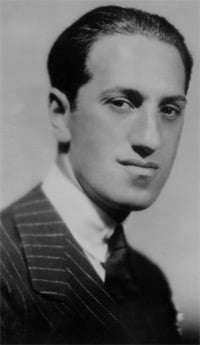 The summer dance season this year will be dominated by a very exciting production by English National Ballet at the Royal Albert Hall from 13 to 22 June. “Strictly Gershwin” is a tribute to America’s great twentieth-century composer, George Gershwin, a show that takes the audience on a journey through ballet, tap and ballroom, with each of the two acts culminating in a grand balletic finale.

Gershwin’s music has been choreographed by Derek Deane with designs by Roberta Guidi di Bagno that evoke the spirit of Fred Astaire and Ginger Rogers and the heyday of the Hollywood dance musical. The full company of 64 English National Ballet dancers is joined by Tamara Rojo from the Royal Ballet, Friedemann Vogel of the Stuttgart Ballet, Guillaume Côté from the National Ballet of Canada, and Thomas Edur and Agnes Oaks of English National Ballet itself. Accompanying the dancers is a 50-piece jazz orchestra playing arrangements by Gareth Valentine of some of Gershwin’s most memorable tunes plus longer orchestral pieces such as An American in Paris and Rhapsody in Blue.

The extra-special bonus is Barbara Cook singing accompanied by pianist Jonathan Scott in a programme that promises to be a highlight of the music year.

George Gershwin, born 1898, was a prolific composer. A professional musician from the age of fourteen, he played piano at holiday resorts and became a song plugger, all the time studying and composing music and composing. Although his early songs were not particularly good – his first show, “Half past eight”, closed out-of-town in 1918 in less than a week – he attracted the attention of people like Sophie Tucker and Sigmund Romberg. His next show, “La-la Lucille” (1919) ran for over a hundred performances, and then he wrote ‘Swanee’ which was taken up by Al Jolson.

Gershwin was now unstoppable. By 1924 he had written Rhapsody in Blue (for Paul Whiteman); the following year his Piano Concerto was premiered at Carnegie Hall; in 1928 he wrote An American in Paris and, then, Second Rhapsody (for orchestra and piano) and Cuban Overture. “Porgy and Bess” arrived in 1935. Two years later, at the age of 38, he died of a brain tumour.

Gershwin produced countless great songs for classic American musical theatre pieces such as “Lady, be good!”, “Oh, Kay!”, “Rosalie”, “Funny face”, “Strike up the band”, “Girl crazy”, “Of thee I sing” (the book of which won a Pulitzer Prize), “Let ’em eat cake” and such film musicals as “Shall we dance?” and “A damsel in distress”.

None of the songs Gershwin wrote with his lyricist brother Ira has dated and many are included in “Strictly Gershwin”. 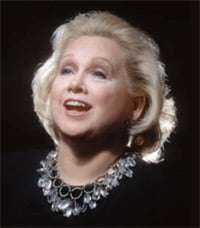 The first half of the show, ‘Gershwin on Broadway’, opens with the company in a ballet class, followed by Agnes Oaks and Thomas Edur dancing to ‘The man I love’, and then Barbara Cook sings ‘I’ve got a crush on you’. ‘Fascinatin’ rhythm’ and ‘Shall we dance?’ follow with Cook then singing ‘Someone to watch over me’. ‘Let’s call the whole thing off’ evokes the heyday of the Astaire-Rogers partnership, the image of which the show uses as an iconic feature on its poster. The Act One finale is An American in Paris” danced by Tamara Rojo and Guillaume Côté.

Act Two is called ‘Gershwin in Hollywood’, with such classics as ‘Lady be good’, ‘Summertime’ and ‘It ain’t necessarily so’ from “Porgy and Bess”, ‘Who cares?’, ‘Strike up the band’, ‘I got rhythm’ and ‘Embraceable you’. In this section Barbara Cook sings ‘But not for me’ and ‘A foggy day’. The show then comes to a magnificent climax with Rhapsody in Blue, danced by Rojo, Côté, Erina Takahashi, César Morales, Sarah McIlroy, Arionel Vargas, Fernanda Oliveira and Zhanat Atymtayev.

If you feel like getting involved in dance, there is a ‘Shall we dance’ family day with English National Ballet on Saturday, 14 June from 10 a.m. to 1.15 p.m., with a practical dance workshop based on Derek Deane’s “Strictly Gershwin” programme, a live music presentation by the orchestra, a tour of the Royal Albert Hall, a chance to see ENB dancers in action and a ticket for the 2.30 p.m. performance. The family day is suitable for all aged five or above but an adult must accompany under-16s. Tickets are £30 per person.