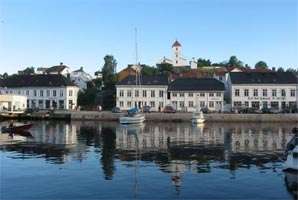 Now in its eighteenth year, Risør Kammermusikkfest – held in a small port some 250 kilometres south of Oslo – remains a gold standard and a beacon amongst the plethora of music festivals that spring up like so many exotic plants and then frequently wither away.

Risør has not only survived to reach full maturity but has successfully retained its essential intimate character and its capacity to surprise. Firmly rooted in the society that gave birth to it, the Festival reflects much that is best about Norway itself. Originally a poor country, Norway found itself the recipient of great wealth from oil; a typically Norwegian level head was maintained, proceeds being invested wisely, overt materialism shunned, and egalitarian values retained. This is a thoughtful society that values experience over celebrity, yet thinks ahead and is outward-looking, constantly open to the new.

Many of these characteristics inform the Risør Chamber Music Festival. A conscious decision has been taken not to grow the event beyond its current size and location – a baroque wooden church seating 400. However, the fact that some 2,000 people showed up by boat for an open-air concert in uncertain weather to hear Quasthoff, Lugansky, Hamelin, Andsnes and Tetzlaff is eloquent testimony to the regard in which the Festival is held. 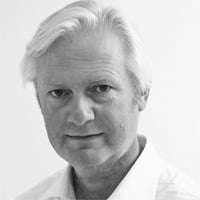 With pianist Leif Ove Andsnes, violist Lars Anders Tomter, Turid Birkeland and Harald Gunderson as the Festival’s presiding deities, there has been a remarkable degree of artistic and administrative continuity. Only a group confident of its position could risk putting together a week-long programme featuring Haydn, Ligeti, Beethoven, Leroy Anderson, Ornstein, Varèse, Debussy, Antheil, Bartók, Ives, Prokofiev, Rachmaninov and Stravinsky. A special word of praise to the supporting cast, not just the hard-working Risør Strings but also the people who combine to make the event run so seamlessly – if there is a slicker piano-moving-operation I have yet to see it.

Although Risør attracts some of the very greatest musicians, part of its fascination lies in the eclecticism and unpredictability of the programming. One concert ranged from Muffat on a harpsichord, through Bach and Ligeti from Tomter’s viola, Corelli re-arranged 19th-century style for violin and piano, Pletnev’s piano-arrangement of Tchaikovsky’s The Nutcracker, Delibes, Lugansky and Rudenko playing Rachmaninov and Ravel, a movement from a Haydn string quartet, Tetzlaff and Andsnes in Beethoven, and Joseph Lanner’s delightful Dornbacher Ländler arranged for three violins and a double bass!

Rather than just focussing on particular composers, the unifying concept behind this year’s programme was Det Lekende Menneske, translated as “Playful!”. Lek comes from a Norse word, Leika, which rather aptly means to dance or play on a musical instrument. It is also found in another Norwegian word from antiquity, kjaerleik, meaning ‘love’ and which describes another essential Risor characteristic – everything here is done con amore. Since ‘playful’ also implies something not quite serious, an alternative description might be that this year’s Festival focussed on ‘mechanics, play and invention’, the composer as craftsman-inventor delighting in experimentation rather than the Romantic notion of the artist as a solitary Byronic figure pouring out subjective emotion. 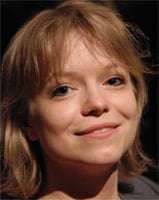 With 22 concerts in 6 days, it is only possible to touch on some of the highlights. The opening concert, introduced by the car-horn Prelude to Ligeti’s Le Grand Macabre and featuring the same composer’s Mysteries of the Macabre, stunningly sung by Eir Inderhaug, was hardly playful since its subject is the ending of the world in an horrendous vision worthy of Hieronymous Bosch. Playfulness came to the fore with Haydn’s C major Cello Concerto from Jan-Erik Gustafsson, enthusiastically accompanied by Risor Strings, beautifully poised in the slow movement and with real panache in the flying finale. High seriousness reasserted itself with Ives’s Largo risoluto subtitled ‘as to the law of diminishing returns’ and in Bartók’s Divertimento for Strings, notable for some superb solos from leader Yi Yang, who would grace the front desk of any major orchestra.

The twelve-composer concert already referred to introduced us to Vadim Rudenko, a winner of the International Tchaikovsky Competition, in Pletnev’s Nutcracker arrangement, subtly voiced playing, and then in a stunning Ravel La valse with Nikolai Lugansky – notable for teasing out delicacy as well as its orgiastic moments. Preceded by trumpeter Håkan Hardenberger in Ligeti’s resoundingly titled Die grosse Schildkröten-fanfare vom Südchinesischen Meer and Prokofiev’s rarely heard Wind Quintet, the following night offered the unusual opportunity of eavesdropping on two outstanding piano duos. Lugansky (now first piano) with Rudenko gave a glittering performance of Rachmaninov’s Suite No.2, then Andsnes and Marc-André Hamelin offered a shattering midnight reading of The Rite of Spring. Remarkable! If anyone imagines that the two-piano version is a poor relation to the orchestral, think again. With spot-on synchronisation and an almost classical clarity, these two pianists generated an impact and sheer barbarity that was truly shocking. The opening of Part 2 was hypnotically queasy. 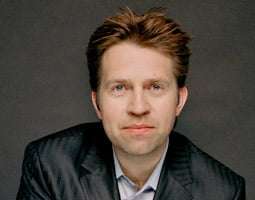 Ushered in by Leroy Anderson’s The Typewriter (Andsnes as page-turner to the virtuoso typist), our next concert included Andsnes in Antheil’s Death of Machines, Ligeti’s Poème symphonique for 100 Metronomes, an illuminating performance of Haydn’s Clock Symphony (No.101) – not the last word in precision but wonderfully characterful – and the Festival’s one serious disappointment, a quite excruciating Beethoven Grosse Fuge from the vinegar-toned Orion Quartet.

At 9.30 the following morning at Hødnebø, a furniture factory which opens onto the sea, circling seagulls a constant presence, the Festival Strings led by Tetzlaff gave Haydn’s Le Matin Symphony (No.6), lacking refinement but fizzing merrily along. Then came Ligeti’s 10 Pieces for Wind Quintet, each a study in sonority and played by a Swedish-German-Norwegian group. In Beethoven’s Kreutzer Sonata from Lugansky and Dutch violinist Liza Ferschtman, Director of the Delft Chamber Music Festival, it was an advantage to have a soloist like Lugansky in the piano part but it seemed that this duo did not really gel stylistically, the music observed from the outside rather than fully experienced.

Later the same morning Leo Ornstein’s Suicide in an Airplane – amazingly dating from 1905 – was magisterially and thunderously despatched by Hamelin. Messiaen’s Cinq Rechants was given by the extraordinary Norwegian Soloist’s Choir, impressively secure in all aspects of this demanding music, and then came an extended sequence of Ligeti pieces from a pianist of real quality, Fredrik Ullén. Appropriately, the morning was topped off with Haydn’s Le Midi Symphony (No.7).

“To the Lighthouse” might have been the title of the next concert – some 2,000 people were transported across the bay to the little island of Stangholmen for a sunset concert with contributions from all the Festival’s key artists. This was a triumph – even if for a brief moment it looked as though the weather might scupper the event. Instead the enormous crowd was mesmerised by a succession of plums (deftly compered by Andsnes) – Lugansky in Liszt’s La campanella, the Norwegian Soloist Choir in traditional music, Andsnes and Tetzlaff in Brahms, Ferschtman and Tomter jamming, Haydn’s Gyspy Rondo with Hamelin and friends and Thomas Quasthoff in two Schubert songs that brought tears to our eyes as that endless Nordic summer-light finally faded.

Our final Nelson-themed concert was a joy and was nominally of Ligeti and Haydn but in reality was an all-Haydn affair since Ligeti’s Bagatelles for David Tudor is a joke piece (Hamelin came on, sat at the piano and, after an extended pause, played a single low bass note before ambling off). After a wonderfully stylish account of Haydn’s A major Piano Trio (Hoboken 18) in which Ullén revealed himself as an excellent Classical player, we were joined by Lord Horatio Nelson himself kitted out in full naval rig for what is undoubtedly one of the worst texts ever set to music. Lines from the Battle of the Nile might have come from the pen of the excruciatingly bad Scottish poet, William McGonegall: 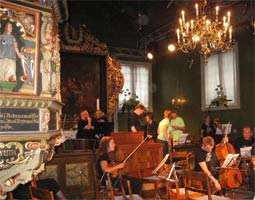 obedient to his summons flames arise;

the fierce explosion threats the skies,

and high in air the pondrous mass is thrown.

The dire concussion shakes the strand;

the solid Pyramids attest the shock,

and their firm bases with the tremor rock.


The evening was rounded off by a magnificently vibrant and life-enhancing performance of Haydn’s Nelson Mass from Grete Pedersen and the Norwegian Soloist Choir. Is there a better small choir in the world today? With space so limited, three-quarters of it were positioned in the galleries of the church facing the conductor’s back, yet precision remained impeccable. The soloists, embedded within the orchestra, included members of the choir, one of whom took over the soprano role at short notice with spectacular success. Pedersen is undoubtedly a great choral conductor.

NRK, the Norwegian broadcaster, records all the concerts and the European Broadcasting Union broadcasts some. However, one cannot help wondering – especially now with so much music available on the Internet – whether it might now be possible to relay the Festival live world-wide, possibly with a webcam inside the church. In the meantime, after nearly two decades, Risør Kammermusikkfest continues to pull off the not inconsiderable feat of reinventing itself whilst holding onto its audience: a remarkable balancing act.