This is an outstanding issue, not only for some wonderful pianism and illuminating musicianship, but also for the superb presentation. In a handsome box, DG presents the nine LPs that Sviatoslav Richter recorded for this company between 1956 and 1962 as a solo artist and a concerto collaborator. The recordings are presented in chronological order of release and replicated as they were first issued, each CD (an exact mirror of the respective LP) presented in a sleeve that reproduces the original artwork (front and back). Lovely! The booklet, annotated by Jeremy Siepmann, gives plenty of desirable data that the collector will delight in.

The first LP/CD is devoted to Schumann, recorded in Prague in November 1956 (the one mono recording, with perfectly good sound, in this collection). Richter was a visceral and velvety interpreter of Schumann; there is much here that is exquisite and searching. Included are March in G minor, Waldszenen and six of the eight Fantasy Pieces (Opus 12), the latter including a particularly scintillating ‘Traumes Wirren’. Richter, in his later years, could be gruff (angry even) in his playing but here the force is internalised and very attractive. 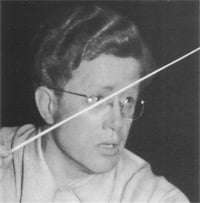 Also from Warsaw (1959), now with Stanislaw Wislocki conducting, is Rachmaninov’s Second Concerto, given expansive and ambient treatment but resisting any charges of being thought of as cinematic; depth of soul and fieriness informs six of Rachmaninov’s Preludes.

Still in Warsaw (1958-59) for more Schumann, the Concerto refreshingly direct but touched-in with Richter’s independent and enquiring mind. Rowicki again conducts, and also includes Introduction and Allegro appassionato (Opus 92). On his own, Richter occasionally hits too hard in Novellette in F (Opus21/Number 1) – but then you can only doff your hat to Richter’s poise and musicianship that makes the Toccata such a tour de force.

From Poland to London, and to 1961, when Richter made a recital LP including Haydn, Chopin (Ballade in A flat), Debussy (three Préludes from Book I) and a remarkably penetrating account of Prokofiev’s Sonata No.8, music with which Richter had such total affinity.

There follows a rather special Tchaikovsky Concerto No.1, recorded (September 1962) in the Grosser Saal of the Musikverein with the Vienna Symphony Orchestra and Herbert von Karajan; altogether magnetic, yet, to quote from Siepmann’s note: “… Karajan exercised a curious blend of interference and negligence which riled Richter for decades…”. Maybe, but the published performance seems to tell a different story. 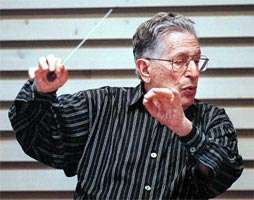 In the same month, with the same orchestra, but now with Kurt Sanderling conducting, came a Beethoven LP, which opened (as does the CD) with the truculent Rondo in B flat and continues with a Third Piano Concerto that ranges from stark to joyous via the eloquent curves that Richter finds in the slow movement.

The remaining two LPs/CDs document Richter on a recital tour of Italy, the highlights from it preserved. Richter didn’t like making recordings in the studio; the stimulus of an audience is apparent in these live tapings, including a profound Chopin Polonaise-Fantaisie, more Debussy (Estampes) and an incendiary version of Scriabin’s Sonata No.5. There’s also some sublime Johann Sebastian Bach – a selection of Preludes and Fugues from Book I of The Well-Tempered Clavier that could be described as a meditation with the beyond, and with the D major Prelude (BWV850) given with unmatched vigour. From Richter, the first of Schubert’s 17 Ländler (selected from) is sheer perfection: so simple, so captivating. Prokofiev, Rachmaninov and Schumann all reappear.

A super set, then, capped by excellent re-mastering that doesn’t attempt to take too much hiss away and thus avoids the contamination and detritus that usually ensues when transfer engineers only have ears to clean everything to buggery! A shame that DG’s re-mastering engineer is not credited: he or she deserve better.

Sviatoslav Richter (1915-97) was certainly one of the great pianists of the last century; Deutsche Grammophon has done him and itself proud with this magnificent release.