This release of Schumann brought welcome memories of Angela Hewitt’s recital at the Wigmore Hall in May 2007, where, alongside the Sonata and Humoreske, she offered Kinderszenen. Hewitt has a richly deserved reputation for playing Baroque music, and Bach in particular, and a similar clarity illuminates Schumann here. One must credit Hewitt for the extensive booklet note, which offers exhaustive detail on the music as she understands it – very instructive in its historical perspectives and for providing listening ideas. 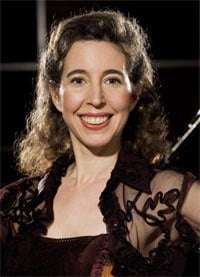 Hewitt’s Fazioli is captured with an almost clinical clarity, allowing no hint of reverberation. Another disappointment is that noises caused by her pedalling are quite noticeable as a constant thudding, especially in the opening to the Humoreske. Nonetheless, being able to tackle this piece with the transparency of architecture that she manages serves to remind that it is a rare, substantial worthwhile piece. Schumann despaired at its name since it does not describe the work’s many moods. Hewitt arrests the quixotic nature of the numerous sections with ease but without complacency.

There is much to delight the ears, and the most accomplished sections are those where the typically Schumannesque melodies (rushing counterpoints are but one example) appear. The episode marked ‘Nach und nach immer lebhafter und stärker’, a march rhythm, is almost jolly and one admires the virtuosity and dexterity that she brings to the ‘Intermezzo’. Considering the tumult that has come before it, the closing of Humoreske is of extended tranquillity but with one burst of violence at the close – and is ideally realised here.

The soundworld evoked by the Sonata, as captured here, occupies a different plane to Humoreske. Now reverb and swell are allowed, giving this piece a homeliness absent in Humoreske. The introductory Adagio contrasts well with the toe-tapping quality of the Allegro vivace but the right-hand is overplayed in too many places where, instead, gentleness and deftness are required. The love and admiration Hewitt has for this music can be summed up in the playing of the ‘Aria’, one of the most beautiful and affecting accounts recorded, its elusive character ‘captured’. There are plenty of smiles to be had in the third movement scherzo. Markings such as ‘alla burla, ma pomposo’ (like a burlesque, but pompous) fully appreciated by Hewitt who grabs the bull by the horns and has a lot of fun with the shifting tempos and moods. The lengthy finale can be boring in the wrong hands but, fortunately, Hewitt has the measure of it and injects the orchestral colour it begs for.