This enterprising disc entitled “Britannia” is, as far as I can gather, Donald Runnicles’s first purely orchestral release, certainly on Telarc. His previous recordings have either been operatic in inspiration – “Hänsel und Gretel”, “I Capuleti e I Montecchi”, the recent BBC “Tristan und Isolde” and discs with Christine Brewer and Ben Heppner – or choral, with the Atlanta Symphony he has released “Carmina Burana”, Mozart’s “Requiem” and Beethoven’s Ninth). Playing to Runnicles’s British heritage, it only highlights the bizarre contradiction of his career that he has had to turn his back on his country of origin to pursue his career in America – as music director of San Francisco Opera and, currently, principal guest at Atlanta, although he is to be the next conductor of the BBC Scottish Symphony Orchestra.

This is certainly an innovative and unique release, which eschews the typically ‘British’ in favour of something exciting – a disc of British (by which we mean English and Scottish) music of the last century, which includes three living composers. Apart from NMC, it’s hard to think of a company that might consider such a disc, so Telarc is to be applauded.

The programme works extremely well – with the two most famous of Elgar’s Pomp and Circumstance Marches (No.1 being ‘Land of Hope and Glory’) flanking four ‘occasional’ works by Peter Maxwell Davies, Mark-Anthony Turnage, James MacMillan and Benjamin Britten. While An Orkney Wedding, with Sunrise and Britannia (the latter being one of British Telecom’s Association of British Orchestra commissions are determinedly ‘occasional’ in the best, enjoyable, sense of the word, Three Screaming Popes and Sinfonia da Requiem share common places in each of their composer’s work-lists – being Turnage’s and Britten’s first major orchestral works, composed some fifty years apart. 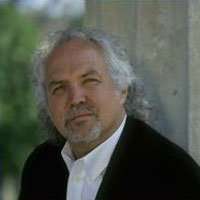 Expertly contrasted, the performances are universally excellent, if lacking just a notch of abandon that a British orchestra’s familiarity might have brought to Elgar’s marches, which are a little too literal and straight-laced, especially in contrast to the Maxwell Davies (perhaps not surprising given Runnicles’s Scottish affiliations). This is Maxwell Davies at his most winning, the ‘Sunrise’ signified by the entry of a piper, here Scott Long from Nova Scotia (the piping tradition just as strong on Canada’s east-coast as it is across Scotland).

Turnage’s Three Screaming Popes – glittering as well as screaming, after three Francis Bacon paintings – has the composer’s trademark propulsive impetus and distinctive saxophone colouring. The Atlanta Symphony copes well with both extremes of the audible range and the technical difficulties of the score.

James MacMillan’s offers some light relief – with its potpourri of themes, from a Scottish reel, “Knee’s up Mother Brown” and Elgar’s Pomp and Circumstance No.1 and “Over the Sea to Skye” – although the music turns quite dark, which is where Britten’s Sinfonia da Requiem starts, as if climbing out of some primeval blackness. Runnicles proves his mastery of this composer in all his shades; the force of the hammer-blows of the opening ‘Lacrymosa’, the Walton-like whip-crack ‘Dies Irae’ and the Coplandesque gentility at the start of ‘Requiem aeternam’, reminder – if any is needed – that the work was composed in America.

The most famous of Elgar’s Pomp and Circumstance Marches – the one that has become known as “Land of Hope and Glory” ends the disc, which is certainly most recommendable, with good sound. Buy it for the main four works, though, rather than the Elgar and keep your fingers crossed that Runnicles will get to record more purely orchestral music soon.