The second movement is a short ‘Waltz’, with an accompanying viola solo, here played fetchingly by Scott Dickinson. The original third movement (‘Recitative and Aria’) was replaced in 1945 by an ‘Impromptu’. Whether or not Britten made the change due to Constant Lambert’s misgivings is not certain. It’s good to have both movements on this release for both now seem equally successful. The finale, ‘March’, revived the carefree, youthful atmosphere of the opening ‘Toccata’, though this time with a little added acidity and a whiff of Prokofiev at times. Here Osborne impresses with the necessary big tone. The whole work is both original and accessible. 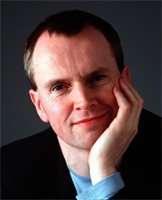 Young Apollo for piano, string quartet and string orchestra was commissioned by the Canadian Broadcasting Corporation in 1939 and first performed that year in Toronto. The title originated in Keats’s “Hyperion” (appropriate!) … “the new dazzling Sun-god, quivering with radiant vitality”, which describes the music perfectly. Written in a single key without modulation, Young Apollo is anything but monotonous, variety provided by kaleidoscopic changes of texture. Britten withdrew this seven-minute work after the second performance for reasons not understood. It resurfaced in 1979.

Paul Wittgenstein (1887-1961) had lost his right arm-during the First World War and commissioned many works for piano left-hand. Diversions had its premiere in January 1942 by the commissioner with the Philadelphia Orchestra and Eugene Ormandy. Again, Britten revised the work, twice, the second just before his 1954 recording with Julius Katchen as soloist. Whether or not Wittgenstein requested the first revision before he gave the British premiere in 1950 is not known. He was though a very demanding man. He returned the manuscript of Prokofiev’s Fourth Piano Concerto to the composer thus: “Thank you for the concerto, but I do not understand a single note, and I shall not play it.”

Diversions shares some of the ethos of another work of Britten’s, his Variations on a Theme of Frank Bridge and not only because of the form. Vigour and vitality are apparent here, too, for music so rewarding, which is mined deeply by Osborne, whether sparkling, full of bravura or passionate.

Steven Osborne’s virtuoso and sensitive performances are backed to the hilt by Ilan Volkov and the BBC Scottish Symphony Orchestra; there are just a couple of thin-sounding passages from the upper strings but ensemble and rhythms are tight and the interplay between pianist and orchestra is so well captured. Hyperion’s recording is first-class, the piano given a believable balance with the orchestra, itself captured with remarkable depth. The booklet includes an excellent essay by Robert Matthew-Walker. This is a very important release and is enthusiastically recommended.