George Lloyd’s music lay pretty much undiscovered by the post-war listening public until Sir Edward Downes performed the Eighth Symphony with the BBC Northern Symphony Orchestra for BBC Radio 3 in 1977, a performance Lewis Foreman refers to in his exemplary notes: “I can remember hearing the broadcast and saying almost out loud, my God who wrote that!” Is it really thirty years ago since I, too, caught the same broadcast with the same thoughts?

The neglect until then contrasts with Lloyd’s early successes: his First Symphony, written at the age of 19, was performed in 1933 by the Bournemouth Symphony Orchestra, his Second in Eastbourne in 1935, the Third following quickly and was taken up by the BBC Symphony Orchestra. In addition he had success with a brace of operas, “Iernin”, staged at the Lyceum in 1935, and “The Serf” performed at Covent Garden and conducted by Albert Coates when the composer was all of 25 years old.

The Fourth Symphony was written in traumatic circumstances. Lloyd (1913-1998) had served in the Marines as a gunner/musician in the Arctic convoys and lived through an attack by a faulty torpedo, which blew up his ship. He was rescued after witnessing the drowning of many fellow seamen in the oily sea, and the combination of poor health, this trauma and shellshock undermined his health severely. His wife, Nancy, slowly nursed him back to a condition where he could write music again; he completed the Fourth in 1946. The Lloyds moved to Neuchatel in Switzerland in 1947 where the Fifth was written and completed in 1948.

The Fourth Symphony has on its title page “A world of darkness, storms, strange colours, and a faraway peacefulness” and is in four movements, lasting in total a little over an hour, the inspiration coming both from an earlier visit to Narvik and his wartime experience. I guess his growing up on the Cornish coast also contributes to the maritime feeling.

The first movement, Allegro moderato, is concerned with darkness and storms interspersed with more cheerful motifs. The darker moments build into climaxes the largest of which is found in the coda. The second, Lento tranquillo, depicts an icy seascape though by the end the movement is more upbeat and confident than would be expected; the central section is warmer and more peaceful. The third, Allegro scherzando, is also in rondo form and the last, Lento – Allegro ma non troppo, weighing in at nearly twenty minutes, ends the symphony in a rousing and triumphant manner, the whole an enormous achievement for one so stricken in body and in mind. 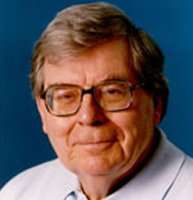 The Fifth Symphony, written by the lake in Neuchatel, is in five movements, Lloyd himself providing notes for this work and they are contained in Lewis Foreman’s essay. The first movement is a ‘Pastorale’ (Allegretto con tenerezza), and has writing for strings and wind only. The second is called ‘Corale’, inspired by the sometimes-grim Calvinism found in that part of Switzerland, and contains no violins or violas. Introduced by dramatic brass chords, the chorale appears as a simple construction before the mood alters to the grey grimness of a Swiss November. The third movement is delicate indeed, the orchestral texture “the most refined and sensuous that I had so far accomplished”, and the beauty shines through. In the fourth movement the mood changes; ‘Lamento, (Adagio drammatico) is a dark full-bodied piece in which for the first time the whole orchestra is used. There is despair in part of this movement but the lowering clouds do pass. The finale is brimming with confidence and hope and its exhilaration brings the symphony to a triumphant end.

A third opera, “John Socman”, was completed for the 1951 Festival of Britain, after which Lloyd became too ill to write any more music until the first of his piano concertos, composed for John Ogdon. The production of “John Socman” was fraught with problems and difficulties. Composed to be performed during the Festival of Britain by the Carl Rosa Opera Company, it suffered from amongst other things the producer and conductor not being on speaking terms. Edward Downes, a young man then in his first post in opera, acted as mediator during the squabbles. The stress caused by this, the feeling that no-one was interested in his music any longer and the death of his father caused Lloyd’s health to fail again and he wrote no more for some time, devoting his energies to recuperation and growing produce in his market garden in Dorset.

The Eighth Symphony was begun in 1961 and orchestrated in 1965 and is in three movements. The first opens with a quiet, slow and atmospheric introduction, the Allegro appearing after about four minutes. The triplet dancing motif alternates with a more ruminative mood and the movement ends with great and exuberant energy followed by a harking back to the quiet contemplative introduction.

The Largo has periods of profound sorrow and passion punctuated by wintry chill. In the final movement Lloyd took inspiration from Mendelssohn’s ‘Italian’ Symphony, with its tarantella motif as celebration, and the mood is raised to blow the dust off the second movement’s mourning. Assisted by the percussion, the mood gets more and more celebratory and energetic, at which point the tempo is increased with the assistance of the whip and the movement gallops to a triumphal conclusion.

The Philharmonia Orchestra plays extremely well, Edward Downes bringing out all the details in the scores with great success. Lyrita’s recordings, excellently re-mastered by Simon Gibson, are as superb as ever, made in acoustics which allow the climaxes to expand without congealing into a muddy mess while preserving the transparency of Downes’s direction. Lyrita offers these three highly recommended CDs of George Lloyd’s for the price of two.