Ireland
The Complete Songs [including the cycles The Land of Lost Content, Mother & Child, Songs of a Wayfarer, Five Poems by Thomas Hardy and Songs Sacred & Profane]

One of the most enterprising and valuable developments in the recording industry of the 1960s and 1970s, at least as far as collectors in the United Kingdom were concerned, was the emergence and growth of the Lyrita label, dedicated to British composers and their music of (mostly) the twentieth-century, mostly of composers whose names were familiar but whose entries in the catalogue were scanty. It was here that Lyrita made its most crucial contribution to the promotion of British music.

The heritage of English song so often seems to divide into two categories: twee sentimentality or muscular heartiness. While there are examples of both styles in John Ireland’s songs, there is a wider range on offer here. The arrangement of the songs over the 3 CDs is predominantly chronological, enabling us to trace Ireland’s development as a song composer from 1903 until the late 1930s.

The first two CDs are devoted to songs intended for the baritone voice. Ireland published a number of song sets. The “Songs of a Wayfarer” of 1903 clearly have a foot in the nineteenth-century, with the influence of Brahms and Stanford acutely felt, but they show any amount of artistic promise. There is already evidence of the composer’s ability to encompass a range of styles. The tranquil stepwise lines of ‘Memory’ are succeeded by the hyperactive ‘When daffodils begin to peer’. Ernest Dowson’s poem ‘I was not sorrowful’ requires the singer to deliver the early couplets in a robotic monotone, as if paralysed, while the pianist contributes to the hypnotic atmosphere with repeated falling quavers; it is a memorable effect. The contrast with the following ‘I will walk on the earth’ is marked. The strident confidence of the text is reflected in the exultant triumph of both participants, which Benjamin Luxon crowns with a high G. 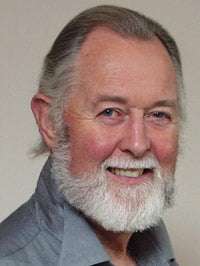 Luxon, whose career was subsequently curtailed by deafness, is caught at his absolute peak in 1972 and 1973.Only a handful of the 79 songs included in this collection are familiar; the non-specialist is likely to have heard “Sea Fever”, “The Bells of San Marie” and “I have twelve Oxen”, among the separate songs. The former, however, belies its routine standing in this interpretation. The two artists begin in a measured, objective style, with intensity only emerging in the third stanza before being displaced by resignation in the face of death to conclude. Housman’s cycle “The Land of Lost Content” has also been recorded several times before.

Ireland’s choice of poets is eclectic. Rupert Brooke features twice, in songs from the time of the end of World War One. Though his poem “Blow out, you Bugles” seems impossibly dated, Ireland sets it with faithfulness, in a hymn-like style which rises to a height of fervour at the command “Blow, bugles, blow”, before settling down into less jingoistic reflection. Singer and pianist take it entirely seriously, as they do the mawkish Brooke lyric “Spring Sorrow”; indeed, the little hesitations they introduce into certain phrases in this are entirely and charmingly idiomatic.

In the 1920s Ireland flirted with modernism and the songs from that period seem to me the least satisfactory. “It was what you bore with you” sounds like Debussy in its harmonically elusive rippling accompaniment. In “Penumbra” tonality is on the verge of being renounced.

I would make one exception: Thomas Hardy provides the material for a collection of five songs composed in 1926 which I would certainly recommend. All love songs, these epigrammatic poems are by no means bland or idyllic: they encompass the consuming power of love and the pain it threatens. The baritone initially produces floated tone in ‘Beckon to me’, which is then transformed into raging passion as he declares how no obstacle would deter his reunion with the beloved were she only to signal her willingness. There is an outburst of bravura in the second verse of ‘In my sage moments’, while ‘The tragedy of that moment’ is underpinned by a funeral march in the piano part.

The central works in Ireland’s song oeuvre are those written from about 1930 onwards, when he had absorbed the influences of various contemporary developments and synthesised some of them into his own musical personality. If that meant turning his back on some of the trends with which he had experimented, it also meant re-establishing his links to the English song tradition. Two collections of songs exemplify this and seem the best representatives of the composer’s gifts. “Songs Sacred and Profane” date from 1929-31. The sacred ones include ‘The Advent’, about Christ’s coming, and ‘Hymn for a child’, an account of the boy Jesus and his precocious visit to the temple at the age of twelve, written in suitably artless verse. The former has a false close from the piano but, when the voice does return for the final three lines, the music, previously quite uncompromising, relaxes into a tonally friendly idiom. The second song contains a number of playful effects which Luxon, then already established as a singing actor on the operatic stage, enlivens. In the profane category, ‘My fair’, with its passionate lyrical line, contains several high climaxes and he certainly has the upper extension to do them justice. Ireland’s setting of Yeats’s ‘The Salley Gardens’ has an insistent falling fifth in the vocal line and a characteristic turn in the piano part as identifying marks, while the interpretative requirements this time are the ability to spin a soft, tender line, which our baritone does admirably. It is all change again for ‘The Soldier’s Return’, with its marching rhythm, and the set ends with the ironic ‘The Scapegoat’, with its message about communal sanctimony. There is much colouring from the singer and a witty piano part, with belly-laughs at the end.

Placed next on the second CD are the “Five XVIth Century Songs”, to whose varied character the composer again responds with sympathy and imagination. There are hints of pastiche in some of them reminiscent of some vocal works of Britten. In ‘All in a garden green’ Luxon expresses his affection with honeyed tone, while in the jaunty ‘An aside’ the broad smile on his face is impossible to ignore. The dreamy, lilting rhythm of ‘A Report Song’ contrasts with the jovial, energetic commentary on the delights of May in ‘The sweet season’.

John Steane has written of Ireland being “on the verge of commitment to melody” and that many of his songs “retreat just as that verge comes into view”. It is certainly true that his melodic line is rarely straightforward and frequently flexible. Challenges are presented to the listener, balanced, I suspect, by rewards to the singer. The lines are nearly always lyrical in shape, with few moments of conversational style; sometimes, however, those lines wander off in unexpected directions. With a singer of Luxon’s technical command the logic of the melodic shape is always convincing and inevitable.

The piano played an important role in Ireland’s professional and creative career and the accompaniments to these songs almost always demand attention. Of general mood-setting and enactment of detail there are numerous examples in these recordings. On occasions it goes further and the piano part seems to have an independent life, not reinforcing the sung words but heading in a wholly different direction. Take ‘Spleen’ from the trio of songs entitled “Marigold” or the metre of ‘My fair’. Alan Rowlands delivers the piano parts with the right degree of prominence and independence throughout the set. 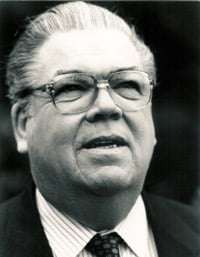 One notable feature of Ireland’s song writing is its economy. Most of these songs last less than three minutes and some are hardly one minute in length. This is particularly true of those on the third CD, whose average length is a mere two minutes. The majority of them are performed by John Mitchinson. His was a dramatic tenor, whom I remember most vividly as Tristan and Dalibor. The baritonal foundation of the voice is topped by a higher register which can sound strained at less than full volume. He seems to feel more comfortable singing forcefully: the pastoral mood of “Hawthorne Time” is betrayed by his too-potent declamation and “The East Riding” is too monotonously loud. Nevertheless, I find plenty to admire in his singing: the final lines of “The Heart’s Desire” involve a finely graded diminuendo, while in “Remember” he matches his fortissimo cry with two soft echoes of the words.

Mitchinson is less well suited to the vocal style of “The Land of Lost Content”, written for the slim-voiced Gervase Elwes; , the high tessitura of some of the less extrovert songs brings out an ugly wobble. This should not obscure the evidence, however, that Mitchinson is a more musical and imaginative artist than we gave him credit when he was active.

The final contributor to these recordings has also suffered from under-rating. Alfreda Hodgson is sometimes described as a contralto (as by Lyrita) but, as heard here, she was a mezzo-soprano with plenty to offer in the top part of the voice. She is eloquent in “The three ravens”, perhaps a little arch in “Bed in summer” but excels in the 1918 cycle “Mother & Child” (words by Christina Rossetti), as she impersonates the two characters through life from birth to death. The nobility of the mother and the spontaneity of her offspring are impressively conveyed. Her partnership with Rowlands is a significant element in the remaining songs: “Earth’s Call” is a harmonically progressive song in which the pianist imitates the beating of birds’ wings and then has a powerful interlude of his own, while in ‘Rest’ the singer’s breath control is impressive in the re-creation of a soporific summer afternoon and the onomatopoeia of Rossetti’s verse is carefully reflected by her accompanist.

The CDs are accompanied by the songs’ texts and a comprehensive note by the late William Mann, which shows that writer’s admirable ability to characterise individual songs, explain the relationship between text and musical setting and discern trends in the overall oeuvre. He is still missed.