Malcolm Williamson (1931-2003) was a multi-talented musician; he was not only a first-rate pianist –as he demonstrates in his playing of the Sonata on this CD – and organist, but was also a composer who was successful in writing for children, films, opera, orchestra, voice and chamber ensembles in a number of styles. A troubled man, particularly towards the end of his life, he also got a reputation for failing to deliver on time, mainly due to the late completion of a work as part of his duties as Master of the Queen’s Music.

Having studied piano, violin and horn at the Sydney Conservatorium and composition there with Sir Eugene Goossens, Williamson came to London to study further with Elisabeth Lutyens whose influence is perhaps most clearly heard in the Piano Sonata No.2. Written in 1957 as a memorial to Gerald Finzi, the sonata was commissioned by the Cheltenham Festival Society and first performed in that year by Robin Harrison. It is a knotty work, seemingly atonal at first acquaintance, and needs a good deal of effort by the listener to gain access to the idiom Williamson chose to use. A tough work, it uses the full range of the keyboard. The first movement is acerbic and runs into the second, a threnody. The short finale is fast and rhythmic, tying up the ideas of the first two movements and ending with an outburst of joy. This recording first appeared on an Argo LP devoted to British composers playing their own works for piano.

The remainder of the programme first appeared as part of an EMI 2-LP set devoted to Williamson’s music. The orchestral works are all from the late-1950s. Williamson had become a Catholic in 1952 and the three works here are influenced in some way by his conversion.

Championed to publishers by Sir Adrian Boult and Benjamin Britten, Williamson started getting numerous commissions. Santiago de Espada on the theme of St James, patron saint of Spain, was first performed by the London Philharmonic and Boult at a private concert in 1957. It is a very accessible work, much in the shape of an overture by Walton, with a sweeping melody in the middle section.

At the same concert the First Symphony was also aired. The title, Elevamini, comes from Psalm 24 and means “Be ye lifted up”; the work was written as a result of the death of Williamson’s grandmother, and, with its original ideas, is a remarkable achievement for the young composer. The first movement concerns the alert to the arrival of a new soul to Heaven, brass chords followed by a meandering melody picturing the soul’s migration. After a funeral march, the brass chords reappear to announce the arrival. The second movement concerns the joy at that event, alternating with a benediction-like motif, while the finale, the soul’s acceptance, at the end dies away to infinity and everlasting life. 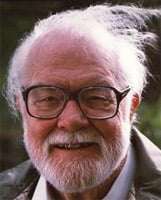 Sinfonia Concertante also has three movements, each with a religious title, and was originally to be Williamson’s second symphony. The first movement, ‘Gloria in excelsis Deo’, begins forcefully with trumpet chords and a chant from the piano, becoming rhythmic and energetic, led by the strings. ‘Salve Regina’ is written in the shape of an arch, most beautiful in its moments of quiet contemplation. The finale, ‘Gloria Patri’, consists of a sparkling rondo, followed by a lengthy epilogue which ties together earlier episodes before concluding with hope and brio. Truly, this is a work crying out for more performances.

Sir Charles Groves and the Royal Liverpool Philharmonic give committed performances just occasionally lacking in ensemble, while Martin Jones plays his part with suitable aplomb. The recordings, though not quite up to the highest standards of a Lyrita original, are nonetheless pretty good for their period and, alongside Chandos’s Williamson issues, can be highly recommended.