Just what the musical doctor ordered! A very welcome chance to extend our appreciation of a terrific if underrated composer, Malcolm Williamson (1931-2003), Sydney-born and London-domiciled, the Master of the Queen’s Music from 1975. His Piano Concertos could not be in better hands, literally, those of Piers Lane, and he in turn could not be more sovereignly partnered than by fellow-pianist Howard Shelley. He conducts the admirable Tasmanian Symphony Orchestra and swaps his baton for the keyboard in the two-piano work (1971), the Tasmanian string-players fully seized of the music’s rhythmical ingenuities, the first movement tumbling forward irresistibly, always intriguing in its shifts and surprises, and followed by a veiled slow movement, sometimes suggesting sly humour and more overtly of aching melancholy, something brushed aside by the buzzy, jazzy and riffy finale that fizzes with invention and incident. Of the other non-numbered piece, the long-gestated Sinfonia concertante (for piano, three trumpets and strings) is terse yet invigorating, the brass-threesome adding a steely edge to an intriguing soundworld that cannot be confused with Shostakovich’s similarly scored (single trumpet) Piano Concerto No.1. Syncopation abounds, here and in the finale. In between, the initially subdued slow movement rises in intensity only to sink back to nearly nothingness. 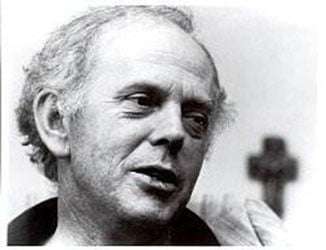 Piano Concerto No.1 (1958) opens with a quiet stroke on a gong, an invitation to a feast of melody and rhythm over the courses of its three movements, colourful music that both captivates and stimulates and with agreeable hints of Williamson’s loveable concert overture, Santiago de Espada. There’s a lot of wit and ardour here and a fondness for an expansive, out-of-doors tune. Piano Concerto No.2 (1960), with string orchestra, enjoys a snappy and scintillating opening movement, a sacred slow one, and a laugh-out-loud finale that Malcolm Arnold would have put his name to (not the only time that this composer comes to mind while listening to Williamson’s piano-concerto oeuvre).

Being an excellent pianist himself, Williamson recorded his four-movement, 30-minute Piano Concerto No.3 (1962), for Lyrita, with Leonard Dommett conducting the London Philharmonic, coupled with the composer essaying his Organ Concerto, Sir Adrian Boult at the helm. Piano Concerto No.3 requires a full orchestra and is dedicated to John Ogdon. The opening movement is sunny and lyrical, and also offbeat and heroic. Its scherzo-like successor vies between light-heartedness and darker, more obsessive thoughts. There follows an extended slow movement, accounting for nearly half of the Concerto’s length, music that turns out to be deceptively naive given the later nightmarish interruptions. The finale lampoons the previous deep hurt and vale of tears. Piano Concerto No.4 is much later, 1994 – and this is its first recording, – with three short movements totalling a few seconds short of 15 minutes. There is no lack of pugnacious rhythms, sincere refrains or dense harmonies, if edgier than previously, yet a bittersweet quality seems to hover over the whole, coming to the fore in the beguilingly lovely slow movement, really quite poignant.

This then is marvellous stuff, music of dazzling invention, disarming wit (and not the sort you tire of), generosity of spirit and a lust for life (although, sadly, Williamson’s last years were wracked with illnesses). Admirers of Bartók’s and Prokofiev’s piano concertos will find much here to enjoy, so too those who relish song, dance, irony and a big heart, and a composer capable of being acerbic and romantic in equal measure. To all concerned with the making of this release, take an award … no, take several.