When reviewing Otto Klemperer’s 1955 Cologne recording of Brahms’s First Symphony I went into detail about performing traditions of this work – the frequent and (sadly) predictable manipulations of tempo. I also felt not entirely convinced that the Cologne version represented Klemperer’s true view of the music. This touches on the change in the conductor’s interpretative approach over the years and I was delighted to see the writer of the booklet-note for this Naxos release challenging the common misconception of Klemperer (1885-1973), which is often based only on performances given towards the end of his life. This was a time when I recall an occasional uncertainty of purpose creeping into Klemperer’s work. He increasingly favoured slow tempos, too, but this was by no means characteristic of his overall conceptions – one only has to think of his Vox recording of Bruckner’s Symphony No.4 – by far the fastest on disc – or his high-speed Vienna Symphony Orchestra version of the finale of Mendelssohn’s ‘Italian’ Symphony.

In my review of the Cologne recording, I suggested that the Brahms 1 by which Klemperer is judged (with the Philharmonia Orchestra on EMI) gave a reasonable representation but that it is a cobbled-together job having been recorded on different occasions from December 1955 to March 1957. The German Parlophon recording, now on Naxos Historical, actually took five very-separated sessions. It is a far more Romantically inclined performance than any other that I have heard from Klemperer and includes examples of the no-longer-fashionable portamento so favoured in the early 20th-century. Tempos are very flexible: unfortunately so in the coda of the first movement where the reduction comes long before Brahms’s ‘Meno allegro’ appears in the score and disappointingly at the end of the finale where the worn-out old notion of slowing for the return of the ‘Chorale’ is far more exaggerated (if still questionable) than at this point in the Cologne version. 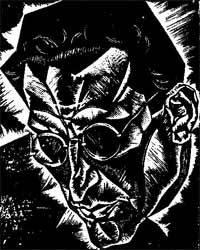 All this said, Klemperer still holds the attention because his flexibility seems not to impede the flow of the music, his changes of speed ease one into another in a musical manner. It is by no means an ideal interpretation of this classically-formed symphony but it makes sense and there is huge tension when the music builds excitingly towards climactic moments. Interestingly, all four movements have faster timings than in either of the later recordings with some particularly furious moments in the finale. I praised the Cologne version of the slow movement but the Berlin State Opera Orchestra expounds the music’s beauty even more effectively with superb violin and horn solos towards the end.

This Naxos release confirms that Klemperer changed his view of the symphony considerably over the years. I do think, however, that his post-Cologne performances are probably the most representative. I cite his late-1956 Philharmonia Orchestra interpretation at the Royal Festival Hall as one of the greatest I have ever heard of this work. Nevertheless, Naxos provides a valuable historical document, superbly transferred. Apart from the weakness of the timpani which is so typical of recordings of that period (presumably it was necessary to avoid putting too much stress on the gramophone needles of the day) the balance allows the other instruments to come through with surprising clarity and despite limited frequency range the string section is mightily powerful. Again praise for restoration engineer Mark Obert-Thorn who is so careful not to filter away the music when reducing surface noise – the ear soon adjusts to the even background swish and, as always with this engineer, the side-joins of the original 78s are immaculate.

The sound of the Academic Festival Overture is a little more immediate with some splendid woodwind solos – don’t expect to hear any high percussion though. Klemperer gives an interesting reading with one or two surprising tempo changes. His penchant for hurrying the introduction seems much the same as when he conducted the work in his old age but the whole thing is vivid and generally very fast.

The “Tristan und Isolde” Prelude (with concert ending) is given a remarkably intense performance and the decent, well-balanced sound of the Brahms Overture is retained. So eloquent is Klemperer that I soon forgot the age of the recording – a real treasure from the past.

Siegfried Idyll is less successful – exact date and place of recording are unknown and the sound is disappointing – high frequencies are even more limited and this delicate music suffers from restricted dynamic range and lack of hall reverberation. Spoilt by the presentable quality of the ‘Tristan’ excerpt I can only describe the sound of the Idyll as ‘ancient’.

Nevertheless this is a release that offers valuable insights into the musical viewpoint of Otto Klemperer in mid-life.