The great days of Hollywood movie-making, the so-called Golden Age, were during the 1930s and 1940s when US films were the envy of the world, when the stars of the silver screen were loved globally, and when some of the best film-music ever written came out of the Hollywood dream factory.

These composers are definitely from the Golden Age of Hollywood, whereas those chosen for this LPO concert are of the next generation. Bronislaw Kaper (1902-83) was under contract to MGM from the 1930s up until 1968. Franz Waxman (1906-67), who began composing film music in the 1930s, was one of the founders of the classically-inspired movie score, and continued writing until the early-1960s. Alfred Newman (1901-70) was Music Director at 20th Century Fox for twenty years, and composed for films from 1930 until the year of his death. 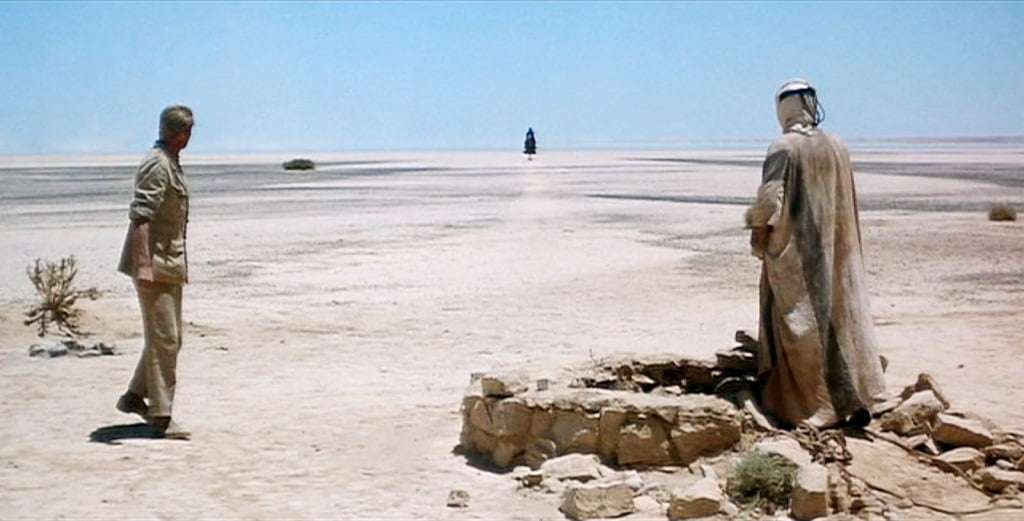 Alex North (1910-91) wrote from 1951 until 1997 and was instrumental in providing the cinema with its first jazz-orientated score in A Streetcar Named Desire (1951). Bernard Herrmann (1911-75) is most well-known for working with Orson Welles and Alfred Hitchcock. Jerry Goldsmith (born 1929) was a relative newcomer writing for films from 1957 until his death in 2004, inspired by many of great émigré musicians.

With different backgrounds are three creators from Europe: Maurice Jarre (1924-2009), the most celebrated film composer to come out of France (pace Michel Legrand); Nino Rota (1911-79) who made his name with the films of Federico Fellini and later with Francis Ford Coppola’s The Godfather series; and Ennio Morricone (born 1928), the only composer here who is still with us. He has covered the waterfront in his vast output, using all styles of music in his compositions from 1959 onwards.

Could there be a better way of beginning this recording than with Alfred Newman’s famous Fanfare for the opening titles of 20th Century Fox films? Written in 1940, when CinemaScope came along in 1953 Newman added an extension to cover the announcement of the wide-screen process. Still in use today, the Fox Fanfare sums up the whole history of Hollywood in one grandiose gesture.

Also written for the Fox studio was Alex North’s score for Cleopatra (1963), Joseph L. Mankiewicz’s colossal but ill-fated production with Elizabeth Taylor and Richard Burton. The shooting was beset with difficulties such as bad weather and the title star’s health problems. The film ran over-budget and over its projected running time, too, leading the studio to demand severe cuts. What could have been two three-hour epics (as Mankiewicz had originally intended) became a single film running for three and a quarter hours. North wrote what is arguably one of the best scores to come out of Hollywood. Represented here is his Cleopatra Symphony, the first part combining themes for Caesar and Cleopatra and the second for Antony and Cleopatra, in the way the director wanted to present his production. It was not to be but the music is still beautiful, subtle and completely engaging. The score was nominated for an Academy Award but did not win.

Nina Rota’s music for The Godfather (1972) has become, along with Bernard Herrmann’s score for Psycho, Henry Mancini’s Pink Panther tune, Maurice Jarre’s Lawrence of Arabia theme and John Williams’s music for Jaws, the most recognisable in all of Hollywood’s musical output. It’s that insidious love theme, the trumpet solo that does it. It takes us straight into this epic tale of a poor boy from Sicily and his journey to America. Rota was also an opera composer and the three Godfather films, particularly Part III – which is wordless for much of its conclusion with only the score to carry us through to the end – are operatic. The score was Oscar-nominated but later revoked by the Academy, as not all the music was considered to be original.

The first CD ends with ‘The Ride of the Cossacks’ from Franz Waxman’s score for J. Lee Thompson’s Taras Bulba (1962), with Yul Brynner and Tony Curtis. Apparently Waxman based this piece on a melody taken from a book of Russian songs that he found on a concert tour of the Soviet Union. It is a powerful piece that evokes the ride of the title with great energy and power and makes one want to watch the film for this scene alone. Taras Bulba was not nominated for any awards, although Herrmann reckoned it the best film score ever composed. 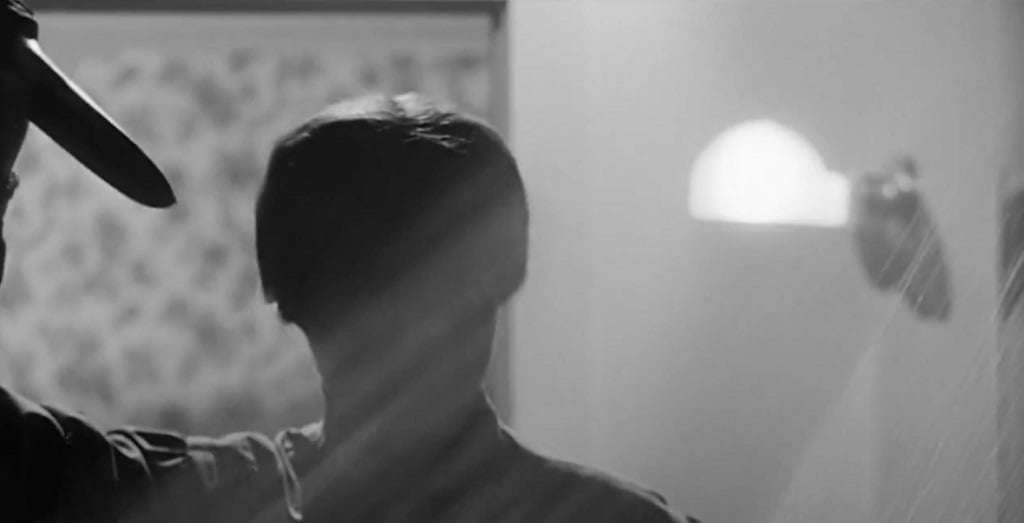 The second disc opens with Alfred Hitchcock’s Psycho (1960). The director admitted that a third of his film’s effects were successful because of Herrmann’s music. From the opening bars with the strings repeatedly stabbing away, the music sums up the eerie qualities of the film and it is impossible to imagine Psycho without it. John Mauceri was given access to Herrmann’s manuscripts and created the first performing edition of an arrangement that Herrmann never performed. The film was nominated for four Academy Awards but the score was not even acknowledged and the movie won nothing at the Oscars.

Kaper’s score for Mutiny on the Bounty (1962) was a huge undertaking that mixed the symphonic with local colour from Polynesia because some of the film was shot in the South Pacific. The main theme is a grand explosion of epic scope using percussion to brilliant and exciting effect. ‘Portsmouth Harbour’ is a jolly melody that could have been a sea shanty or hornpipe, while ‘Storm at Sea’ conjures up the vigour and watery danger of the high, rolling waves. ‘Girls and Sailors’ has some (non-credited) voices in a piece that evokes ethnic Tahitian melodies together with a pounding march section. ‘Christian’s Death’ details the passing on Pitcairn Island of the mutinous Fletcher Christian as he endeavours but fails to save the Bounty from burning and in the conflagration is himself burned to death. The film was nominated for seven Oscars including one for music but received none at all. 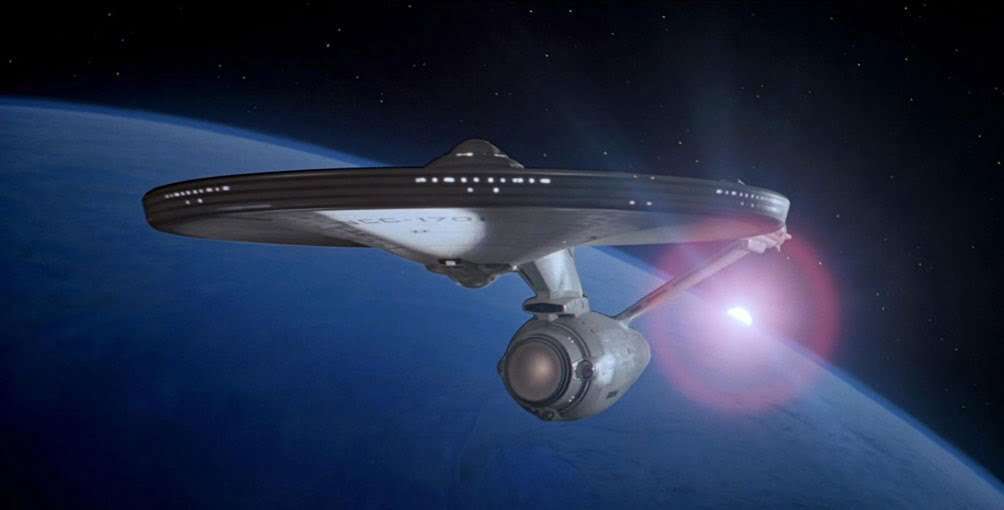 For Star Trek (1979) ‘The New Enterprise’ was an extra piece written by Jerry Goldsmith to accompany the promotion of Captain Kirk to Admiral. It has all the hallmarks of the previous generation of great Hollywood composers, symphonic passages with epic themes.

In ‘Deborah’s Theme’ from Once Upon a Time In America (1984), Ennio Morricone is in Mahlerian mood for a softly romantic interlude for Sergio Leone’s final film that brought an end to an outstanding career. The piece was written for another movie but rejected. It is a beautifully contemplative piece in stark contrast to the horrors of much of Leone’s previous work. This film won no Oscars but the score secured a BAFTA award.

Maurice Jarre’s music for Lawrence of Arabia (1962) became a success in its own right and won one of the film’s seven Academy Awards. ‘Lawrence and the Desert’ is created by Mauceri and included because the LPO played the soundtrack for the film. The main theme is one of the most iconic pieces of music ever written for the screen.

The London Philharmonic plays all the music with great panache, bringing it alive without the need for images. John Mauceri is the expert in this field and his arrangements and editing of the scores do true justice to all the composers.