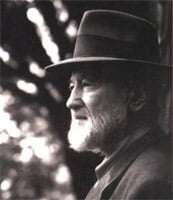 Whether or not intended as the climax of this year’s Aldeburgh Festival, this performance of Charles Ives’s fabled Universe Symphony made for an impressive rounding-off of what, even by the standard of this event over the past 25 years, was a varied and imaginative programme which said much for the artistic directorship of Pierre-Laurent Aimard.

As with that other mythical product of its composer’s late maturity, Scriabin’s Mysterium, the Universe Symphony has suffered from a perception that Ives was only half-serious about its completion – not least as the very concept appeared to change during its gestation (roughly 1915 to 1928) towards a utopian undertaking well in advance even of such ambitious works as the Fourth Symphony; a perception abetted, moreover, by Ives’s oft-quoted and equally misunderstood remark that others might like to try finishing off what he had already started.

Others have indeed taken up the challenge – that by Larry Austin having being heard in Europe (not least a memorable hearing at the Warsaw Autumn Festival in 1995), while that by Johnny Reinhardt garnered much attention at a New York performance in 1996. Compared, however, to the former’s essentially original composition or the latter’s overbearing microtone-fest, the realisation by David G. Porter follows almost entirely the sketches as Ives left them and is thus the most inherently and audibly Ivesian in consequence. 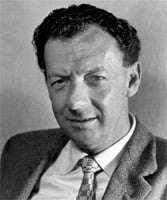 Having earlier made realisations of both the Emerson Concerto and (in collaboration with Nors S. Josephson) the Third Orchestral Set – the latter given its belated public premiere by the Ealing Symphony just last year – Porter was ideally placed to do likewise with the Universe Symphony, though he has focussed only on those sections which are intact in the composer’s sketches (much as are the first and third movements of Mahler’s Tenth Symphony).

Hence his edition opens with the ‘First Prelude’ for 20 percussionists – its palindromic cycle of increasing than decreasing complexity being heard twice in (subtly altered) succession, followed by the entire ‘Section A’ (representing “Past: Formation of the Waters and Mountains”) then the coda to ‘Section C’ (representing “Future: Heaven, the Rise of All to the Spiritual”) which had been the intended conclusion to the piece.

The outcome, while playing for barely 30 minutes, is a powerful affirmation of Ives’s underlying convictions – the ‘First Prelude’ building on the percussive continuum hitherto explored in the finale of the Fourth Symphony as intensively as ‘Section A’ builds on that work’s second movement in a kaleidoscopic interplay of orchestral textures dominated by the elemental sound of brass, before the coda to ‘Section C’ provides an ideal conclusion (given the curtailed context) with its hieratic chorale on woodwind and strings which seems to tail off into the infinite.

Even in this truncated form, the majesty of Ives’s conception and the sheer quality of his music came through unabated – a tribute to the dedication with which James Sinclair had prepared this sizable amalgamation of students so that little was left to chance. A pity that erratic weather conditions meant the percussion ‘Prelude’ was not able to be performed outside as intended, yet its impact ‘indoors’ proved commensurate with the piece as a whole. Porter’s recent and untimely death likely means that a realisation of the whole work along these lines is unlikely, though what remains should hopefully be set down by Sinclair as part of his ongoing project (for Naxos) to record Ives’s orchestral output in the latest critical editions.

If and when he does, the Second Symphony could prove an ideal coupling. Conceived at the turn of the last century, but probably put into its present shape between 1907 and 1909 (the Ives chronology being scarcely less intractable than that of J. S. Bach), its combining of American folk and popular melodies within a European symphonic ethos has made it the most directly appealing among Ives’s larger works and this account had its measure. Nominally in five movements, the first and fourth are essentially slow introductions to those that follow: Sinclair gave them with a seriousness which was never portentous, while the second movement was finely shaped and awkward transitions skilfully negotiated. The Adagio, one of the finest such movements after Brahms, exuded real pathos and Sinclair was mindful that the high-spirits of the finale were kept in check until the uproarious coda, in which not even the tendency to muddiness of the Maltings acoustic could offset an irresistible surge through to the explosive final dischord.

Far from unimpressive as a curtain-raiser, Copland’s Fanfare for the Common Man (1942) was slightly marred by some less than unanimous brass playing as a well as marginal lack of coordination between bass drum and timpani, but there was little doubting the music’s aspiration – albeit in rather less exalted terms than with Ives – towards the transcendent.