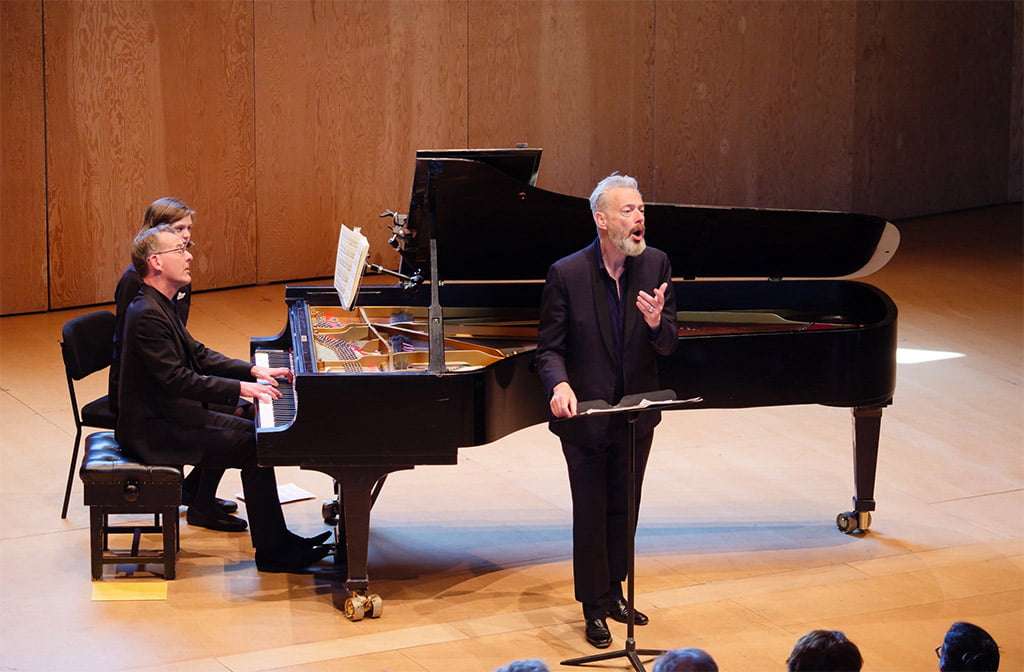 The Aldeburgh Festival’s opening weekend was built largely around one of this year’s three artists-in residence, Thomas Larcher (the other two are Mark Padmore and Barbara Hannigan), in his opera The Hunter’s Gun and then, more briefly, in Paul Lewis’s piano recital.

This current event in the Britten Studio, “Thomas Larcher and Friends”, turned out to be a rather more ingratiating way into his music, in a programme placing him in the context of Bach/Kurtág and Schubert.

György Kurtág’s transcriptions for piano duet of J. S. Bach Chorales set the scene, with Larcher (playing secondo) and Lewis shadowing Bach’s sober harmonies with stealthy bass lines and tactfully judged voice leading. Anyone who has spent time at a keyboard with Bach’s settings will know the particular stillness they impose. Kurtág’s deferential expansions just edge them away from extreme privacy, something Lewis and Larcher caught with brief but mesmerising results.

Larcher then went solo with his Poems, twelve short pieces he’s worked on between 2001 and 2010. They are cryptic, some of them, like Kurtág’s Jatekok (Games), getting into the world of children, others to do with travels, memories and random impressions. Larcher knows well the value of a snapshot idea, and his playing only added to their attractions. Sometimes you wonder if he might overdo his fondness for prepared-piano effects – severely deadened sound, light glissandos direct onto the strings – and he doesn’t hold back in A Padmore Cycle, performed by the named singer and Andrew West. I had only heard these eleven songs (setting words of haiku-like brevity and significance by Larcher’s fellow-Tyroleans Hans Aschenwald and Alois Hotschnig) in a later orchestral version, and they work infinitely better in almost palpable dependency between voice and piano. Padmore was completely at ease in the settings’ confiding, conversational directness, West at his intuitive best in a piano role that is more dialogue than accompaniment, and Larcher’s music seemed exclusively geared to their intense expressiveness.

Schubert completed the recital – blithe readings of two Johann Seidl settings, ‘Im Freien’ (D880), and his final song, ‘Die Taubenpost’ (D965a), in which Padmore reminded us of the beauties of his lower voice and the finesse with which he weighs words. Larcher wrapped things up with the mysterious Allegretto in C-minor (D915).

The sequence as a whole was drenched in the power of memory and place, with the sort of romantic melancholy that goes with notions of Heimat and Sehnsucht. It was like hearing the haunting impressions left by W. G. Sebald’s books channelled into music.