Thomas Larcher
Das Jagdgewehr – Opera in a Prologue and three Acts to a libretto by Friederike Gösweiner based on the novella Ryoju (The Hunting Gun) by Yasushi Inoue [UK premiere; sung in German, with English surtitles] 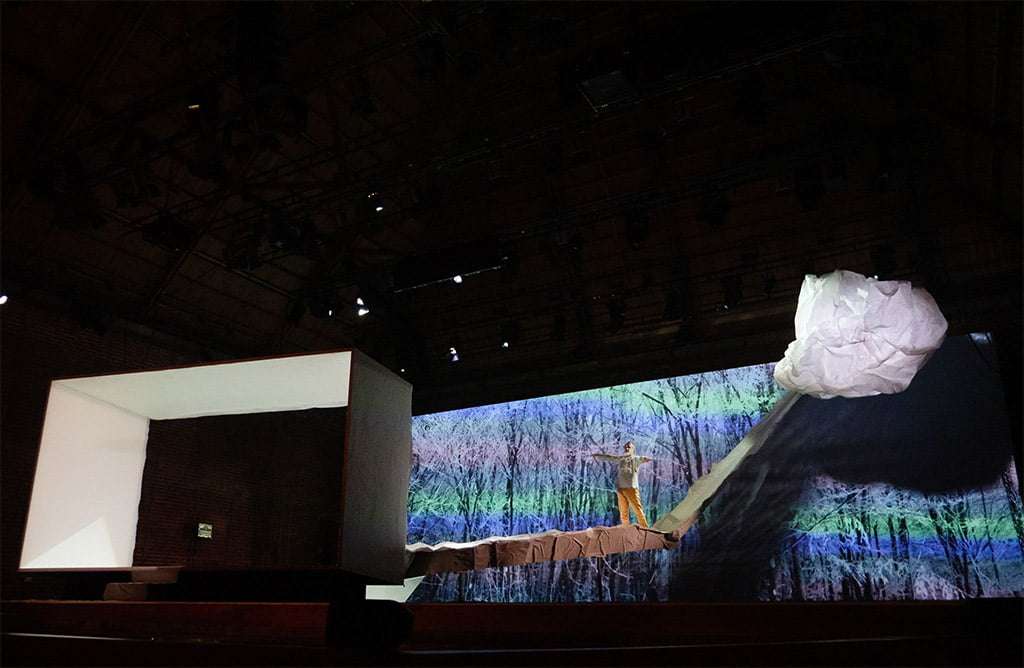 Thomas Larcher’s music is gathering ever-bigger audiences, with a directness of expression and perception in its way as acute as, for example, Britten’s. This is apt, because the fifty-six-year-old Austrian composer, perhaps more used to Alpine peaks than East Anglian flat-lands, is this year’s artist-in-residence at the Aldeburgh Festival. Das Jagdgewehr, Larcher’s first opera, had its premiere at the Bregenz Festival last year, and the same production is at Snape Maltings.

The Japanese writer Yasushi Inoue (1907-91) has been described (in the West) as one of the greatest novelists no-one has ever heard of, and the 1949 novella Larcher has adapted is a simple, these days unremarkable tale of infidelity, transformed into a poetic examination with profound and moral consequences. A poet observes a hunter alone in a wintry landscape and writes a poem that speaks so personally to the hunter that the latter writes to the poet, including letters written to him by three women – the hunter’s wife, his lover and his lover’s daughter – and, like an epistolary novel, these letters form the basis of Larcher’s opera. The poet has the first and last word, incidentally reminiscent of the role of the guardian in Britten’s The Turn of the Screw, and you could be forgiven for thinking that the responses from both composers to a uniquely Japanese aesthetic, certainly in this setting, seem very strong. There is also a Maeterlinck-style symbolism threading through events that stays muted. 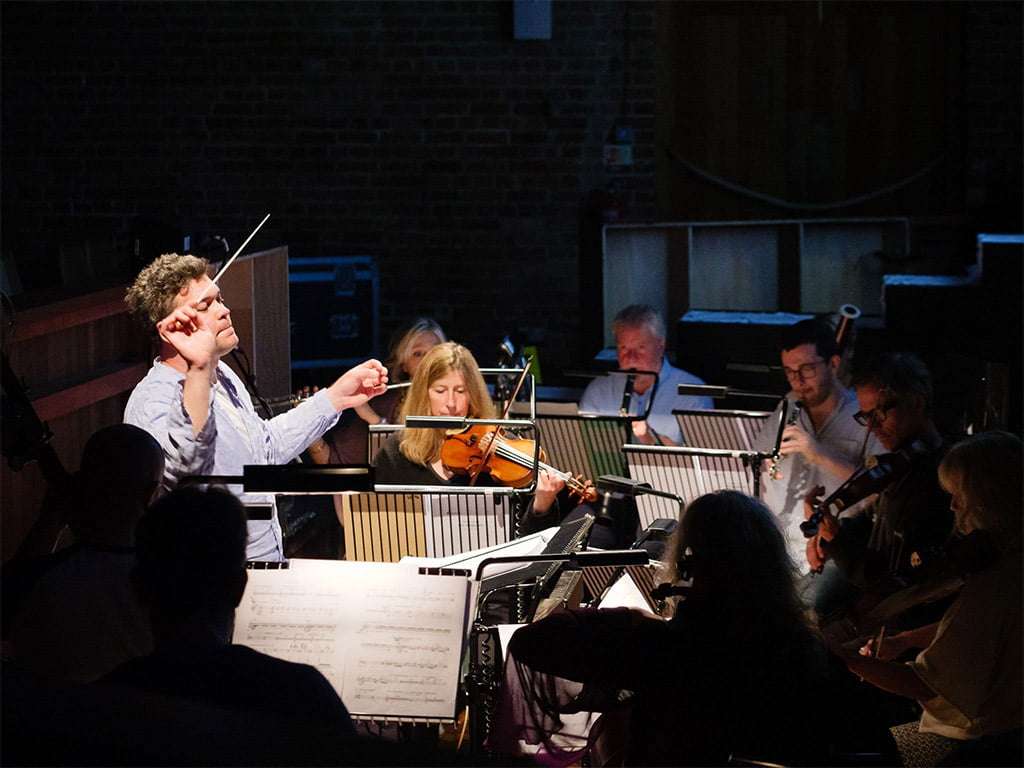 Karl Markovics’s staging is minimalist to a degree, and his video projections – Markovics is a film director – on a stage-wide screen behind the set anchor an all-pervasive melancholy, with images of snow, trees, water – all compounding the story’s overwhelming sadness resulting from betrayal, secrecy, loneliness and recriminations, and it all ends very badly. It’s a floating world of misery, with tensions lightly but tightly applied, Larcher’s music expressing the bleaker aspects of intense introspection and self-knowledge. The music is both precise and elusive, and the writing for the three percussionists and a significant multi-tasking role for piano is so meticulously scored and executed that at first it sounds artificial. The woodwind-writing is particularly poetic, and Larcher moves easily from creating echoes of the Austro-German masters – nods to Bach, Schubert, Schumann or Bruckner drift in without a shred of attention-grabbing self-consciousness – to a mesmerising deployment of tonality and scraps of lyricism. There is also a big role for accordion, an instrument for which Larcher writes with eerie imagination. This combination of tonal content and sheer beauty has great clarity, and along with Larcher’s insolently instinctive manipulation of memory, the accumulative effect is breathtaking.

Unfortunately, the writing for voices, especially for the three women, steers away from suggestion and organically crafted shadings towards something more melodramatic. The way-above-the-stave writing for Shoko, the stroppy, traumatised teenaged daughter, made me fear for Sarah Aristidou’s voice, and its consistent use has diminishing returns; Aristidou also sang the role in Bregenz, and you couldn’t deny her command and athletic range. Giulia Peri (another Bregenz participant) is a more mysterious figure as Midori the wife, whose concealment of her awareness of her husband’s affair escalates the tragedy, and she got close to the spirit of Larcher’s word-setting. As Saiko the lover, Iris van Wijnen portrays the role’s power, vulnerability and eventual disintegration (Saiko commits suicide) with distressing realism – and she is spot-on at conveying the lovers’ extreme self-absorption when she and Josuke contemplate the beauty of a boat on fire out at sea without a thought for the people on board.

The women’s colour-coded Western dresses don’t complement the set’s Japanese economy. Peter Schöne plays the hunter as a tragic rather than a predatory figure, so that, at the end, when the story has run its course, he is almost sympathetic as he embarks on his own winter’s journey, and his range from soft-grained baritone to intense falsetto elegantly fits Larcher’s music. As the Poet, Samuel Boden channels the quartet’s agonies while standing apart from the action, and his tenor is heard at its most eloquent. The seven-strong EXAUDI Ensemble’s off-stage singing adds distance and objectivity, rather like the chorus in a Passion setting. Making its Aldeburgh debut, the newly-formed Knussen Chamber Orchestra Ensemble plays this complex score with consummate authority, incisively conducted by its founder Ryan Wigglesworth.