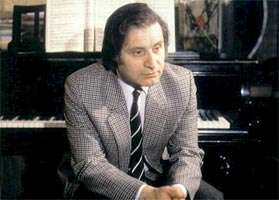 Although part of the Southbank Centre Festival “Between Two Worlds” (directed by Vladimir Jurowski), this concert, hidden away as it was at the Royal College of Music, should have attracted a much larger audience. The heavily carpeted Amaryllis Fleming Concert Hall (just about the most unsuitable venue imaginable for this sort of music!) was pretty full, but every self-respecting choral singer in London should have been clamouring at the doors for a ticket, for what has to have been one of the most jaw-dropping displays of vocal virtuosity that London has seen for some time. We have in this country got into the habit of being very smug about our choral tradition, but we would be hard-pressed to find a single choir here and I suspect in most of Europe that could carry off this hugely demanding programme with such confidence, musicality and showmanship – even with extensive rehearsal.

Heaven only knows how many rehearsals it took to get the fearsome Schnittke “Concerto for Choir” together. This 40-minute monster of a piece is one of his finest best pieces, about as far away from the tiresome polystylism of so much of his music as can be imagined. Of course it is true to say that the composer evokes, explores and extends the rich traditions of Russian Orthodox music, but this isn’t pastiche, this score has symphonic scope, and the range of colour the composer gets from a 16-part choir, from the ever-descending bass lines to ringing bell-like sopranos is extraordinary. 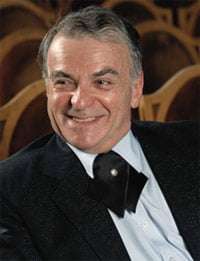 The members of the Chamber Choir of the Moscow Conservatory looked terrified when they entered and Boris Tevlin looks a hard taskmaster, but they delivered a mesmerising performance that produced audible gasps from the audience at the end of each movement. The clusters of chromatic chords, wide extremes of dynamic and dazzling leaps in the melodic line sounded the most natural things in the world. There might have been one or two occasions when one wished for a less-strident sound at the top of the soprano and tenor register, but those are small points – if only it had been given in a friendlier acoustic!

The choir looked much more relaxed in the second half and even the scary-looking conductor managed a smile or two! The fifteenth “Sacred Concerto” of Bortnyansky (1752-1825), he wrote forty such pieces, proved a sort of choral equivalent to a Baroque Concerto grosso and demonstrated the choir’s lightness of touch and rhythmic agility. Then a came a sequence of shorter pieces including a rare miniature by Rachmaninov, for once not from one of his settings of the liturgy, for “Panteley the Healer” sets a poem by Alexei Tolstoy. There followed a beguiling piece by the little- known Pavel Chesnokov (1877-1944) that showed the choir has several good soloists in its ranks, and more Schnittke, the much more straightforward but nonetheless effective “Three Sacred Choruses”.

The choir (at least as far as the printed programme is concerned) saved its ‘trump card’ until last, with two striking theatrical tours de force by Rodion Shchedrin. Both reflecting the composer’s recent attempts to re-connect with pre-communist Russian tradition, these pieces find the choir taking on roles of soloists, chorus, orchestra, actors and use conventional singing alongside several effects including speaking, shouting, screaming, whispering – for once used for real dramatic effect, rather than just in the hope that it will sound ‘modern’. “Tsarskaya Kravchaya” was impressive enough, but “Purgachev’s Execution” (sung from memory), the story of a Cossack rebellion against Catherine the Great, was visually and musically stunning.

After such an intense finale, a series of increasingly bizarre encores brought the audience to its feet. Bizarre maybe, but never tacky and all delivered with precision, virtuosity and wit. More Shchedrin to begin with, the last movement of “Concertino for Choir”, then Rachmaninov, a Russian folk-song or two, a Piazzolla tango (complete with movement that would surely win an evening of “Strictly Come Dancing”) and … wait for this … The Flight of the Bumble Bee! A grin, a nonchalant wave and a “Spasiba London” from Mr Tevlin and it was all over. A staggering evening!