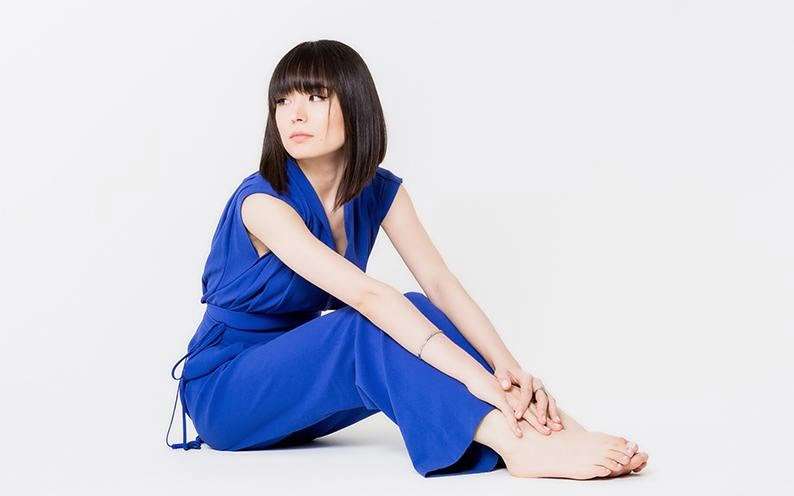 A particularly intelligent juxtaposition, this, part of Southbank Centre’s International Piano Series and Nordic Matters. It was Liszt’s enthusiastic endorsement in 1868 of Grieg’s First Violin Sonata – in the shape of a highly commendatory letter – that inspired Grieg to continue his aim of becoming a composer, soon reinforced by Liszt’s admiration of his Piano Concerto when the two composers first met in Italy.

Grieg’s Lyric Pieces may be considered miniatures – no more than one may invoke the same faintly derogatory word if applied to Chopin’s Waltzes or Domenico Scarlatti’s Sonatas – but they maintain an exceptionally high degree of originality and consistent musical quality, and are each so wonderfully written for the piano that they do not readily transfer to any other medium.

Alice Sara Ott’s programme was prefaced by a spoken homily, as she took a hand-held microphone to deliver a five-to-six-minute chat, none-too-well prepared, one has to say, to judge by her constant “and, er…” punctuations (as if addressing members of a provincial music-club rather than a London concert audience) before beginning her selection of twelve Lyric Pieces, early Impressionistic gems, each demanding a different sense of atmosphere from the pianist.

The slighter aspects of Grieg’s undoubted genius are found in the Lyric Pieces, for so long subject to views regarding them as little more than pretty, drawing-room sentimentalisms, views disabused by that fact that one quite often encounters harmonic surprises or rhythmic irregularities which raise the music some way above the ordinary. Thankfully, Ott never sentimentalised and her cool restraint, allied to her admirable command of phrasing, in many ways was just what was needed, although not every selection was given with the same understanding – her opening choice, the wonderful ‘Once Upon a Time’, was slightly marred by too exaggerated tempos. Grieg himself made thirty-four recordings of his own music, fifteen of them from the Lyric Pieces (some more than once), but on this showing I doubt if Ott has studied them very deeply. Such a view was reinforced in ‘Wedding Day at Troldhaugen’, where her graduated crescendo and slight variations in tempo were nowhere near the composer’s own, and were often reinforced by her clunking use of the sustaining pedal – an infuriating distraction. Grieg’s Paris recording of this work may now be getting on for 115 years old, but it remains the benchmark performance: Ott’s was disappointingly lumpy and occasionally uncertain in tempo.

Whilst welcoming a famous artist programming such a generous selection of these works, a stronger effect would have been obtained had she began with ‘Arietta’ and ended with ‘Remembrances’, which is a subtly varied reminiscence of the former.

The G-minor Ballade, which followed after a brief pause (no applause for the Lyric Pieces), is one of Grieg’s most important works. It is cast in the form of a folk-like theme and variations, skilful and eloquent in the composer’s most inimitable manner. There is a case to be made for it being a portrait of Peer Gynt himself, but the subtlety of the work often eludes pianists, who usually seek to find a set of miniature studies on a national theme, but the structure paradoxically also exhibits a bigger structure, possessing an overall sweep and infinitely more impressive sense of space, which loom in the background of this remarkable piece. It is in fact cast as a set of double-variations (each framed by a larger tripartite grouping) of fast and slow, culminating in a powerful climax before a brief coda reminiscenza reminds us from whence it began.

In many ways, Ott had the measure of this elusively original masterpiece, but the clunking sustaining pedal became wearisome in the powerfully extended climax, and the depth of tone the music demands in these passages was absent, veering on banging, although her hugely contrasted closing bars were quite magical.

During the interval, the piano keyboard was removed and was replaced with another, ostensibly to provide a “warmer” tone than the “transparent” one we had heard in the first half.

Whether this change of timbre was necessary with regard to the instrument itself, or whether the pianist felt unable to provide such necessary variety, the new keyboard was not the only change. As the audience settled for the second half, the auditorium was plunged into almost total darkness, the only electric light being a small bulb to the left of the piano, reminding some in the audience of Sviatoslav Richter’s final London recitals, as Ott returned, dressed completely in black (for the first half she wore a full-length white gown, the auditorium lit normally), to perform Liszt’s Sonata in this Stygian gloom.

Ott’s technique is quite astonishing and in almost every regard her account of the Sonata was no less scintillating than that of Horowitz, although nowhere approaching the more profound structural understanding of the Russian, thereby failing to reveal the underlying substance of the music. Her octave passages took the breath away, and her dynamic range was wholly exceptional, with pianissimos of gossamer lightness: these are all very well but Ott’s tendency to sentimentalise the music in the more extended quieter stretches lowered the impact of this still-astounding masterpiece, and failed to shape the work as it demands, reducing it to a succession of barely-connected events, a shade too wayward in style and suffering from the consistently distracting clunk of the sustaining pedal. In terms of dynamic gradations, hers was an engrossing account, but the very last note of all, that very low B, was too loud.

By way of an encore, Ott plunged into an arrangement of Grieg’s ‘In the Hall of the Mountain King’ (Peer Gynt), only two minutes after Liszt’s Sonata had finished – which told its own story, the Hall’s lighting now restored.