The American Composers Orchestra programs music by emerging and established composers, with the results often being a hit or miss affair, as in the case here – though the hits were formidable. 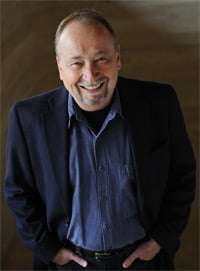 With this season, music director George Manahan has opted to program one significant older work in each program. Charles Ives’s Central Park in the Dark opened the concert. The outer sections evoked the park’s majesty and stasis, and the busier, manic inner section layered Ives’s signature mix of original music and (to use his own term) “deranged” familiar melodies of the late-19th and early-20th-century, most prominently Howard & Emerson’s “Hello My Baby” played on two upright pianos. Manahan and the players made a convincing musical argument that this work is far more effective with only thirty players than, say, a New York Philharmonic-sized ensemble.

Ryan Francis’s High Line is inspired by the High Line Park that runs above Manhattan’s FDR Drive, constructed on a stretch of abandoned elevated highway and one of the most unique parks in the city. Diatonic chords and clusters emerge out of silence into warm timbres and return to quiet as other sonorities emerge, with occasional short melodic flourishes toward the end of the work. The effect, while appealing, seemed to wear thin after a few minutes, though the blends and orchestration are very appealing, and instrumental balances were excellent.

Douglas J. Cuomo’s Black Diamond Express Train to Hell is an adventurous concerto for cello and electronic/recorded sounds derived from a 1927 Vocalion recording of a sermon by Reverend A. W. Nix, delivered in authentic blues-spiritual-oratory style. The recording is extended with repetitions of words and phrases, digital modifications, looped sequences, and programmed into a keyboard for precise, synchronized playback. The melodic content of the sermon is itself expanded and transformed in the solo cello and orchestral accompaniment. Maya Beiser reveled in the music’s demonic and exhortative nature, often giving the impression of improvisatory riffing off the sounds triggered by Cuomo. The orchestra matched the soloists’ plenitude of color, emphatic playing, and high-voltage sonorities. This was far and away the most impressive work and music-making of the evening.

For Westering, Christopher Trapani cites the works and instruments of Harry Partch. Trapani deploys inviting post-Partchian sounds from the orchestra and in particular a solo hexaphonic electric guitar, an instrument sporting a dedicated pick-up to each guitar string, yielding six channels of sound which are transformed through computer processing, including software fresh out of IRCAM’s spectralist mad-scientist dungeon. The guitar undergoes remarkable sonic transformations, coming from a speaker system surrounding the audience, with the orchestral music framing the dizzying flurries and barrages of sounds.

Jerome Kitzke has been composing for over forty years, and The Fire at 4 a.m. has a stream-of-consciousness structure that reflects Kitzke’s experience as a jazz and improvisatory performer and his interest in American history and lore. In the program note, Kitzke recounted his travels to the Pine Ridge Indian Reservation and the many places on and near there that had an influence on him. The work, at turns reminiscent of Frank Zappa, Leonard Bernstein, Edgard Varèse, and Don Cherry, is in constant motion; its meandering form was occasionally disconcerting, but the frequent eruptions of inventive motifs and melodies, both lyrical and exuberant and mostly grounded in traditional or slightly extended tonality, never failed to hold this listener’s attention.