To open its 2013-14 season the American Symphony Orchestra and Leon Botstein presented an imposing array of works written during the 1920s by adventuresome composers who had a connection with the New York music scene of the time. 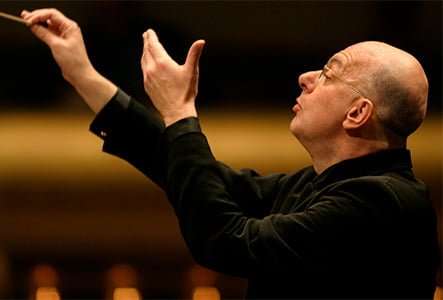 First up was George Antheil’s moderately successful attempt to incorporate jazz styles into symphonic tradition. During his early career, Antheil was known as audacious and followed the avant-garde, gathering the soubriquet “the Bad Boy of Music”. He wrote A Jazz Symphony during his Paris sojourn of 1925 (although he toned it down considerably in 1955). With this raucous, episodic work, Antheil confessed that he wanted to go one better than George Gershwin’s Rhapsody in Blue by infusing the work with multiplex rhythmic patterns brought to an effusion of sound bordering on the hysterical. An expanded percussion section includes steamboat whistle, drum-kit and gong, and a banjo adds African-American flavoring to the complex rhythmic passages. The work begins with a charming Mariachi-like theme for solo piano, performed by Blair McMillen, which is gradually buried under a freshet of rapid sliding scales drenched in dissonant intervals. Soon ragtime takes over, made to sound rather leaden by discordant tone clusters, and with such chaotic profusion of sound one wonders whether Antheil was more interested in caricature than a presentation of the diverse musical styles. The influence of the Parisian avant-garde culture of the 1920s is apparent in the unrestrained mania generated by complex polyphony, occasional improvisatory passages, and snippets that The Rite of Spring. Toward the close of this ten-minute work, the deluge suddenly stops and gives way to the simplicities of salon and then ballroom music, slashed by pyrotechnics from the pianist, which conclude this strange adventure into symphonic jazz. The ASO performed admirably, having fun, but stretches of ‘impure’ polyphony seemed rather mechanical.

A native of Elmira, New York, Charles Tomlinson Griffes wrote his Poem for Flute and Orchestra in 1919 under the influence of Debussy. An ascending phrase in the strings provides most of the work’s melodic material. The flute part, played impressively by Randolph Bowman, principal of the Cincinnati Symphony, is a comfortable blend of soft, rhapsodic lyricism and more rhythmically energetic figuration. Lacking nuanced phrasing, the orchestral playing seemed dry and the ambience without atmosphere, which did not enhance Bowman’s sweet, sensitive playing.

Aaron Copland, born and bred in New York, wrote Symphony for Organ and Orchestra in 1924 when he was in Paris finishing his tutelage with Nadia Boulanger. She had been invited by Walter Damrosch to play the organ in New York, and she asked her students to compose a concerto for her American tour. Copland accepted despite his inexperience. (Later he re-scored the work without organ as his First Symphony.) The organ is treated as an integral part of the orchestra, yet it remains very much in the foreground. The Symphony’s three movements are loosely connected by a recurrent motto based on tones of the minor triad and as the work progresses its real significance becomes apparent. Aptly titled ‘Prelude’, the brief first movement is a somber, meditative introduction with a single theme. A ‘Scherzo’ follows, based upon two themes, the first played by the oboe, the second by the organ. Toward the close, the brass bursts out to enhance a modified reprise of the first section, followed by a forceful coda. The ‘Finale’ in sonata form is the focal point of the work, its first theme beginning with the motto figure from the ‘Prelude’. Here the organ plays a more substantial part, particularly at the climax of the exposition section when it chants the motto figure. During the development, a solo violin presents a lively new theme. Imperceptibly the recapitulation emerges and culminates in a restatement of the work’s four principal elements. Stephen Tharp performed brilliantly, striking just the right balance between orchestral member and as an occasional prime mover. Despite some stretches that sounded pale and lifeless during the finale, the ASO held its own, generating a meditative atmosphere during the ‘Prelude’ and rhythmic vitality in the ‘Scherzo’.

Starting the second half of the program was Carl Ruggles’s monumental Men and Mountains, written in 1924. The title is taken from Blake: “Great things are done when Men and Mountains meet / This not done by jostling in the street”. Its three movements are entitled ‘Men: A Rhapsodic Proclamation’, ‘Lilacs’ and ‘Marching Mountains’. The first, with its bold brass pronouncements and powerful declamations is statuesque in character, but Botstein made it sound somewhat laborious. ‘Lilacs’, for strings alone, was described by Dorothy Canfield as “wistful, frail, tenuously complicated, tell[ing] of the ebbing away of humanity from the scenes of its old conquests.” Botstein infused the phrases with an enchanting translucent hue. ‘Marching Mountains’ begins with a rhapsodic introduction from which proceeds a majestic but ponderous march, whose robust energy is briefly held in suspense, then unleashed into a rising acceleration.

Most impressive was the performance of the original version (1922) of Edgard Varèse’s Amériques. This was Varèse’s first work after he came to America at the end of 1915. It symbolizes the sense of discovery and adventure that the composer hoped to find in the ‘new world’. Premiered in 1926 by the Philadelphia Orchestra under Leopold Stokowski, and performed less than a week later in New York, it was greeted on both occasions with radically divergent audience responses. The traditional symphony orchestra is substantially enhanced, not only by enlarged multiples of string, brass and woodwinds, but also by a bevy of percussion instruments, and embracing steamboat whistle and a siren. Bursting colors, cascading sonorities, explosive dynamics, swirling rhythms and thrusting motions, constantly changing in shape, direction and speed, are interspersed with moments of tenderness, fantasy and reverie. Echoes of Varèse’s childhood in Burgundy, a Romanesque church, the Mediterranean, New York Harbor and Manhattan streets resound in chaotic profusion. This 25-minute exploration of sonic possibilities continuously opens new musical vistas that overwhelm listeners with fascinating sounds. Outbursts at ear-splitting volume threatened to collapse into chaos, but instead devolved into eerie, otherworldly passages. Botstein and the ASO clearly worked very hard and long to achieve this excellent performance.