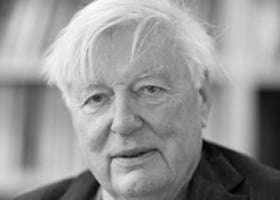 The Park Lane Group promoted a generous evening of music to celebrate (and anticipate) the 80th-birthday of Hugh Wood (born 27 June 1932 in Lancashire) and gathered together some very talented musicians to help the evening along. In the presence of the composer – and fellow-composers such as Brian Elias, David Matthews and Anthony Payne – several substantial pieces by Wood were played alongside works by Haydn and Schubert that he had chosen. Wood also essayed the programme notes.

Haydn opened the recital, given with grace, favour and brilliance, a stylish account regrettably shorn of repeats, the pearl of the work being the slow movement. The first of Hugh Wood’s Three Piano Pieces (1963) is sinewy and tightly organised as it reaches a powerful climax. The second Piece enjoys energy and craggy propulsion, the set concluding with a slow, spare and mesto movement. Alexander Soares gave an impressive performance, from memory, technically easeful and helpfully clarifying the music’s argument. 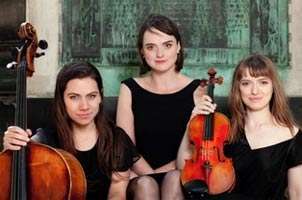 The Lawson musicians returned for Wood’s Opus 24 (1984), its opening idea arriving with the composer when near the bus station at Bergamo. The expansive first movement is alternately terse and lyrical and sure of itself, fragmenting to its conclusion to signal a troubled Adagio relieved by a frisky and surreptitious finale that increases in volume and intent.

It was at this point that the gig in the next-door Queen Elizabeth Hall started to seep through the intervening walls, asking questions as to the loudness there and the worth of the sound-proofing between the two venues. Bass thumps and aural fog from afar were unfortunately evident during Wild Cyclamen (2006), the most-recent of Wood’s scores played here, a song-cycle forged from twelve individual poems by Robert Graves to depict “the rise and fall of a love affair”. If lacking variety across the whole, but not direct expression, owing more to Tippett than to Britten, this is an engaging cycle that Andrew Kennedy rendered with ardour and dramatic declamation, spinning a rapturous line. Simon Lepper was an entirely sympathetic accompanist. A nearly ninety-minute first half had now reached the interval.

After which the first movement of Wood’s Horn Trio (1989) proved arresting in its drive and contrasts, from ostinato to poetic stillness. All seemed perfectly worked out so as to not need a second section, save that would deny us the fugato thrill of what follows. The demanding writing found its equals here, but even such a master horn-player as Roger Montgomery was stretched at times.

Schubert’s quartet-movement (part of an unfinished bigger work) introduced the Benyounes Quartet. This was a rather staid account – greater fire and fantasy lurks within the music’s pages – and was sabotaged a couple of minutes in with the parsimonious omission of the exposition repeat, sorely missed. The Benyounes members were certainly on top of Hugh Wood’s String Quartet No.3 though. This 1978 piece (dedicated to Alexander Goehr, also present) is ostensibly in one movement, the composer hoping that its 24 sections are not apparent. Some seem to be, however, through a combination of silent bars and mood changes. Even without background knowledge, the work seems to present a narrative; and, in fact, is charged with literary connections: the published score is inscribed with lines from John Donne and George Herbert, and musically Wood quotes from his setting of Laurie Lee’s poem, The April Rise. From the opening potent ghostly shavings of sound to the resolute strived-for conclusion, the ideas and gestures (some recurring) add up to a compelling whole, assuredly performed here.

It was now 10.30, but we were not done. With all the performers returned, John Woolf, Chairman of PLG, wheeled on a cake. There may well have been eighty candles on it, all blown out by Hugh Wood who made an appreciative speech of thanks to those involved in presenting this rewarding concert.