Schubert
Sonata in A minor for arpeggione and piano, D821
Fauré
Sonata No.2 in G minor for Cello and Piano, Op.117
Janáček
Pohádka
Franck
Sonata in A [transcribed for cello and piano] 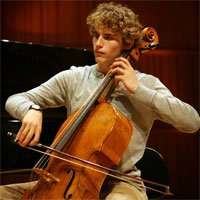 The Danish cellist Andreas Brantelid, just turning 21 and here making his Wigmore hall debut needs no critical advocacy. The winner of the European Young Musician competition in 2006, and already signed up for several ‘rising star’ programmes, among them BBC Radio 3’s New Generation scheme, he is sure to have plenty of exposure on Europe’s concert platforms. 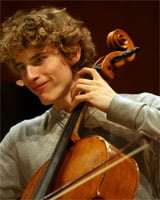 This ecital included an outstanding performance of the Schubert, one that made its episodic construction both within and between movements seem both logically inevitable and emotionally rich. The best thing about Brantelid’s playing is his intonation, which matches any string-player in the world in its effortless precision. Next is his unforced beauty of tone: always in perfect taste. When it is so easy to over-sentimentalise Schubert, Brantelid’s performance was striking in its expertly judged restraint.

The Fauré was likewise a great success, its allusive, almost timid expressivity ideally suited to Brantelid’s virtues. Late Fauré is an acquired taste, a retreat (because of the composer’s deafness?) into its own world in something of the way that we hear in late Beethoven. Brantelid’s clarity of sound and thought made light of the piece’s intellectual difficulties, while allowing a singing plangency in the funeral-march-like slow movement, thought to be Fauré’s gesture to the centenary of Napoleon’s death. In both pieces Bengt Forsberg was unobtrusive, unassuming, but his great skill amply demonstrated a tremendously satisfying unity of ensemble and thought-world.

Janáček’s Fairy Tales received an expertly balanced account, but sowed the first seeds of doubt in the listener’s mind. Brantelid’s playing was uncommonly beautiful, but it was not sublime. Eventually, the sensitivity and impeccable nature of his interpretation came to seem one-dimensional. And of all pieces, one cannot play the Franck (his Violin Sonata) with the allusiveness and diffidence that so suits Fauré. 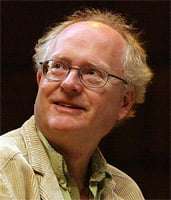 Bengt Forsberg’s picture did not appear on the programme cover, but his towering reputation as an accompanist (most famously of course for Anne Sofie von Otter) was of little help to him in the Franck, which demanded a far more virtuosic attack – and technique – than he seems to have. Forsberg had insufficient weight of tone, and he seemed temperamentally ill-suited to the exposure of the piano part. But while Brantelid hardly had the best of support, there was little evidence that his own interpretation penetrated to the emotional core of the piece. This was not heroic, not even especially structured playing; its emotional temperature was identical to that of the Schubert and Fauré.

Brantelid has plenty of time for his playing to deepen and mature. One cannot help thinking that the most famous cellists have also had giant musical personalities, and extroversion of approach – Casals, Rostropovich, Jacqueline Du Pré.