Barber
Three Songs, Op.10 [Rain Has Fallen; Sleep Now; I Hear An Army]
Bridge
Goldenhair
Barber
Solitary Hotel, Op.41/4; Now Have I Fed And Eaten Up The Rose, Op.45/1
Moeran
Seven Poems of James Joyce
Britten
Mother Comfort; Night Covers Up The Rigid Land; To Lie Flat On The Back; What’s In Your Mind?; The Sun Shines Down; As It Is, Plenty; When You’re Feeling Like Expressing Your Affection; Underneath The Abject Willow 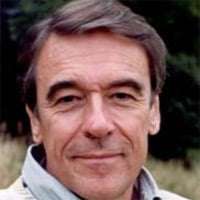 With a well-planned BBC Radio 3 Lunchtime recital based around the poetry of James Joyce and W.H. Auden, the husband-and-wife team of Ann Murray and Philip Langridge crossed both the Irish Sea and the Atlantic in the course of a captivating hour’s music.

Throughout, Malcolm Martineau provided accompaniment of exquisite detail and character, whether in the softly punctuating chords of Samuel Barber’s ‘Sleep Now’, or the tricky nuances of Moeran’s piano part for ‘The Merry Green Wood’ and ‘Bright Cap’ from his Joyce settings.

The inclusion of these seven poems offered a rare and especially welcome chance to hear this tuneful composer’s vocal music. Murray sang with an appropriately shrill tone in ‘Bright Cap’, and lingered affectionately around the Celtic melody of ‘The Pleasant Valley’. She also showed a willingness to apply light doses of portamento, evident in the lower reaches of ‘Donnycarney’, while a graceful ‘Rain Has Fallen’ and ‘Strings In The Earth And Air’ shared a light melancholy. 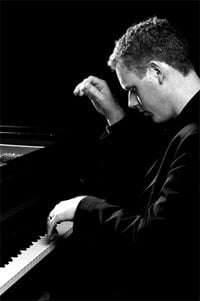 Moeran’s setting of ‘Rain Has Fallen’ contrasted with a more robust approach from Barber, though a glimpse of radiant light could be seen as Murray and Martineau discovered the unexpected F major tonality with which the song ends. The onward drive of Barber’s third Joyce song, ‘I Hear An Army’, found itself checked in the final two lines where Murray found palpable anguish in the line, “My love, why have you left me alone?”

Bridge’s student Benjamin Britten completed the programme with eight songs, seven of them setting poetry by Auden that deal with relationships and unrequited love – in this case suggested to be the poet and Britten himself.

Langridge found a suitable anguish in ‘Night Covers Up The Rigid Land’, with ominous tolling notes from Martineau. Rather more light-hearted was the suggestive ‘To Lie Flat On The Back’, or the sarcastic wit of ‘The Sun Shines Down’, where Auden has a less than discreet pop at British society. Who knows what he would make of it now, seventy years on?!

‘As It Is, Plenty’ had an infectious swing to it, which Langridge caught effortlessly, before Murray returned for a playful version of ‘When You’re Feeling Like Expressing Your Affection’, if rather backward in the sound-picture to start with.

The singers united for the outer two songs, ‘Mother Comfort’ and the close harmonies of ‘Underneath The Abject Willow’. Two humorous encores followed, both Britten folksong-arrangements for duet – ‘The Deaf Woman’s Courtship’, which had Langridge deliberately and amusingly hangdog, and ‘Soldier, Won’t You Marry Me’, where this time Murray was nicely exaggerated in her responses.