Saint-Saëns apparently told Ethel Smyth that “it is bad when they don’t perform your operas, but when they do it’s far worse.” If Smyth has not exactly had the benefit of the last laugh she would, at any rate, have seen that all but one of Saint-Saëns’s stage-works have failed to maintain any foothold in the repertoire.

Arcadian Opera make a convincing demonstration that Smyth’s third opera, The Wreckers (1906), is worthy of occasional revival at the least, and not simply for the sake of invidious comparison with any rival composer (though it also holds up well against Britten’s Peter Grimes, with some similar subjects). Even if the score only periodically attains a distinctive compositional voice, it is richly orchestrated and not infrequently memorable.

The Prelude to Act Two can stand as a short tone poem by itself, evoking the landscape of the windswept Cornish coast (over a decade before Bax got there with Tintagel). But as with all such bleeding chunks, that Prelude takes on so much more powerful impetus and purpose within its wider context as its themes – indeed they could be called leitmotifs – continue to be developed during the course of the Act. It consists largely of a duet between the doomed lovers Mark and Thirza which rises to considerable rapture though the blending of a particularly ecstatic motif that might put one in mind of the duet for Tristan and Isolde in the equivalent Act of Wagner’s Cornish-based opera; or of the lyrical passion to which Siegmund and Sieglinde give voice in the opening part of Die Walküre, particularly with the erotically charged and suggestive action of lighting a beacon on the seashore, which bears a narrative parallel with Siegmund’s pulling the sword from the tree at that Act’s climactic moment. In essence, though, Smyth’s style is more diverse than that of a mere imitation of Wagner (which was never her conscious purpose in any case) and owes more, in terms of German Romanticism, to Brahms, and early Richard Strauss to some extent. But there are more subtle shades of French Impression (with understandable echoes of Delius therefore) and also the modal turns of phrase and harmony of English folksong. 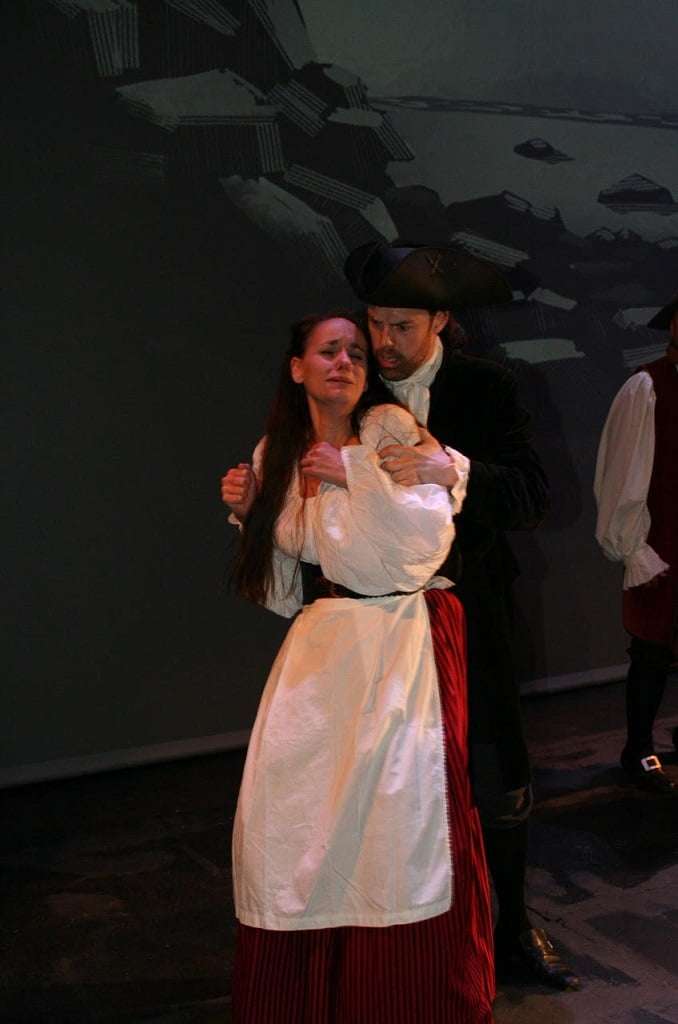 Justin Lavender – who sang in the 1994 Proms performance of The Wreckers – and the Arcadian Opera Orchestra took all these elements in their stride with a powerfully-driven account, firmly underpinned by the brass in realising its robust harmonic patterns, and generally secure and committed contributions from the strings which by no means suffered through comparatively limited numbers. In quieter passages the woodwinds offered some atmospheric interludes, adding to the full complement of sonorities on display, a kaleidoscope of textures over the course of around two-and-half-hours.

Given the regrettable lack of surtitles, attention was more keenly focussed on the singers’ ability to communicate the words than usual, which was particularly necessary in a work presumably so little-known to most of the audience. No singer achieved that adequately, though April Fredrick and Ian Beadle came the closest with the clearest diction. The hefty interpretation led by Lavender required the singers to declaim over the orchestra, perhaps in a deliberate attempt to try to project the words more clearly, but in fact they often became lost in the welter of sound produced.

Like Siegmund and Sieglinde, Mark and Thirza (the latter also already married, in this case to the village pastor, Pascoe) turn away from their violent, hypocritical society that survives on the spoils of the wreckage from ships which run aground on the treacherous, rocky shore where their village is located. The ardour of Brian Smith-Walters and Jennifer Parker’s singing well-matched their dramatic situation even if the choreography of their duet was static. Avis (in futile love with Mark) and the lighthouse keeper, Lawrence (who has observed somebody treacherously lighting beacons to ward off ships from approaching the coast, and thereby avoid sinking) contrive to denounce the wrong-doers and so the stern, direct account of those parts by Fredrick and Beadle respectively offered apt contrast.Compared with that, Steven East’s Pascoe seemed only half-hearted in his initial twisted denunciation of the community for their drinking on the Sabbath which is surely causing God’s disfavour in not sending any ships on their fatal way to sustain the village. The smaller parts were performed effectively, Elouise Waterhouse providing light relief as Jack, the son of Tallan, the tavern landlord. In their boisterous enthusiasm, the Chorus was musically vigorous though lacking precision in diction, but undoubtedly aided the cause of the overall sweep and fury of the music.

Ali Marshall’s production kept the choreographic realisation of the work simple, to the point that, in the scenes without the Chorus, the eventful music required more visual incident in counterpoint to it, particularly during the love duet. The chorus of villagers was deftly handled, however, and the black-and-white computer-generated drawings serving as scenic backdrops for each Act, with shifting skies or sea, set an efficient and unfussy atmosphere.

As 2018 marks the centenary of the passage of the Representation of the People Act which granted some women the vote for the first time in the United Kingdom, and with a new wave of feminist activism, some attention in the musical world has inevitably been cast upon Ethel Smyth as a prominent figure within the campaigns that secured this legislative reform. That is as good a reason as any to revive interest in her work, of which The Wreckers stands as perhaps the masterpiece. But on the evidence of this performance, her output deserves more general and sustained credit than being only and artificially promoted as an example of the work of a woman composer. Arcadian Opera has done a valuable service in bringing to light this work for a new generation that can look beyond such labels.