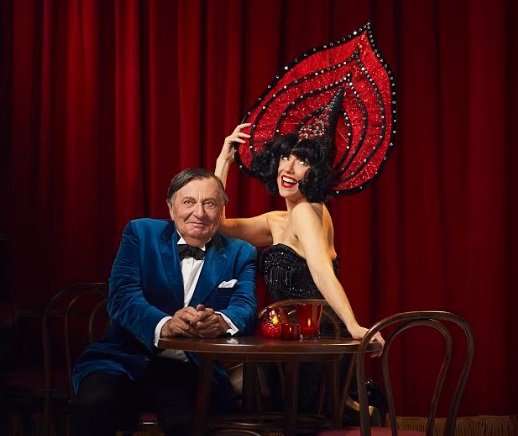 Having temporarily retired his alter egos, Dame Edna Everage, Sir Les Patterson, Sandy Stone, et al, Barry Humphries has turned to the music of the Weimar Republic in order to revive interest in this long-forgotten period that was so rich in what it produced between the end of World War One and the rise of Hitler in 1933. Composers such as Kurt Weill, Hanns Eisler, Mischa Spoliansky, Paul Hindemith and Friedrich Hollaender will be familiar to some, mainly because they fled Nazi Germany to work in the US or the UK, making their homes and their careers in either Hollywood or the popular music industry. Others, tragically, were condemned to life in a concentration camp and certain death.

However, those who stayed in Germany were denounced by the Hitler regime for their degenerate music which was basically jazz with an edge of satire to it, acceptable in the cabarets and nightspots of Britain, the USA, France and elsewhere but not in the Germany of Der Fűhrer. Other artists in the fields of literature, art, theatre and film also fled from Germany, including Billy Wilder who moved to Hollywood and had a long and successful career in the film industry. It makes you wonder what the world would have been like, had Hitler not come to power in Germany, and what further great art could have been produced had there not been a Second World War.

For Barry Humphries, born in the mid-1930s and living in Australia, the music of the Weimar Republic became an abiding interest. In the late-1940s in Melbourne he discovered a stash of sheet music published by the Universal Edition in Vienna during the 1920s. He knew none of the composers’ names but, intrigued by this treasure trove, he bought scores by Ernst Krenek, Erich Wolfgang Korngold, Kurt Weill, Franz Schreker, and others. The collection had Richard Edmund Beyer stamped on every piece, the owner having taken all the music with him when he fled Germany for Australia.

Visiting Vienna in the 1960s Humphries searched for recordings of the works but, thanks to Hitler, they remained unheard of and their music just stayed unheard. In the past few years Humphries has tried to turn that around. He has already had a concert of Weimar music at Cadogan Hall and has broadcast several programmes on BBC Radio 2. The results are quite astonishing, so much good music which deserves recognition, and appreciated for its excellence and also for the sheer fun it gave to audiences between the two World Wars.

The word ‘cabaret’ has perhaps lately lost its true meaning and become associated solely with the title of the Kander & Ebb musical based on John Van Druten’s play I Am a Camera which in turn was taken from the Goodbye to Berlin stories of Christopher Isherwood. The stage musical was cleaned up, although Bob Fosse’s film version is perhaps truer to the original time in Berlin. The word ‘cabaret’ conjures up a night-time revue in a darkened room performed by men and women of indeterminate sexual proclivities with a sleaze factor of ten out of ten. Berlin in the 1920s and 1930s lived up to this description and the composers and lyricists provided suitably outrageous material. Humphries has assembled some of the best of this exciting material.

The Aurora Orchestra provides a jaunty accompaniment to the Weimar songs, creating an atmosphere of naughtiness. The instruments involved include, apart from strings and woodwinds, an accordion, guitar, banjo and saxophone. Satu Vänskä is an outstanding player on violin and the Stroh violin, an instrument modified by a metal resonator and a horn. She is also a terrifically gifted vocalist. 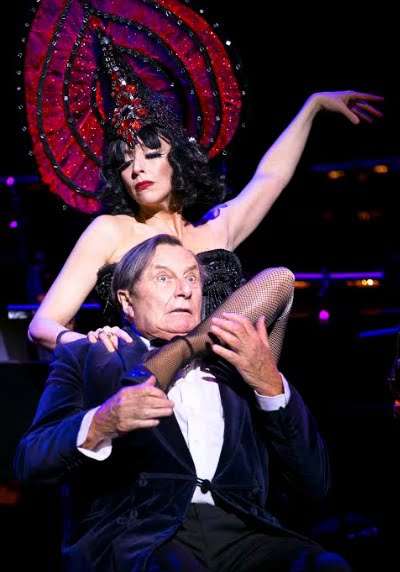 The programme begins with probably the most famous tune by the least-forgotten of these composers, ‘Mack the Knife’ from Weill’s The Threepenny Opera, which completely sums up memories of the Weimar Republic, while the first movement of Hindemith’s Kammermusik No.1 is redolent of the Nazi period in Germany as it evokes the troubles of those appalling times.

In chanteuse Meow Meow the material has found a natural interpreter, a wild child with an immense range, a singer and a great mover too. She performs ‘Pirate Jenny’ (Threepenny Opera) and ‘Surabaya-Johnny’ (Happy End) with terrific panache, and teams-up with Humphries for Paul Abraham’s ‘Mausi’, which leaves nothing, or not much, to the imagination, when describing what a couple get up to on their honeymoon. A little touch of sadomasochism arises as Meow Meow sings Spoliansky’s ‘Ach, er hasst, dass ich ihn liebe’ (Oh, he hates it that I love him) – because he really loves it when she hates him!

Apart from singing and a little dancing Humphries also tells the story of the forgotten musicians who created their own world between the wars. He covers Ernst Krenek and Jonny Spielt Auf, an opera which had nearly fifty productions in its first year; Erwin Schulhoff whose Suite for Chamber Orchestra includes nonsense Dadaist words and sound effects; Ernst Toch whose Geographical Fugue is a recital of place names, which John Cage and Henry Cowell were so taken by, they prepared a version in English; and Spoliansky, among others, whose ‘When the Special Girlfriend’ is quite outrageous in positing that a man is just a man but a girlfriend is something really special. Meow Meow and Vänskä really go to town on this one.

Barry Humphries’ Weimar Cabaret is a very entertaining and enlightening piece of theatre. Our host displays his knowledge and erudition in a modest way that makes you want to go and seek out more of this music that caught the spirit of the troubled times during the Weimar Republic. It offers not only much jollity but also some food for thought.