Hugh Wood
Violin Concerto No.2 [London premiere]
Tippett
A Child of Our Time 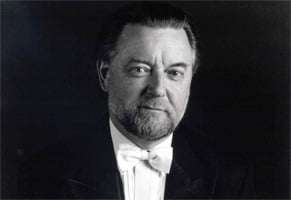 It’s taken ten years from inception for Hugh Wood’s Second Violin Concerto to reach London. Written over a two-year period, then left aside, and then heavily revised, the first performance was given in Milton Keynes in 2009 with Alexandra Wood (not related to the composer) as soloist. Anthony Marwood gave a thoroughly convincing account of a likeable and elegantly crafted three-movement, 25-minute work that initially finds the orchestra interjectory and gawky and the violin soloist intensely lyrical. Such contrasts abound, the violinist soaring and rhapsodising, the orchestra spiky, the violin then confiding (not least in cadenzas), the orchestra keen to abruptly halt the first movement. The music leans to Berg, not least his own violin concerto and the opera Lulu. Maybe the slow movement is too similar in expression and differentiation of mood, yet the finale displays humour and a light touch, very appealing, Wood (in his 80th-birthday year) not afraid to show himself as an English composer. Marwood was perfectly partnered by the BBC Symphony Orchestra and Andrew Davis.

Michael Tippett’s great and moving – deeply personal yet universal – A Child of Time (1941) found Andrew Davis at his most involved, shaping the score with a devotion and nuance that made it his own while bringing performers and listeners totally on board. Tippett’s inspiration was World War Two-inspired, but the subject is time-less: man’s inhumanity to man. For his musical template Tippett took as models the Passions of J. S. Bach and the oratorios of Handel to which – as a stroke of genius – he introduced five Spirituals to devastating effect.

This was a superb performance, beginning in the depths of despair – “The world turns on its dark side.” Tippett’s own words; he wrote the text after T. S. Eliot suggested that he should. Whether lamenting or raging, the BBC Symphony Chorus was in great form, the arrival of “Steal away”, an inevitable chill-down-the-spine moment, and certainly so here. All the Spirituals were integrated as belonging to Tippett’s sophisticated writing, Davis measuring them to the work as a whole, the BBCSO always rhythmically tight (you have to be with this composer). Of the solo singers, the ladies were perhaps a little too operatic (something purer is perhaps needed), John Mark Ainsley (replacing Toby Spence) found Brittenesque references in his intense response, and Matthew Rose brought authority to his recitatives.

Yet for all the tragedy that is unfurled in this work, Tippett’s own humanity and his gift for consolation are not from the surface. The sunnier writing of his earlier, and wonderful, Concerto for Double String Orchestra breaks through in Part 3, and catharsis comes with the final Spiritual (“Deep river; my home is over Jordan”), which here lifted one’s very being out of the seat, and to which Davis had simmered to with an expectant touch and then brought to boiling point.

But the work ends on a question mark – after all, such troubles are omnipresent. This is music for then, now, and the future – yet one came away moved and enlightened and also remembering the final long silence, Andrew Davis meditating for a while following a performance that caught the letter and the spirit of the score and also went beyond both.