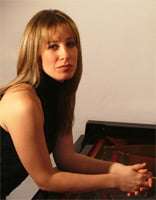 A change to this BBC Symphony Orchestra concert saw Piotr Anderszewski replaced by Argentinean pianist Ingrid Fliter and Szymanowski’s Sinfonia concertante replaced by Chopin’s Second Piano Concerto (1830). Any regret at the alteration was mitigated by the excellence of Fliter’s playing – alive to piano writing that, whatever its antecedents in Field and Hummel, is already personal in its dexterity and poetry. She steered a secure course through a first movement that can easily sprawl, was limpidity itself in the Larghetto and tellingly underlined the humorous elements in the finale. For his part, Jiří Bĕlohlávek was mindful to keep the orchestral writing (not so much inadequate as routine) pliant and transparent – though the various structural markers were keenly emphasised, and the quizzical col legno passage in the finale’s central episode neatly pointed. Fliter is clearly a Chopin exponent to reckon with. 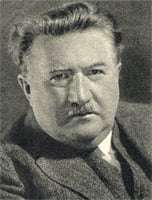 The second half went ahead as planned – fortunately so, as Josef Suk’s Asrael Symphony (1906) is not the repertoire item it deserves to be, although there have been some fine performances in London during the past two decades. Bĕlohlávek gave one such with the National Youth Orchestra of Great Britain in this hall seven years ago – a taut, at times over-driven account that was perhaps determined by the need for the players to ‘stay the course’. At just on the hour, this BBCSO performance was more in line with his fine Chandos recording and had the measure of this impressive work in nearly every respect.

Admittedly it took a little time to settle. The introduction had the right ominous understatement, but the main movement was a little tentative in tutti passages – Suk’s harnessing of a Straussian opulence to a Czech rhythmic flexibility placing a premium on unanimity of ensemble. Its emotional follow-through was vividly delineated, however, and the fateful climax lacked little in physical impact – with its aftermath suitably drained of intensity. The Mahlerian intermezzo had a probing disquiet – Bĕlohlávek distilling a keen atmosphere from its stark pedal notes and fugitive motifs – and if the opening portion of the scherzo lacked a degree of malevolence, its central section had no lack of fervency such that the return of the initial music became the more visceral in its lacerating anger.

Bĕlohlávek was at pains to observe the attacca between these movements, as he did the lengthy pause before those that follow. Although not formally divided into two parts, Asrael does reflect in this way the change of direction between the ‘homage to Dvořák’ of the first three movements and the ‘memorial to Otylka’ (Dvořák’s daughter and Suk’s wife) of the final two. Certainly the fourth movement is an Adagio of powerful though by no means unrelieved intensity, with Suk alluding to the warm romanticism that pervades his earlier music as though to acknowledge that such expression is no longer possible. Bĕlohlávek judged the balance between remembrance and regret to perfection, and was hardly less impressive in the finale – with its explosive timpani gestures and a fugue that threatens to disintegrate before launching into a baleful apotheosis. Yet it was the epilogue-like coda on which Bĕlohlávek rightly placed expressive emphasis: the main motifs serenely transformed so that the work, having eschewed any easy optimism, finds at least a measure of transcendence.

Failings in the first movement notwithstanding, the BBC Symphony Orchestra gave of its best for its Chief Conductor, in a work and a composer for whom he clearly feels a strong affinity. The conclusion of the BBC’s January composer weekends seems to have put paid to any hope of one focussing on Suk, but it would be worthwhile if Bĕlohlávek, and maybe his pupil Jakob Hrusa, who has conducted Suk’s music with the BBCSO at Maida Vale, were to tackle the composer’s main orchestral works over the coming years. This performance of Asrael eloquently demonstrated why.