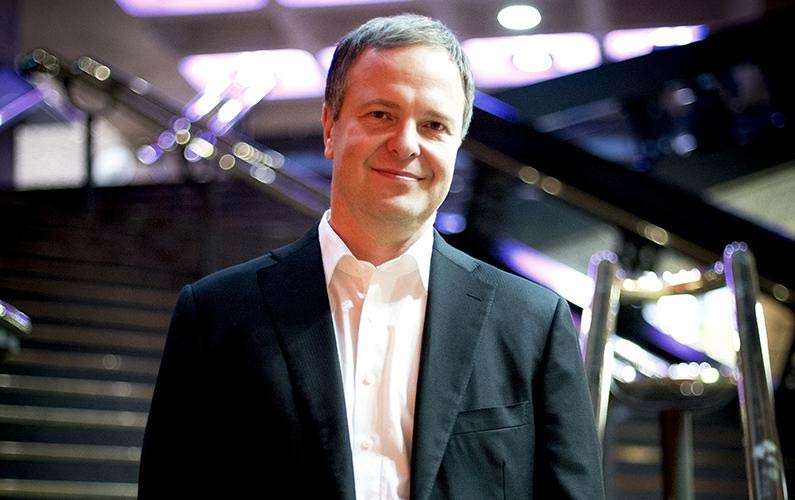 What a good idea to take the BBC Symphony Orchestra apart, its woodwind and string sections naked, as it were, and then returning them together and adding brass, percussion and a pair of harps for Der Rosenkavalier – the only time at this concert that the orchestra was ‘full’. The Suite completed an Austria-related programme: Richard Strauss’s opera is set in Vienna, where Schoenberg was born, and Mozart came to life in Salzburg.

Wolfgang Amadeus’s B-flat Serenade is nominally for thirteen winds, but the manuscript’s requirement for pizzicato at certain points suggests the use of a double bass is preferable (and an early report, from when Mozart was alive, confirms its employ) to the otherwise-used contrabassoon. Rightly, Sakari Oramo opted for the string instrument … and he also had the contra, which worked well, offering tonal variety to this seven-movement work, which embraces a couple of Minuets (both with two Trios), a brace of Adagios, and a Theme and Variations.

Of the outer movements, the first opened imposingly, with richly expressive playing, before giving way to a particularly perky reading of the Molto allegro exposition (repeated), the music then continuing to bubble with high spirits, as did the Finale, happy music, suggesting a troupe of circus acrobats. In between, the first Minuet was majestic, its Trios beguiling, whereas the second was lively, the first Trio rather dark, the second bucolic and smile-inducing. The extensive Theme and Variations sixth movement courted discretion and also affection, and of the slow movements the second was rapturous either side of an impish middle section, and the first was simply sublime.

This was a beautifully blended, full of character, account of K361, meticulously crafted yet also spontaneous. Collegiate, too – with some attractive interaction and solos – a togetherness enhanced by Oramo (baton- and podium-less) and the players arriving and leaving as-one. The fifteen musicians that took part can be very proud of these fifty pleasurable minutes.

As for Schoenberg’s string-orchestra arrangement of his Verklärte Nacht (based on Richard Dehmel’s poem), well it was extraordinary, just about the finest performance of it I have heard in forty years of knowing the piece (I started young!). Veiled and eerie from the outset, and drenched in drama throughout – and with tension-filled pauses – the sheen, depth and unanimity of the playing really impressed, as did the many subtleties of dynamics and timbres, not least those passages when Schoenberg retains the original string sextet textures (1899). This impassioned and spellbinding rendition married drama and contemplation ideally, at once fastidious and tempestuous; and expansive, too – yet every second of these 34 minutes was gripping and musically fabulous.

There’s more, and it’s just as accomplished! Der Rosenkavalier (which premiered in 1911) spawned two orchestral Waltz Sequences and this Suite, the latter probably compiled by conductor Artur Rodziński (in 1945, Strauss still around). All the hits are present, and one doesn’t miss the singers. It’s opulently extravagant music, and also very human, easy to sentimentalise but, as here, made noble and eloquent, Oramo giving the poignant ‘Trio’ all the time in the world, sensitively realised. Waltz rhythms were seductive and by the close were blazing with exuberance, Oramo dancing on the podium and enjoying every morsel of the music and the BBC Symphony Orchestra’s fired-up response. A good idea had become a great and inspiring concert.