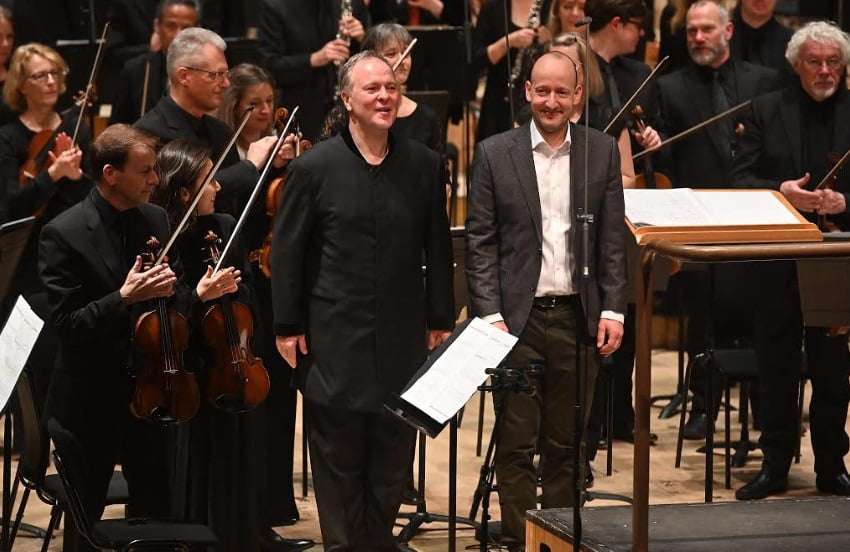 Born in London in 1971, Richard Causton has been reimagining, often subverting, musical perceptions since he made his first big mark with The Persistence of Memory, when he was twenty-four, and he made an even bigger impression with Millennium Scenes, a substantial orchestral work that cast a sharp, basilisk gaze on the start of the current century.

His latest premiere proves just how adept Causton is at taking nothing for granted – here, the passing of time. The title comes from something a relative said, along the lines of “I say now, and already that ‘now’ has become history”. The present is so slippery, how do we know it exists? This BBC commission is for large orchestra, including accordion, prepared piano and a set of microtonal tubular bells created by Causton and his father. In a brief introduction, Causton alluded to childhood and old age, the one sliding imperceptibly into the other, represented by the piece’s two layers, whirlwinds of notes and high timbres set against a slow, dark stasis. It was a bit like glimpsing a dimly perceived seabed through flashes of light and ceaseless movement from shoals of fish, the one neutral and empty, the other a teeming, arbitrary life-force. At the same moment we are dazzled by immediacy while contemplating the mystery of absence, decay and memory.

Causton’s means are simple – groups of high instruments buzzing with activity achieving mini-victories of identity, while the lower strings and brass pursue their own imperturbable and unrelated agenda. Despite my sudden coughing fit and a speedy exit from the auditorium about halfway through this twenty-minute work, it (the rest of which I heard on the Barbican Hall’s monitor) still cast its hypnotic spell. There are many moments of extreme beauty, such as the long decays of string sound setting up huge, unknowable perspectives, and while there is no climactic point, you do get a hint of mutual dependence between the two components. At least, that seemed the case to me, and the great success of Ik zeg: Nu is that it supports any number of philosophic musings on the nature of time, something music is particularly good at. Sakari Oramo and the BBCSO were completely inside Causton’s intensely atmospheric and shape-shifting score, and it was played with consummate, unforced skill. And while the subject sounds pessimistic, it was strangely life-affirming. 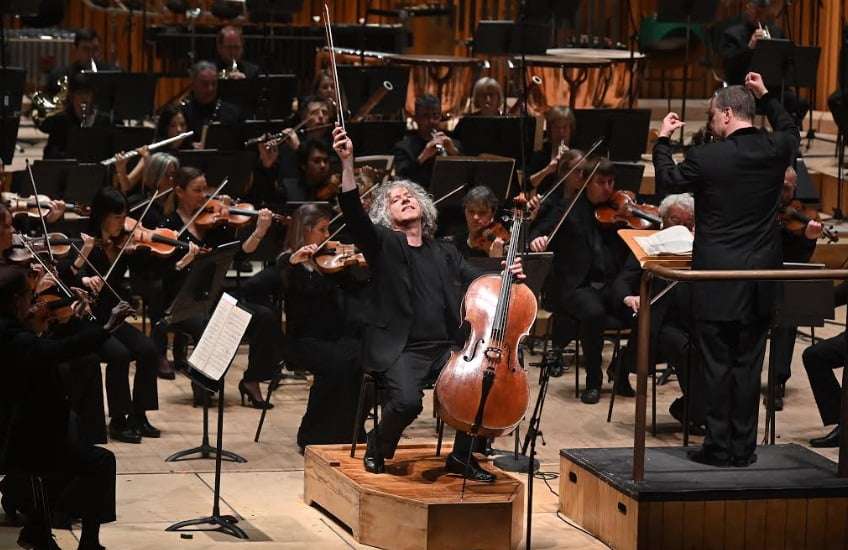 Schumann is one of Steven Isserlis’s great heroes, and the Cello Concerto has been a core work for decades. Schumann’s fragility and courage clearly speak volumes to Isserlis, and the main and very moving aspect of this performance was how the intimacy and quietness of his playing (on a gut-string cello) gathered the orchestra ever closer to him. The Concerto was first called Concert Piece with Orchestral Accompaniment, and Oramo was scrupulous in matters of balance and the sort of tact that defers to rather than showcases the soloist. The empathy and affection Isserlis has for this once-dismissed late work (Schumann’s last big orchestral score) poured out of every lyrical phrase, and despite Isserlis’s liberated gestures, there was no solo grandstanding, and the same went for his encore, a Catalonian folksong The Song of the Birds, associated with Pablo Casals and here arranged by Sally Beamish.

Oramo and the BBCSO established a thoroughly German romantic idiom, with some exceptional horn-playing, writ larger in their lovely performance of Brahms’s Third Symphony. Oramo understands how Brahms both gives and withdraws in a work that moves with ease from a vulnerable monumentalism to introspection. I was unexpectedly floored by the hint of bitterness that crept into the sound in the third movement’s reprise of its opening, and the Finale’s coda embraced a vision of memories and loss that connected with Causton’s piece.