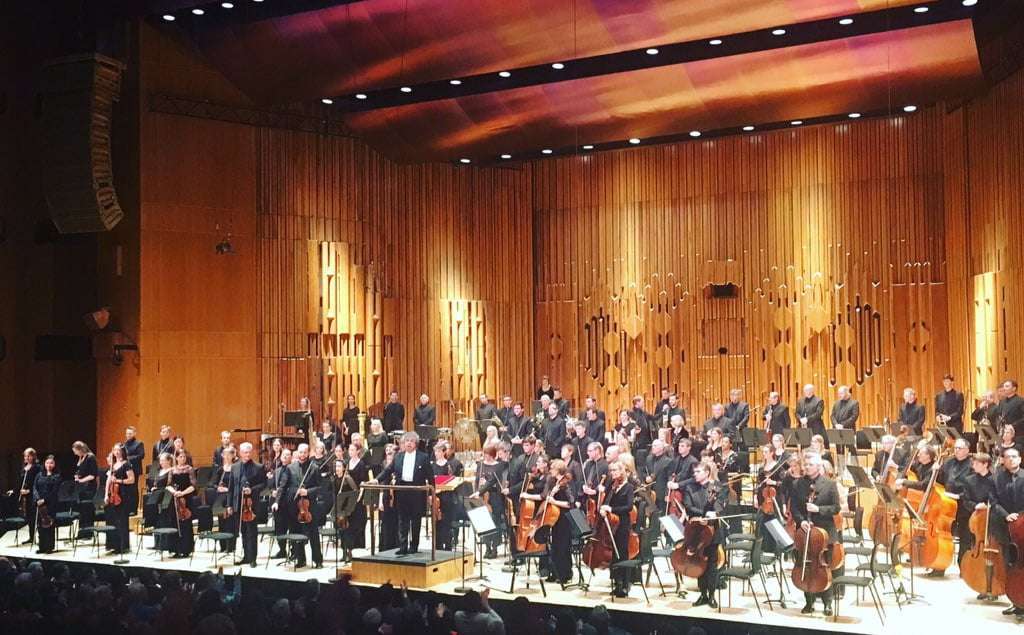 This Shostakovich concert veered between the very slight and the immensely portentous. These three works were all written in 1957. Stalin had died in 1953; there was the possibility of a less-malign Soviet authoritarianism hanging in the air; and this was blown away by the brutal suppression of Hungary in 1956.

You could look in vain, though, for coded messages in the Second Piano Concerto, which the composer wrote for his son Maxim. There are pages of Saint-Saëns-style brilliance, an irrepressible and spiky wit, a slow movement of dreamy tenderness, and a marvellous send-up of those finger-bending Hanon keyboard exercises the young Maxim may well have inflicted on his parents. Alexei Volodin was completely in the spirit of the Concerto’s sparkling invention, which showed the effortless precision and elegance of his fingerwork brilliantly. Semyon Bychkov and the BBCSO partnered him with equal finesse, yielding a well-judged touch of Chekhovian languor in the Andante.

The Variations on a Theme by Glinka were like a scheduled encore. Seven other Soviet composers also contributed Variations on the minimalist scrap from Glinka’s A Life for the Tsar, a scrap that Volodin endowed with an ironic sense of importance. The third Variation is like a picture Mussorgsky might have hung in his exhibition, and Volodin, with characteristic astuteness, neatly exaggerated its preposterous grandeur. He is a marvellous artist, who peels away layers of meaning and expression in everything he plays, hooked to a fabulously discreet virtuosity.

Symphony 11 is in the Russian tradition of realising an epic slice of national history intended to speak to an equally epic Russian present. The first two movements graphically represent the Tsar’s savage solution to the people’s uprising of 1905, and the last two, rather like a big Passion setting, provide sympathetic commentary and expansion. Bychkov’s approach rather blurred the distinction, mainly down to his restless flow and momentum. He took just under an hour (Rostropovich, for instance, takes almost an hour and a quarter, and the result, particularly in the opening movements, is monumental) and he animated its drama into long stretches of cinematic verismo.

The BBCSO played superbly and idiomatically – the strings’ opening was like non-reflective grey ice, Antoine Bedewi’s implacable timpani role was all you needed to give Shostakovich’s sprawling canvas a sense of cohesion, and the plangent song-based solos – including trumpet, cor anglais and bassoon – became central to the revolutionary action with graphic directness. The violas’ withdrawal into the third movement ushered in the composer’s subversive ambiguity and pain, expertly steered by Bychkov, who made way for the Symphony’s annihilating climaxes in the Finale. There was just enough of a decay to the bells’ last word to suggest one of Shostakovich’s quizzical and destabilising question marks before applause rushed in.