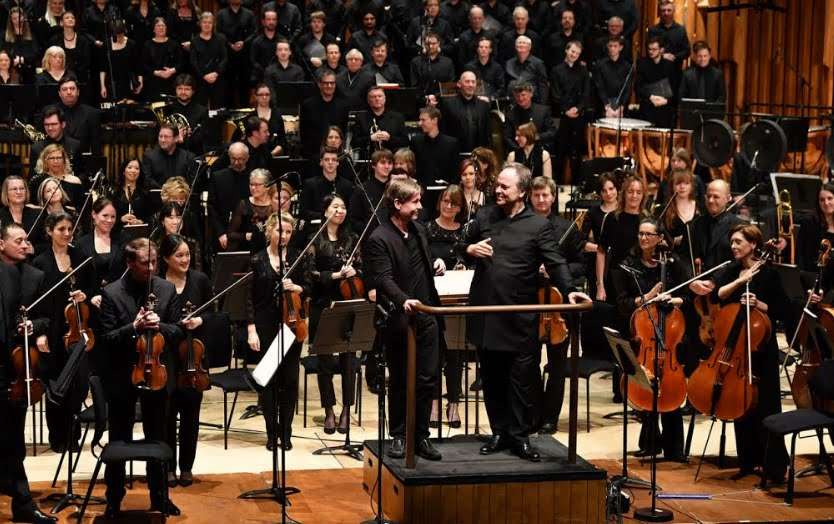 I joined this Esa-Pekka Salonen Total Immersion day, following a film and a concert by Guildhall Musicians, in the Barbican Centre’s Fountain Room. Salonen was talking, with minimal prompting from BBC Radio 3’s Andrew McGregor, about the difficulties of being a composer – modern-day problems of copyright, the lamentable financial gain, and many other obstacles that might deter anyone with any sense from putting sound on paper. It’s amazing that people bother, but still they do. As in his music and his conducting, Salonen comes across as witty and self-deprecating with a freewheeling imagination and intelligence – and with hints of an intense and steely privacy, which you’d need to cope with the full-on demands of being a conductor and the solitude of composing,

Except for Karawane, the works in the BBCSO concert were from Salonen’s years with the Los Angeles Philharmonic (1992-2009), and if you were expecting West Coast bravura, glamour and ear-catching gesture, they certainly jump out at you in Gambit (1998), a brilliantly orchestrated overture that rotates a couple of elemental musical ideas against a riot of scoring highlights. 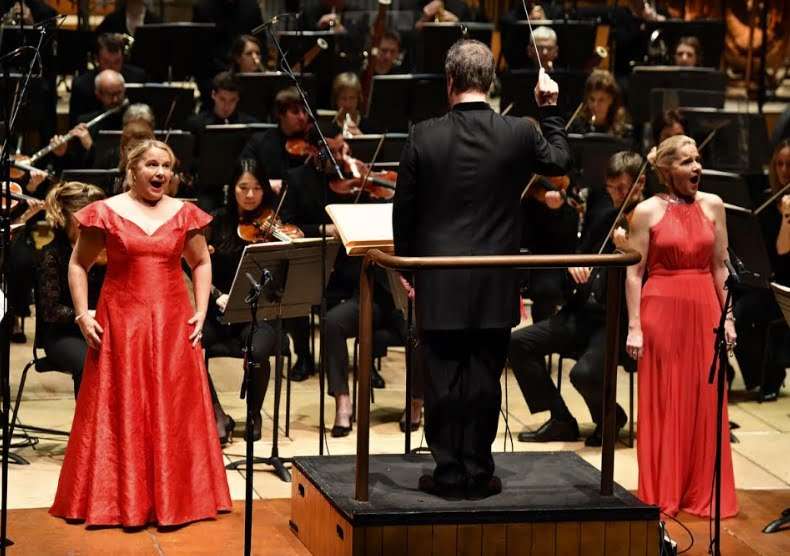 On a much larger scale, his half-hour Wing on Wing (2004) expands this approach. He wrote it for the opening of Frank Gehry’s Walt Disney Concert Hall in LA, a wildly virtuosic piece of statement architecture matched by the Californian confidence of Salonen’s music. The huge orchestra comes with two coloratura sopranos (sisters Anu and Piia Komsi; Anu is married to Sakari Oramo), the electronically sampled voice of Gehry, more drawl than words, and the ‘song’ of the plainfin midshipman, a remarkably ugly fish that thrives in that part of the ocean. The title refers to the maximum area of sail on a boat, which in turn refers to a particular view of the Disney Hall. The Komsi sisters (who sang in the world and UK premieres) were in stratospheric voice and had their work cut out legging it to the uppermost parts of the auditorium for vocalise effects (with results similar to Holst’s Planets Suite), and the piece ranges from a monolithic solidity on a par with ‘The Great Gate of Kiev’ to a superbly realised impressionism so vaporous as to re-site La mer in the Pacific. Salonen’s programme note was useful but you got the gist of the piece without it. It is action-packed music, completely justifying the extravagant forces and played and conducted with irresistible can-do bravura.

Mimo II (1992), for oboe and small orchestra is a scored version of Second Meeting for oboe and piano. The title means ‘pantomime’ and there is a Pierrot clown quality to the solo part. Nicholas Daniels’s playing was simply astounding, not just for its wizardry but also for the way he conveyed so directly the music’s and the oboe’s personality. 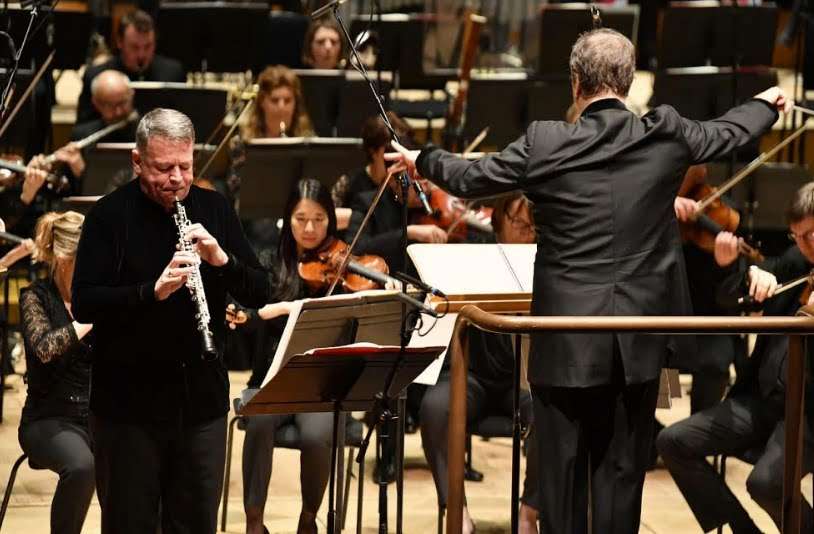 The final piece was Karawane (Caravan, 2014), inspired by a poem by Hugo Ball, founder of the iconoclastic Dada art movement in 1916 in Zurich (where Karawane had its premiere), when Europe was imploding, not for the first or the last time. The only distinguishable ‘word’ in the poem’s nonsense of sounds and syllables is “jolifanto” and the piece is a parade that goes nowhere, where action conceals stasis. The BBC Symphony Chorus provided anything from a crowd’s babble as the procession lumbered past to ecstatic Daphnis et Chloé “ah”s. Very direct in layout and gesture, it is easy to follow the plan, which Salonen likens to one of those Escher illusion illustrations when you’re not sure whether you’re going up or down a staircase. The first part concludes with a lovely cello solo as the music gets darker and darker; on first hearing it sounded too long, and it needed a larger choir, but its quirky originality was not in doubt. For all its West Coast optimism, the music frequently dips into Nordic pensiveness – sustained pedal points that you feel rather than hear, note clusters that slow the pace, fragments of woodwind-playing that give you the drift rather than the substance of melody.

Earlier, in Milton Court, the BBC Singers, their sound expertly moulded by Nicholas Chalmers, included Salonen’s Two Songs from Kalendar Röd, which make vivid play with the sensuality of Ann Jäderlund’s poems, an intensely sung Missa by Salonen’s teacher Rautavaara, and Salonen’s setting of Dante’s Iri da iri (2014) from the Paradise section of the Divine Comedy, about the nature of sight and as visionary as the Revelation of John the Divine, sung with magisterial command of its vocal demands.