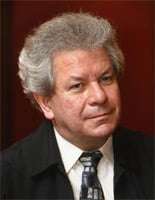 I refuse to believe that no British conductor is good enough, even in the face of fierce international competition, to hold the top position with a BBC orchestra at present.In the case of the BBC Symphony, the Corporation’s premier orchestra, its Chief Conductor is from the Czech Republic, Jiří Bělohlávek, who, because of his ethnicity, certainly and naturally brings repertoire that reflects the music of his homeland. This is not, in itself, a bad thing, although the programmes he conducts in the 2007/8 BBCSO season contain not one note of music by a British composer – indeed, Czech and Bohemian music feature disproportionately.

However, as we heard in this concert, such disproportion can produce something of interest, in this case one that included the UK premiere, no less, of the First Violin Concerto by Josef Bohuslav Foerster (1859-1951), a prolific composer, teacher and writer on music, which is a work dating from 1911.

In the familiar pieces, Bělohlávek was in his element, obtaining lively and very colourful playing from the orchestra – much of the Dvořák was extremely well played and interpreted, very natural and spontaneous – rather more so than the Smetana excerpts, which sounded a tad under-rehearsed. 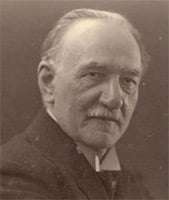 But the main interest centred upon Foerster’s Violin Concerto, a three-movement work (the second and third conjoined) lasting a shade over 25 minutes. It is difficult to form a fully-considered opinion on hearing this 100-year-old score for the first time by a composer one very rarely encounters, for at least ten percent of the music we heard was not by Foerster at all. For reasons which were not explained, the soloist Ivan Ženatý discarded the composer’s first-movement cadenza for one of his own devising, and – although I have no evidence to back me up – I should not be surprised if the new cadenza was somewhat longer than the original, for it went on too long and also stuck out like a sore thumb in terms of style, tending to mar the rather interesting (up to then) nature and structure of the first movement. As the finale also contains a cadenza of slightly shorter length than that with which we were regaled in the first movement, the work seemed rather too readily supplied with such moments.

A hostile critic might claim that such hiatuses in the flow of the piece provided us with interesting musical cul-de-sacs, the attention of the listener at the arrival of these points having begun to wander, but I for one would certainly have preferred to have heard the work, after all this time, as the composer wrote it and not pasted over with ‘improvements’ by someone born a century or more later. Foerster’s melodic invention is not unattractive, and his arguments are relatively easy to follow, although the main theme of the finale did not match, qualitatively, that of the earlier ideas, and the unfortunate tendency for the momentum in that finale to ‘sit down and stop’ was surely a miscalculation on Foerster’s part, whose emotional range in this piece, no matter what else we know of his music, is rather narrow. The Concerto is to be recorded commercially – one assumes by these artists – so it may be that we shall have to wait even longer to study Foerster’s by no means negligible composition as he wrote it, yet I trust the balance between orchestra and soloist on the recording will not permit the orchestra to overpower the soloist, as happened somewhat frequently during this performance.

Those who plan the BBC Symphony’s repertoire, having rescued a second-rate (but genuinely musical) work by a forgotten Bohemian composer, might like to consider programming – with or without the Orchestra’s Chief Conductor at the helm – one or more far better British violin concertos which have been neglected for no defensible artistic reason. The following list came, unprompted, into my mind whilst listening to Ženatý’s cadenza – namely those by Malcolm Williamson, Lennox Berkeley, Benjamin Frankel, York Bowen, Havergal Brian, Samuel Coleridge-Taylor, Morgan Hayes, John McCabe (No.2), Alun Hoddinott (No.2), and played by one or more of half-a-dozen equally good (at least) British violinists – their names being available on request.