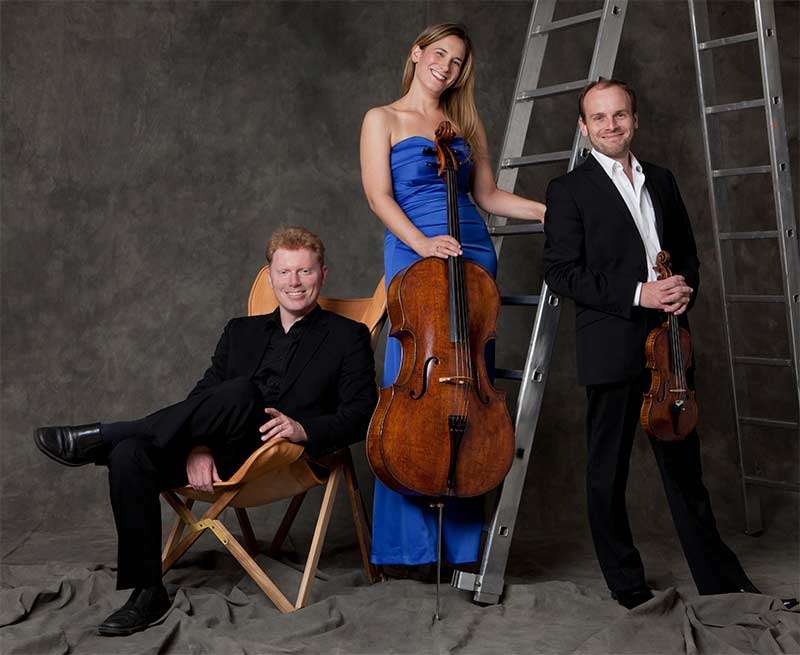 Unlike most other of his generic groupings, Beethoven’s Piano Trios are difficult to assess as a cohesive sequence – comprising as they can do as few as six and as many as eleven such works, not counting those numerous individual movements as are scattered across the greater part of his output. Just what the Leonore Trio intends to include during its four Kings Place recitals remains to be seen, but the inclusion of music by contemporary British composers is an added and welcome enhancement of what, on the basis of this first instalment, should prove a worthwhile series.

This first began where Beethoven doubtless intended – with the E flat Piano Trio from the set of three that was his first published opus. If its lacks the melodic distinctiveness or the emotional range of its respective successors, this First (1793) remains a formidable achievement – building audibly on that of Haydn’s later such pieces, while it also affords a formal weight and motivic density new to the genre. The Leonore members assuredly had the measure of the opening Allegro, the complementary energy and elegance of whose main themes were notably finely integrated, while the ensuing Adagio evinced no lack of poise or inwardness. The Scherzo was well judged in its interplay of energy and (in the central Trio) insouciance, then the Finale intrigued with its harmonic ambiguity before exhilarating with its sheer élan.

While his main achievement in the chamber domain has been his thirteen (to date) String Quartets, David Matthews’s contribution to the piano trio literature is hardly negligible when his three such works have so keen an awareness of what succeeds in this most recalcitrant of ensembles. Dedicated to Hans Keller, the First Piano Trio (1983) offers a distinctive take on the four-movement archetype – not least an opening movement whose searching introduction is relatively expansive next to the tensile Allegro that follows. The Leonore musicians were notably perceptive in the ironic Scherzo, an acknowledged portrait of its dedicatee, whereas the Adagio transcribes a setting of Kathleen Raine in highly affecting terms. After this, the Finale – its threefold melodic line unfolded by violin, piano and cello in turn – closes this piece in a tranquil and wholly disarming manner.

Concluding the first of these recitals with the last and grandest of all Beethoven’s Piano Trios might be felt a little premature – not that this could be held against what was a fine account of the ‘Archduke’ (1811), whose premiere also marked one of the composer’s final appearances as a pianist. The Leonore Trio assuredly had the measure of the work’s long-breathed opening Allegro, not least the effortlessness of its balance between the three instruments, though the Scherzo might have benefitted from a touch more impetus in its alternately teasing and exuberant Trio. It was a not dissimilar story in the latter movements – with the variations of the Andante unfolding as a seamless and eloquent whole, then the Finale robustly delineated through to a coda that yet lacked the last degree of impetus with which to clinch the score’s inherent grandeur.

Even so, this was a fine performance, not least when the playing of the three musicians was so admirably dovetailed into the ensemble as a whole. The Leonore Trio continues its Beethoven (and Matthews) traversal on April 30, in what looks sure to be a highly stimulating series.