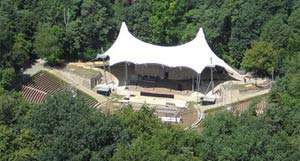 A monumental week came to a most unusual conclusion in Berlin’s Waldbühne with Berliner Philharmoniker, Maurizio Pollini, Claudio Abbado and an array of choirs.

As a consequence of the Philharmonie catching fire (on 20 June), the Orchestra had to find a rescue-venue to save this epic production and the hundreds of people involved. The potential destruction of the Philharmonie (built in 1963 by Hans Scharoun and renowned for its acoustics) which has housed the Philharmoniker since the times of Karajan, arose great fear amongst musicians and concert-goers in Berlin and abroad. Fortunately, the fire caused only slight damage and the Hall will reopen on 2 June.

The Philharmoniker had no possible alternative venue, which was both available and could accommodate such an enormous setting. Therefore, the three originally planned concerts became a one-off and found refuge in the Waldbühne, a 22,000-seat amphitheatre-shaped open-air venue right in the middle of the Berlin forest. The Berlin Philharmonic plays in the Waldbühne every year although nobody expected such an early return to this huge and acoustically-unfriendly space (the audience had to contend with an amplified version of Beethoven and Berlioz).

After a puzzling 15 minutes delay during which the orchestra was waiting, a great surprise came when Sir Simon Rattle appeared and informally recalled the events of the past week, congratulating the firemen involved in extinguishing the fire at the Philharmonie, all of whom were present. 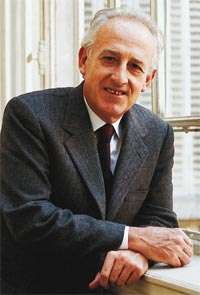 The concert finally took off with Maurizio Pollini and Beethoven, although sadly, the rest of the performance was hardly more thrilling than the rusty beginning. Pollini, who has recorded this piece with this orchestra and conductor over 10 years ago, gave a most disappointing performance, dull in colours, harsh in character and rushed in tempo.Excepting some rare moments of tenderness in the second movement, it seemed that he was disenchanted with his own performance as it got less and less convincing; not only was the pedal used clumsily through far-from-perfectly-played passages, but the right-hand was constantly louder than the left (to produce a very unflattering balance that made the piece sound rather trivial.

Already with the piano’s solo-introduction one could sense the hurried, almost impatient pace of this performance. The entrance of the orchestra brought some optimism and the beautiful sounds of the cellos and double basses, arguably the finest sections of the orchestra. In general, the orchestra accompanied Pollini with its typically warm, soft sound that was most delightful although hardly fitting the cold, brittle and monotonous piano. Only towards the end of the movement did Pollini bring fine clarity in sound and a somehow greater coherence in phrasing, although this was quickly forgotten when the orchestra brought a bombastic end.

Although the second movement started as stylistically surprising, not unlike the end of the first movement, the sound of the orchestra and the sheer volume of the string mass was admirable. In this relatively short movement Pollini’s cold and indifferent performance was at its relative best, with a particularly magical orchestral coda effortlessly blended with the piano. In the finale, the solo replied to the orchestra in an appropriate mezzo-forte, only to be followed by the same apathetic narrative of the first movement. 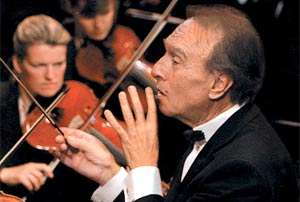 Berlioz’s “Te Deum”, one of his monumental choral works, is set to the Latin text of the Christian hymn of “Te Deum Laudamus”. An early hymn of praise, it is sung both in Catholic and Protestant churches and has attracted numerous composers. Quite typically of Berlioz, his setting calls for gigantic forces. In this performance some of Germany’s best choirs participated and were finely honed by Simon Halsey who had to lead one of the orchestra rehearsals at short notice due to Abbado suffering fatigue.

The first movement started beautifully with dialogue between the organ and the orchestra, laying the ground for the gradual introduction of the choirs, the polyphonic texture, intersecting voices and constantly changing equilibrium lucidly revealed. The second movement opened with fine organ-playing by Iveta Apkalna (on an electronic organ, quite unavoidable in this venue). Although one would occasionally wish some more time could be taken and greater patience maintained, this section was given an overwhelming performance – the orchestra was blended phenomenally with the choir; so stunning was the fusion that one could sometimes not discern between the mellow brass section and the impressively-united voices. Marius Branciu joined in the fifth movement. It is most unfortunate he insisted on stretching and straining his voice as if he was singing an operatic role, since his voice is most beautiful. This effort was sometimes so extreme that his intonation was affected. The movement came to an end with a heavenly coda – the choir singing a sustained ppp – it seemed as if the world has stopped (including the irritating helicopters) to listen to this rare moment when music comes back to its roots, the text close to its original meaning and divine purpose. The finale gave particular attention to the rather sinister oriental-influenced theme and brought out the repetition-motif superbly.

Throughout the entire piece, the structure was clearly marked – dynamics augmented gradually and climaxes reached convincingly. For a work than can have its tedious moments, Abbado directed an outstanding reading of Berlioz’s “Te Deum” and managed to bring breathtaking coherence and ‘sense’ to it.