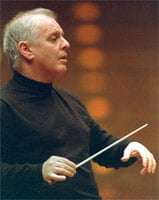 Although he was unsuccessful in his bid as Principal Conductor of Berliner Philharmoniker at the turn of the decade, Daniel Barenboim has since continued his close association with the orchestra – programming a notably wide and varied repertoire of which this concert was typical.

One of the few conductors to have revived Busoni’s opera “Die Brautwahl”, Barenboim is no stranger to this elusive and absorbing composer. Comedy Overture (1897) has an importance belied by its modest dimensions and unassuming demeanour: behind its Mozartean deftness, the beginnings of the ‘young classicality’ that was to dominate Busoni’s mature thinking can fairly be discerned. Barenboim dispatched it exactly for what it is – a curtain-raiser as subtle as it is sparkling, and one that would surely enjoy more frequent performance were overtures still a mainstay of concert programmes. 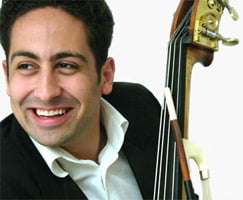 Whether or not Nino Rota was familiar with Busoni’s output, his concert music has more than a streak of neo-classical poise – not least Divertimento concertante. Completed in 1973 (after a five-year gestation), it blithely solves the problem of how to place the double-bass within a concerto context; one that eschews the ‘easy’ virtuosity of Dragonetti or intensive thematicism of Skalkottas, opting instead for a perspective whereby the soloist is first among equals within an orchestra of Classical size (flutes doubling piccolos being the only exception) and one that evinces transparency.

The four movements, too, have a determinedly neo-classical follow-through. After an opening Allegro whose contrasting themes pointedly come together in the climactic cadenza, the ‘Alla marcia’ is a perky processional with a nod to mid-1930s Prokofiev, while the ‘Aria’ has a melodic directness that denotes the composer of many fine scores for Italian films of the post-war era. The finale may risk seeming diffuse in its concern to wrap-up the motivic elements via a slightly forced sonata-rondo, but the verve with which soloist and orchestra expound its material is always engaging – not least when played with the conviction of Nabil Shehata. Co-principal of the Berlin orchestra’s basses, he made light of the work’s testing passagework and savoured its lyricism to the full. For his part, Barenboim clearly enjoyed making the acquaintance of a piece that ranks high within a still-limited concerto repertoire.

After Rota’s Classical poise and restraint came late-Romantic passion with a vengeance in the guise of Schoenberg’s Pelleas und Melisande (1903), the symphonic poem memorably described by Busoni as a number of sharp implements loosely jostling in a sack. This is less a depiction of Maurice Maeterlinck’ssymbolist drama than its embodiment within an intricate score that draws extremes of texture and dynamics from a large orchestra. Attempts have been made over the years to define its formal complexity in more or less symphonic terms, but these tend to be more an explaining away of its formal shortcomings – often compensated in performance by over-stressing the music’s heady fin de siècle aura. An interpretative milestone was Herbert von Karajan’s 1973 recording with this orchestra, its potent mingling of opulence and intensity being no less evident in Barenboim’s reading.

Although this was by no means a leisurely account, it did allow the music room to make its illustrative points – yet these never obscured the work’s ongoing development of its main motifs nor its gradual accumulation of expressive density. Without at all risking analytical indulgence, Barenboim conveyed more of the music’s actual substance than perhaps even Schoenberg had expected to be audible – in the process, creating more of an organic whole out of the piece than perhaps it deserves. The ‘love scene’ lacked nothing in fateful ardour, while those episodes that evoke the very different deaths of the main protagonists were of a piece with the more equivocal expression of the work’s first half.

So skilful a performance would, even so, not have made this impression but for the sheer excellence of the playing: make no mistake, this is music that suits Berliner Philharmoniker (and also the Philharmonie acoustic) ideally. Hopefully there are plans to release this performance (the second of three) commercially: Pelleas und Melisande may have done well in recorded terms, but Barenboim’s reading made sense of the work’s subjective and objective conflicts as have few others before it.