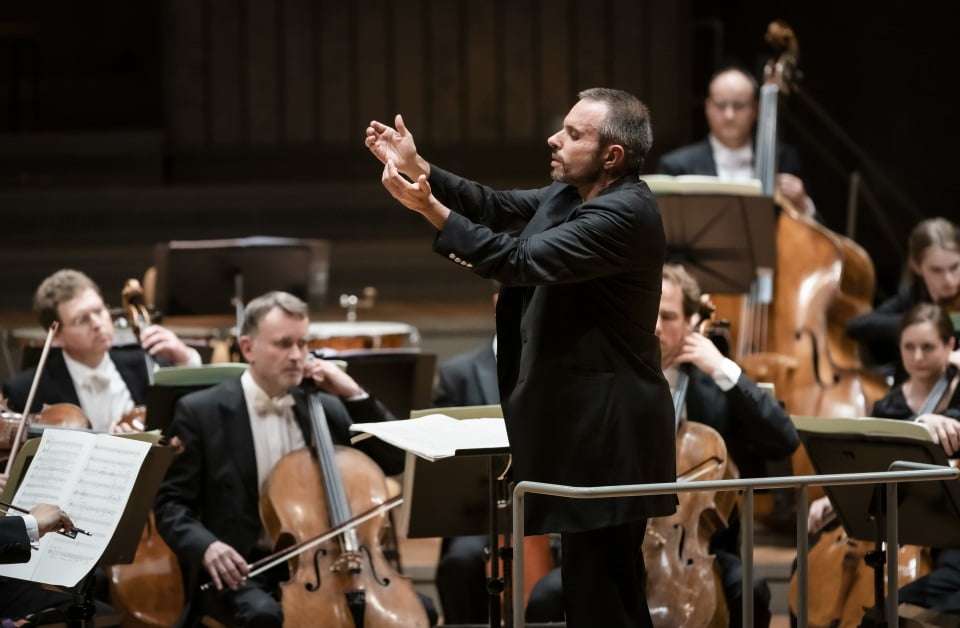 This week Constantinos Carydis (Athens-born in 1974 and the recipient of Bavarian State Opera’s Carlos Kleiber Prize in 2011) makes his debut with the Berliner Philharmoniker. If the repertoire meant that Carydis didn’t meet all the orchestra (this time), and the strings were reduced in personnel throughout (five cellos, three double basses), this third of three concerts, as a webcast, not only made for generally good/interesting listening but also suggested a fruitful association for the future.

Celebratory C-major Mozart to begin and then contrasted with bleak and agitated Shostakovich. K338 is nominally a three-movement Symphony to which some conductors add the C-major Minuet (K409). Carydis isn’t one of them, maybe because it needs two flutes, not otherwise found in the Symphony itself. K338 does though include trumpets and timpani, for festive flourishes in the outer movements, and Carydis (baton-less, hands graphic) made much of this aspect, although the first movement was overly-deliberate in tempo, music and structure laid bare, if at times made intriguingly dark, pompous too though, decorations given full value (sometimes disruptively), whereas the Finale (both repeats observed, the first movement is without expositional repetition) was articulate rather than exuberant, if bracing and dynamic, and with pungent contributions from oboes and bell-like ones from horns. Centrally, the slow movement came across as impatient. 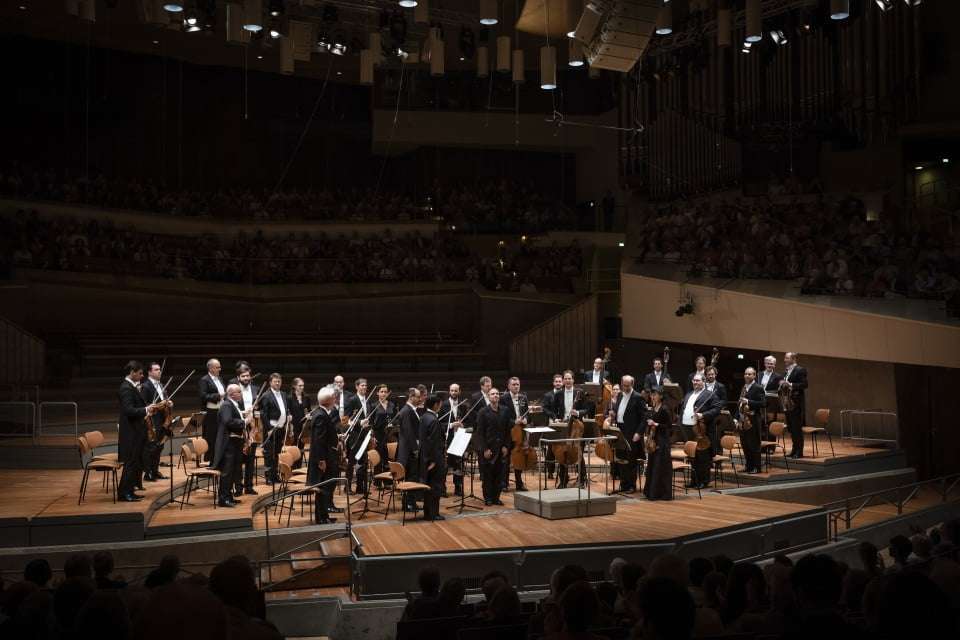 Shostakovich’s Eighth String Quartet (1960) is a grim and eruptive piece dedicated “to the victims of fascism and the war”, written in Dresden when the composer was there scoring the film Five Days, Five Nights, documenting the bombing of that city during World War Two, an act that at the time also inspired Richard Strauss’s Metamorphosen. Rudolf Barshai’s string-orchestra version works well, and was given a reading of compassion and clout, the opening trademark DSCH motif shrouded in doubt, the reference to the First Symphony nostalgic, trepidation all around, then the tension breaks, rhythms pound – acerbic, driven – becoming a spooky/spiky dance in the third movement (with reminiscences of Cello Concerto #1, Barshai occasionally retaining the quartet writing) before the remaining two movements, introduced by violent stabs, return to doom, gloom and sadness. Carydis’s sense of theatre (he is often found conducting in an opera house) paid dividends for this performance – he held a long and significant silence at the end – played with sensitivity and trenchancy.

In his younger days, and pre-World War Two, Shostakovich wrote Two Pieces for String Octet (1925). Prescient music, for (with hindsight) the concentrated first of them looks ahead to the C-minor Quartet, and also shares some style with the already-composing, younger, Britten (the two would become friends) while the hectic/adventurous second displays a composer out to shock (at least his professors). Then the big one, Mozart’s ‘Prague’ Symphony: big because Carydis observed every repeat (including both halves of the first movement, rare). Like them or not, Carydis brought many distinctive touches to this wonderful score, although a touch more vibrato would have been welcome. Following a first movement of purpose (timpani to the fore), clipped as it could be, ruthless even, vivid certainly, the slow movement was turned into a quick if elegant dance, not unpersuasive, save the music’s pathos simply wasn’t present, lost to the rhythm. Carydis likes his pauses and subito louds and softs – somewhat mannered at times – but all was joyous in the buffa Finale; nippy, yes, if poised and precise, and bubbling with humour; dramatic drums signalling the development, twice.