Bruckner
Mass in E-minor [Revised Version]
Symphony No.6 in A [edition not stated] 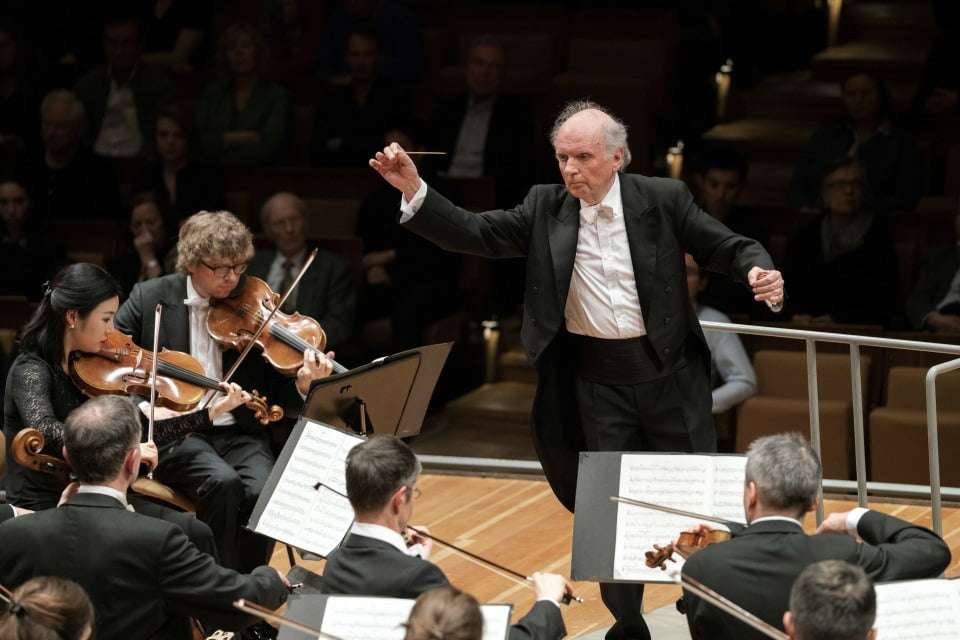 It was just a year ago that Mariss Jansons conducted the Berliner Philharmoniker in Bruckner’s Sixth Symphony; now it was Marek Janowski’s turn, a Bruckner statesman, not least in Geneva (Suisse Romande Orchestra) and Paris (Orchestre Philharmonique). In Berlin, the Majestoso first movement was given with a tempo that served articulacy and direction and also a through-line that dovetailed the exposition’s subjects, not least the rapturous third and into the development, here intense and making the recapitulation inevitable, the extended coda long-breathed, the playing resplendent. The slow movement, again ideally judged in most respects, was a mix of radiance and soulfulness, although at times a little more expanse was craved. The Scherzo could have been more Nicht schnell (Colin Davis proved that) if finely considered on its own terms, the Trio nicely languorous, pizzicatos whimsical and horns noble. With a Finale that was given a strong sense of objective (something of a gallop, certainly fleet) and a determined and blazing arrival, dance and reflective aspects integrated, this was a notable performance. As a visual postscript, Janowski wears his intellect seriously, totally focussed on what he’s doing, somewhat severe; yet in the first movement something came off to his delight and he broke into a broad smile. 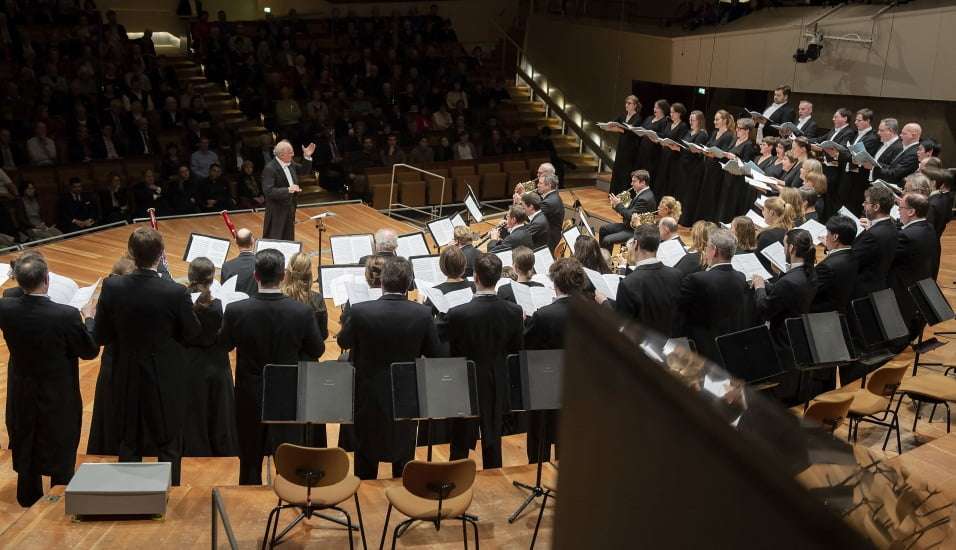 The first half had consisted of the second of Bruckner’s three Mass settings, an elusive affair, maybe, but there is no doubting the composer’s sincerity – some might say blind belief – in which it seems that his signature style is masked by his Catholic devotion; if guessing the composer, some of the writing is closer to Berlioz (his Grande Messe des morts in particular) than to the Austrian. The scoring is for chorus with woodwind (without flutes) and brass. Janowski, whether cueing entries or moulding the music, was without a baton (he had one for the Symphony), and he didn’t give much away visually, but the performance said it all – a labour of love without being obvious about it – and whether a cappella, quietly penitent or (rarely needed) singing with lustrous loudness, Rundfunkchor Berlin (a professional body) was superb, luminous in timbre and pitch-perfect with Bruckner’s ancient harmonies, the fifteen members of the Philharmoniker equally fastidious. The E-minor Mass is curiously secret yet it has undoubted deep conviction, compelling when performed like this (a score not included in a Philharmoniker concert since 1972, led by Eugen Jochum) if asking questions not always answered as to what is being said musically – but there is no questioning the inward expression, maybe it’s a confession. Little is fast-moving, and when there are such passages they are measured; nor is there much in the way of drama, so moments of grandeur (with concomitant dynamics) stir the spirit, yet the whole in this account was unusually compelling, offering much enlightenment as to what this particular Mass setting is all about.