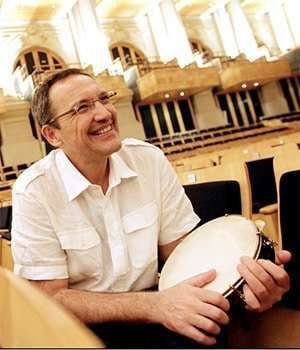 Argentine-Jewish composer Osvaldo Golijov’s La Pasión según San Marcos (2000) was given its American premiere in 2001 by the Boston Symphony under this same conductor, Robert Spano, currently music director of the Atlanta Symphony Orchestra. The work, one of four Passions commissioned by Helmut Rilling to commemorate the 250th-anniversary of Johann Sebastian Bach’s death focuses on the faith of the Latin-American people, evoking the music of street processions and dance forms—rumba, mambo, salsa, and tango. La Pasión is an enactment of Latin American Catholicism informed by non-Christian religions and a variety of Latin cultures; it is music as theater. The work contains portions of the Gospel According to St Mark, taken from various Spanish translations and rendered in English according to the King James Version, a Galician poem, fragments of Psalms 113-118 and Lamentations, and Kaddish, the Jewish prayer for the dead. La Pasión is sung in Spanish, Galician, Latin and Aramaic. Instead of surtitles, a booklet containing the text and translation was given to us. 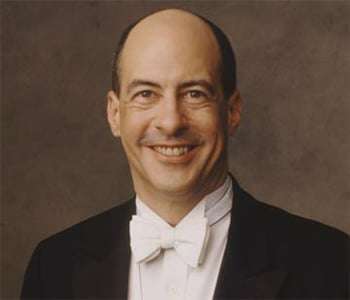 Golijov’s Passion, like Bach’s, employs instrumental ensembles, chorus, and soloists to tell the story. There the similarity ends. From the opening ‘Vision: Baptism on the Cross’, featuring trumpet-calls accompanied by drums, strings, and accordion, to the closing Jewish prayer for the dead, this is a work like no other. The superb chorus and percussion (mostly drums of various types) propel the narrative. Sometimes the chorus becomes individual. In the ‘First Announcement’ the choristers sang the role of Jesus in a wonderful layering of parts, evoking the distant sound of Orlando Gibbons’s Cries of London, but with a Latin beat. At other times, in ‘Morning: Before Pilate’, their singing was nasal, almost bewitched, and in ‘To Golgotha’, a hysterical mob marched to an Afro-Cuban rhythm.

The stage-picture was never static: performers entering and leaving, dancers bounding on, the chorus dividing into two or three groups with soloists emerging, a brilliant salsa singer-drummer appearing from the percussion section, and a pantomime crucifixion entering from the audience. Biella da Costa sang to beautiful effect Jesus’s aria, informed by Brazilian rhythms. Jessica Rivera, as Peter, gave a faultless performance of the poem Colorless Moon, her burnished voice supported by strings in the style of Couperin.

The artistry of Orquesta La Pasión and Schola Cantorum de Venezuela, combined with the high-level playing by the BSO’s strings, brass, and percussion yielded a performance that left us in stunned silence until an ovation erupted. The composer was called to the stage to receive cheers along with the performers.