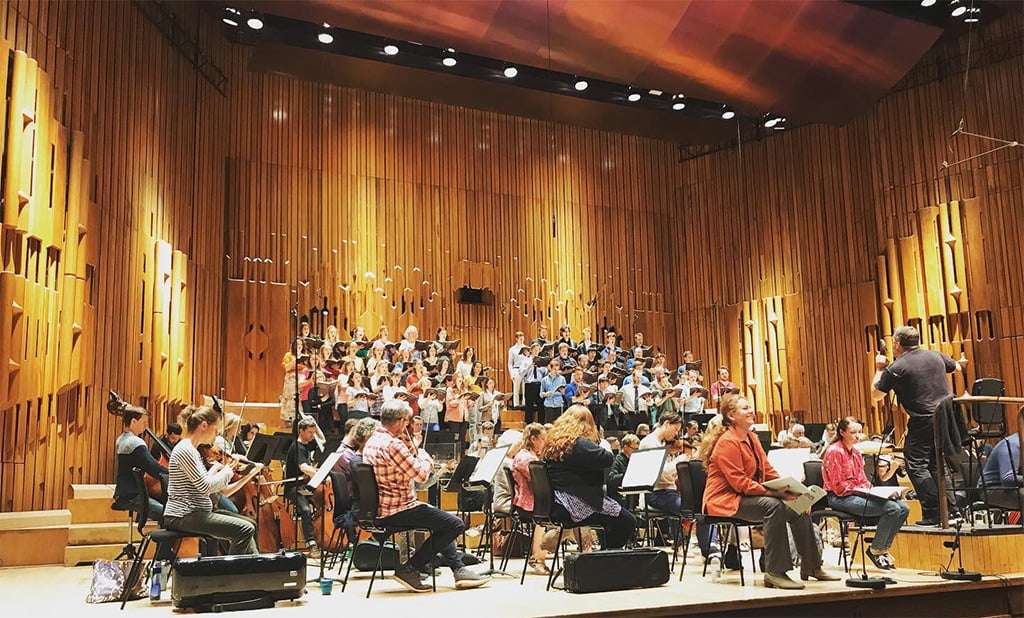 This final instalment of Thomas Adès’s Beethoven cycle – which has been recorded for future release – offered a very fresh account of his final Symphony, premiered in 1824, three years before his death. Adès’s reading of the ‘Choral’ had a clarity and vitality redolent of Norrington or Hogwood, while at the same time paying the fullest regard to the intense lyricism pervading the work. In the first movement there was not a hint of portentousness, rather a steady dramatic development, pointed up with a truly remarkable contribution from the horns, whose ripe and rustic tones coloured the argument in a most distinctive fashion. Adès shrewdly reserved full force for the development section, in which there was the impression of cosmic energy being released, with timpanist William Lockhart making a notable contribution. In the Scherzo there was much to admire, not least from bassoons, chattering woodwinds, and the horns again. The latter also distinguished themselves in the heart-easing Adagio, in which well-judged dynamics, and very discreet pizzicatos, worked extremely well.

Following the attacca start to the Finale, Adès drew playing of striking gravitas from the lower strings, leading to violins and bassoons introducing the ‘Ode to Joy’ theme with much sensitivity, until it blazed with full grandeur. Matthew Rose launched the vocal proceedings with great resonance, and the combined choral forces belied the fact that they numbered hardly more than fifty souls, to produce a tremendously secure and exhilarating result. Indeed, exultation was in no short supply, there were confident contributions from the vocal quartet, Adès urging all concerned to deliver the Symphony’s final pages in jubilant fashion.

Completing the Gerald Barry survey that has graced these six programmes, Jennifer France sang The Eternal Recurrence (Die Ewige Wiederkehr). From 1999, it sets words by Nietzsche, some in English translation. Die Ewiger Wiederkehr occurs in Nietzsche’s Also sprach Zarathustra: Ein Buch für Alle und Keinen, in which he posits the notion that life, and all it comprises, inexorably has the potential to be repeated without end. The last two lines of this section of Nietzsche’s great work read: “But all joy wants eternity, Wants deep, deep eternity”, lines that Mahler also uses in the fourth movement of his Third Symphony. Barry’s is a relentless and fast-moving setting, which is probably designed to reflect the unsettling words: “All eternal joy longs for the ill-constituted.” With its clusters of sound – brass players frenetically to the fore and France confidently reaching several high-Cs, the diverse nature of elation (its attractive and less-attractive elements in Nietzsche’s vision) assailed the ears with great force.