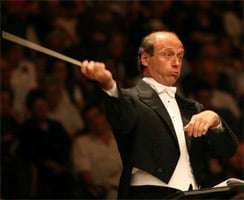 On paper, this was an excellent programme with which to begin the 2008-9 Shell Classic International Series, devoted to Great Orchestras of the World but including one or two ensembles over the coming months which might not invariably be so described with universal agreement. Nonetheless, the Budapest Festival Orchestra, celebrating 25 years of its existence, was a worthy opener to the series, the more so as the musicians were under Iván Fischer their principal conductor (and co-founder) who has moulded and remained faithful to them during that quarter-century.

Schoenberg’s Verklärte Nacht, it has often been rightly claimed, is one of the more significant scores of its time (1899) in that in its original form as a string sextet it is the first chamber work to be written with a programmatic background. Schoenberg later made two versions for string orchestra, the second of which opened this concert.

In most respects, this was an extremely well-played and well-paced account, wherein the violins coped excellently with the difficulties of Schoenberg’s very high writing; Fischer’s direction was, in the main, excellent in that he avoided the tendency (no more than that) for the music to come across as a hyper-sentimental piece of emotional effusion, but at times it was difficult to follow every aspect of his direction. This was because the work was performed with no fewer than 53 players – surely, far more than Schoenberg ever intended, in whichever of the string orchestra versions he made.

The result was, mostly (and especially in the unsatisfactory acoustics of the refurbished Royal Festival Hall), to reduce the pellucid lines of this work to a thick, almost glutinous, sound. Those essentially intimate pages in the score wherein solo players are used came as a welcome contrast, but the contrast was too great for organic cohesion. On balance, this performance showed this orchestra’s string section in a fine and expressive light, and Iván Fischer’s tempos were admirable. 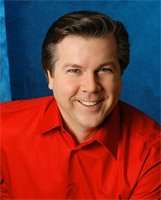 Mahler’s “Das Lied von der Erde”, dating from ten years later, was generally excellent. Fischer had the advantage of two exceptionally fine soloists. Robert Dean Smith made a deep impression, surpassing his noble account of the work at the Proms – with Orchestre de Paris under Christoph Eschenbach – of a few years ago.

Yvette Naef, on magnificent form, partnered him on that occasion, but Christianne Stotijn proved an admirable choice in every respect. The part ideally demands a true mezzo-soprano (which Stotijn is) rather than a contralto (given the singer’s opening phrase, beginning pianissimo on top F, and the high Gs in the concluding pages of ‘Der Abschied’), and in terms of consistent timbre and tone, as well as musical understanding, this was a very fine performance. Occasionally, however, her enunciation, especially in ‘Der Einsame im Herbst’ and in the “Ich wandle auf und nieder…’ passage in “Der Abschied”, left something to be desired.

The orchestral playing was consistently very good – it was certainly a novel experience to see the timpanist doubling on triangle! – and Fischer’s internal balance coped well with inherent Festival Hall problems, but he began ‘Der Abschied’ far too soon after the close of ‘Der Trunkene im Frühling’ – the final song inhabits a very different world from the previous five. Nor was Julian Haylock’s programme note at all insightful; the work is a genuine symphony (Mahler described it so) in two parts (as the Eighth), not to be described as such (as Haylock did) in inverted commas, and to speak of “the rich Romantic pastures of Bruckner and Brahms” is hair-raising nonsense; living during the high-Romantic period in music did not make them Romantic composers, any more than being born in a stable makes one a horse.