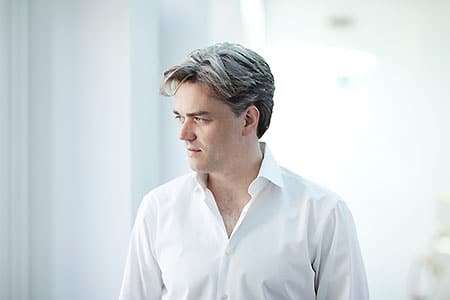 Mendelssohn’s symphonic output has been a feature of the City of Birmingham Symphony Orchestra’s current season (the previous concerts took place at the Town Hall last October) and the cycle, which cannot be thought of as a logically unfolding sequence, concluded here with his Second Symphony. Indeed, the Hymn of Praise (1840) might not be counted a symphony at all. Written to mark the 400th-anniversary of Gutenberg’s invention of printing, its Leipzig premiere afforded Mendelssohn one of his greatest successes: evident not least in terms of British performances over the next seven decades. After the First World War, its stock fell much as did that of its composer and, even today, performances are by no means numerous (can it really be 40 years since the piece was given in Birmingham?).

Whatever else, Edward Gardner’s was a reading that admitted of little false opulence and absolutely no sentimentality. Although comparisons with Beethoven’s ‘Choral’ Symphony were made right at the outset, Mendelssohn’s designation of his work as a ‘symphony-cantata’ leaves little doubt as to his intentions. The first three movements have an essentially introductory purpose – the initial bars setting out the imposing trombone theme which returns across the work and provides a ‘motto’ for all that is to come, followed by an Allegro where Gardner was particularly felicitous during the transition from the hectic development to the easeful re-emergence of the second theme. In the Allegretto, typically Mendelssohn in its synthesis of scherzo and intermezzo, he rightly brought out the shifting unease implied by its ‘un poco agitato’ qualification – and with the Adagio a song-without-words whose ‘religioso’ marking was never an excuse for indulgence. The arrival of the choral ‘finale’ was the more arresting through Gardner’s refusal to overdo the rhetoric in one of the composer’s most striking transitions.

The main problem henceforth is to prevent the vocal numbers from seeming arbitrary in their follow-through. That this did not happen here was owing to the swift though not inflexible tempos Gardner favoured, as well as a subtly changing expressive emphasis so that constituent sections cohered into a balanced and cumulative whole. He was aided by mellifluous singing from Sophie Bevan – her limpid tone complemented by the darker timbre of Mary Bevan in their poignant duet and an eloquent showing from Benjamin Hulett (replacing Robert Murray at short notice) in the ‘Watchman’ aria that was one of Mendelssohn’s inspired additions in 1841. The CBSO Chorus was assuredly not lacking impact in the energetic settings, while the chorale “Let all men praise the Lord” avoided stolidity through its unforced pacing and luminous accompaniment. Redolent of Handel while anticipating Brahms, the final fugue was vividly rendered – with the climactic return of the initial theme making for a decisive apotheosis. Whether or not a masterpiece, Hymn of Praise remains a work to reckon with.

At around 65 minutes, the first half in comparison was likely to be relatively lightweight (though that 1973 performance was preceded by Rachmaninov’s The Bells!). Gardner not unreasonably opted for more Mendelssohn. The first and third of the motets that comprise the composer’s Opus 39 (1837) are a reminder of the extensiveness and versatility of his choral output: ‘Veni Domine’ is an appealing restrained invocation, while ‘Surrexit pastor bonus’ takes in a winsome duet for sopranos before ending with an effervescent four-part invention. The CBSO Youth Chorus brought out the elegance and precision of Mendelssohn’s writing in full measure, Gardner directed with real incisiveness and Julian Wilkins provided the lithe organ accompaniment.

Before this, a welcome revival for Calm Sea and Prosperous Voyage (1828) – yet another work by Mendelssohn that has faded from view (as, of course, has the overture as a genre from concert programmes as a whole, very regrettably) but whose placid introduction, from which germinal motifs emerge as if on a whim, is among his most affecting inspirations. While the ensuing allegro makes a lesser impression, its melodic appeal is undoubted and Gardner had the measure of its lively progress on to a heady apotheosis – drums and trumpets signalling a triumphal homecoming – before easing with keen poise into a recollection of that earlier serenity. Certainly the recorded cycle (Chandos) now in progress from this partnership should be one to savour.