This City of Birmingham Symphony Orchestra concert represented a clever bit of programming. While the main work was Stravinsky’s The Firebird – the score which made their 2009 Proms appearance such a notable success – the evening began with music by Anatoly Liadov, the never-quite-made-it man of Russian music. If he is known at all, it’s as the composer initially commissioned by Diaghilev to write the ballet music for The Firebird, who then got dumped in favour of Stravinsky. Liadov’s apparently pathological inability to start things meant he was not productive, and what he did write is little recognised outside his native country. But his brief symphonic poem Kikimora is a vivid illustration of how things might have been: a beautifully crafted work with a natural instinct for orchestration.

What made this performance fascinating was to perceive tiny flourishes of stylistic and coloristic detail, notably when the sorceress Kikimora flies off into the night; heard out of context, these moments could have come straight out of The Firebird. It suggests that, with Stravinsky, it was not simply a question of taking Liadov’s commission but bits of his musical ID too, along with that of various others. Musicological niceties apart, Andris Nelsons made of Kikimora an elegant curtain-raiser, with its expressive cor anglais solo and glitter of celesta, and then its flurries of figuration finally disappearing into thin air.

Nelsons’s own implicit instinct for orchestral colouring and the finesse with which he controls his forces continue to make his music-making revelatory. Having attuned the ear to the connections between Liadov and Stravinsky, the detail which emerged in the performance of The Firebird was stunning. The difference in orchestration between the original and the more frequently played suites (the latter scored for a smaller orchestra, the one from 1911 retaining the original orchestration) gives added interest, but what emerged in Nelsons’s interpretation was the bold narrative sweep of the music. Surtitles helped flag up the different sections, but even without them, the characters were so vibrantly depicted as to be immediately recognisable, conjuring all the elements of fantasy and magic that had so appealed to Diaghilev in the traditional Russian legend. The music for The Firebird itself carried a hovering, fluttering brilliance, while in the Appearance of the 13 Enchanted Princesses, the strings produced the most ravishing tone. Wind solos were impeccably delivered, with the bassoon solo reflecting Kashchei’s Awakening in particular capturing something intrinsically Russian. 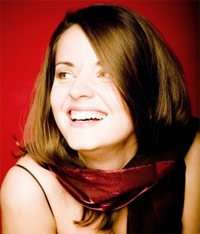 Nelsons seems to give free rein to his principal players, yet his placing of significant harmonies and strategic emotional points was matched so subtly to the melodic line that what had the effect of spontaneity was clearly meticulously prepared. The overall span of the work was also carefully judged: tension was ratcheted up in the sequence leading to the Death of Kashchei so that the Profound Darkness which followed was simply spellbinding. The music’s final moments of General Rejoicing were quickly replicated by general rejoicing in Symphony Hall. There can be no question that Birmingham – players and audience alike – have taken Nelsons to their hearts.

The reception for violinist Baiba Skride, had been just as ecstatic. Between the Liadov and Stravinsky, she and Nelsons had given a perfect performance of Shostakovich’s First Violin Concerto, the empathy between soloist and conductor creating a slow-burning intensity. Skride is totally without affectation, playing with a natural poise that brings lucidity to the overall line while making light of the considerable technical demands. The cadenza – appearing to explode out of the end of the passacaglia slow movement and then creating the propulsion to launch the orchestra into the finale – was awesome.